8 units to try as Daemons of Chaos in Total War: Warhammer 3

Even by the standards of the second game, Total War: Warhammer 3 is stuffed to the gills with units, legendary lords, and new stuff to try. So much so that for the first time we’re getting a taster faction in the form of the Warhammer 3 Daemons of Chaos, lead by a fledgling daemon prince who hasn’t quite decided what he wants to be when he grows up.

The prince recruits units from all four of the other daemon rosters, and if you’re playing his campaign first with no indication of those other faction’s playstyles, it can be a little overwhelming. However, experimenting with daemonic combos and recruiting ever more mind-bending horrors to your ranks is all part of the fun. Still, if you want some powerful daeomic units to sample from each roster, I’ve made a list of some of my favorites below. 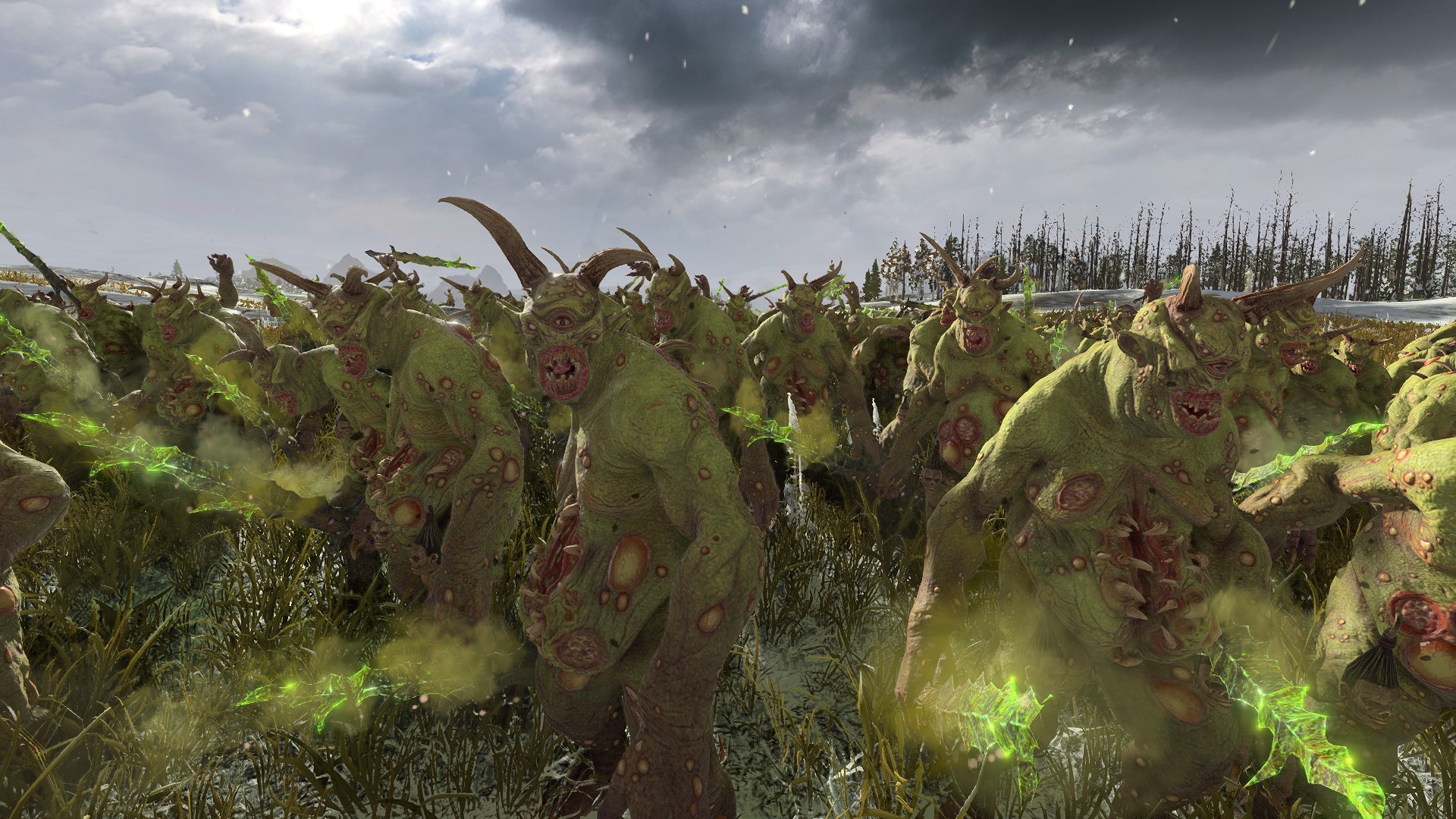 Few units sum up Nurgle’s playstyle better than the Plaguebearers, frontline infantry who lumber forward like a zombie horde to drown the enemy in a tide of green. But unlike zombies, this unit is pretty tanky, and has the biggest health pool of any infantry in the game. The Exalted variant also have poisonous Death Heads they can lob at the enemy before getting into melee. They may be slow, but they make for a hardy and inexorable frontline as you fight on the flanks. 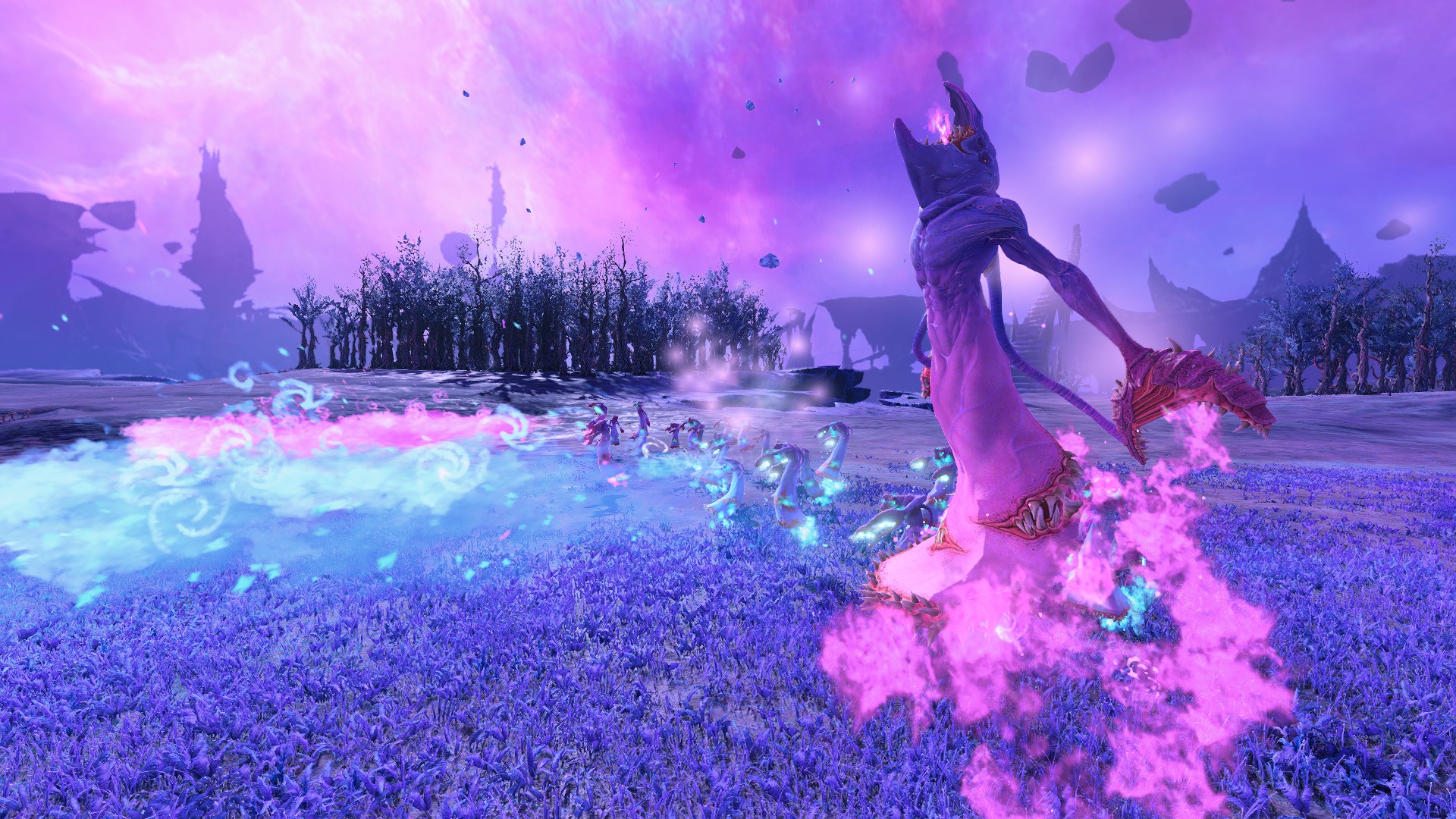 If you’re a fan of the Irondrake experience of melting an entire unit of goblins with flamethrowers, or Miners chucking blasting charges into a sea of Clanrats, the Flamers of Tzeentch may be your daemon preference. Though they lack the range of the Blue and Pink Horrors, they are excellent at vanquishing chaff and disrupting charging units. The Warpflame effect they apply also reduces armor and fire resistance for follow-up volleys, or to weaken enemies before they hit your frontline. 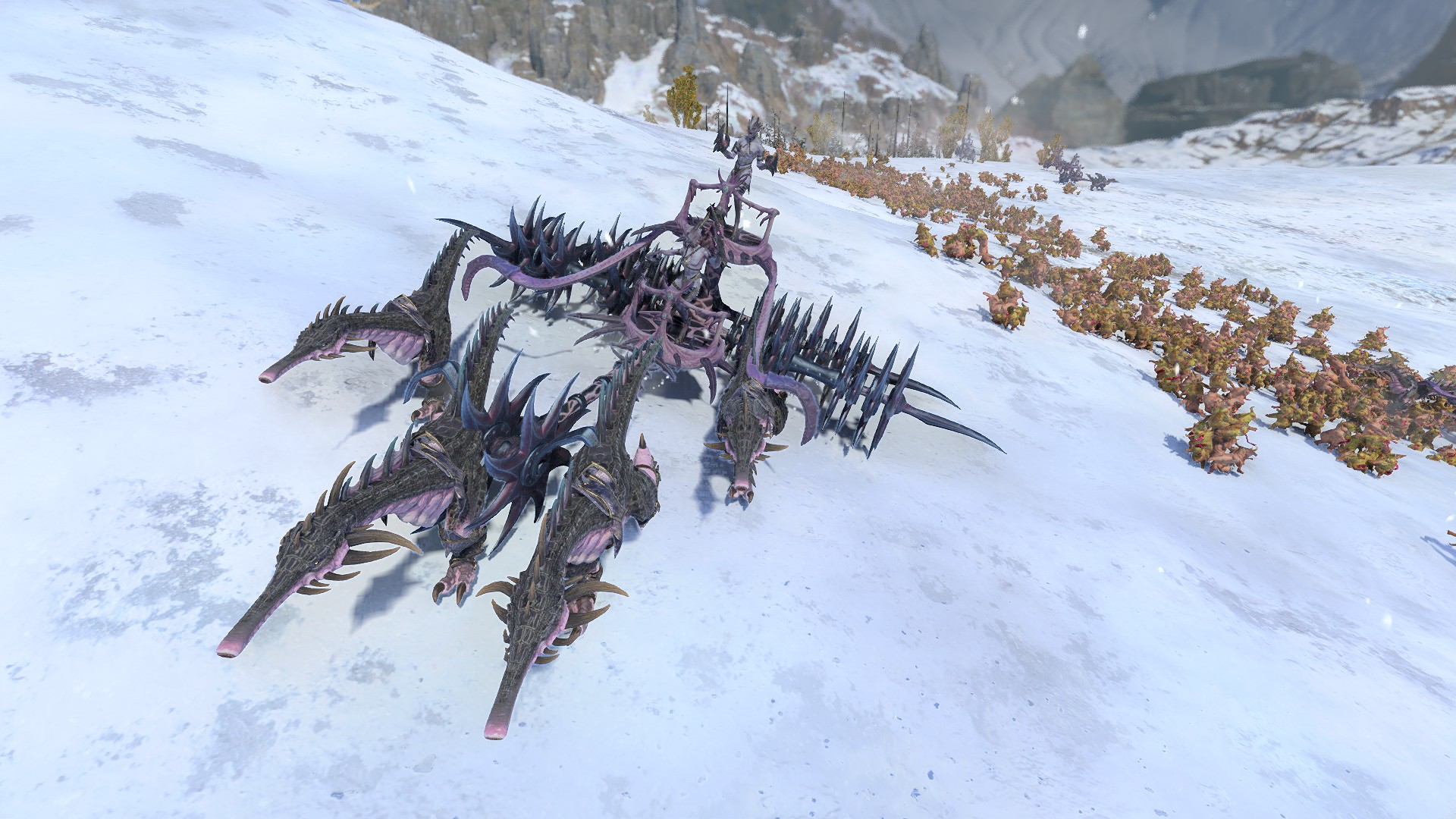 Slaaneshi armies are made to hit hard and fast, and their array of whirling bladed chariots are some of their best tools for breaking infantry. While Slaanesh’s units are quite squishy for the most part, they make up for it with speed and their ‘Devastating Flanker’ passive that doubles charge bonus if you hit an enemy in the side or rear. This makes their roster perfect for picking out some flankers to add to your own army. The Exalted Seeker Chariot in-particular, is essentially a combine harvester, and can smash infantry apart. 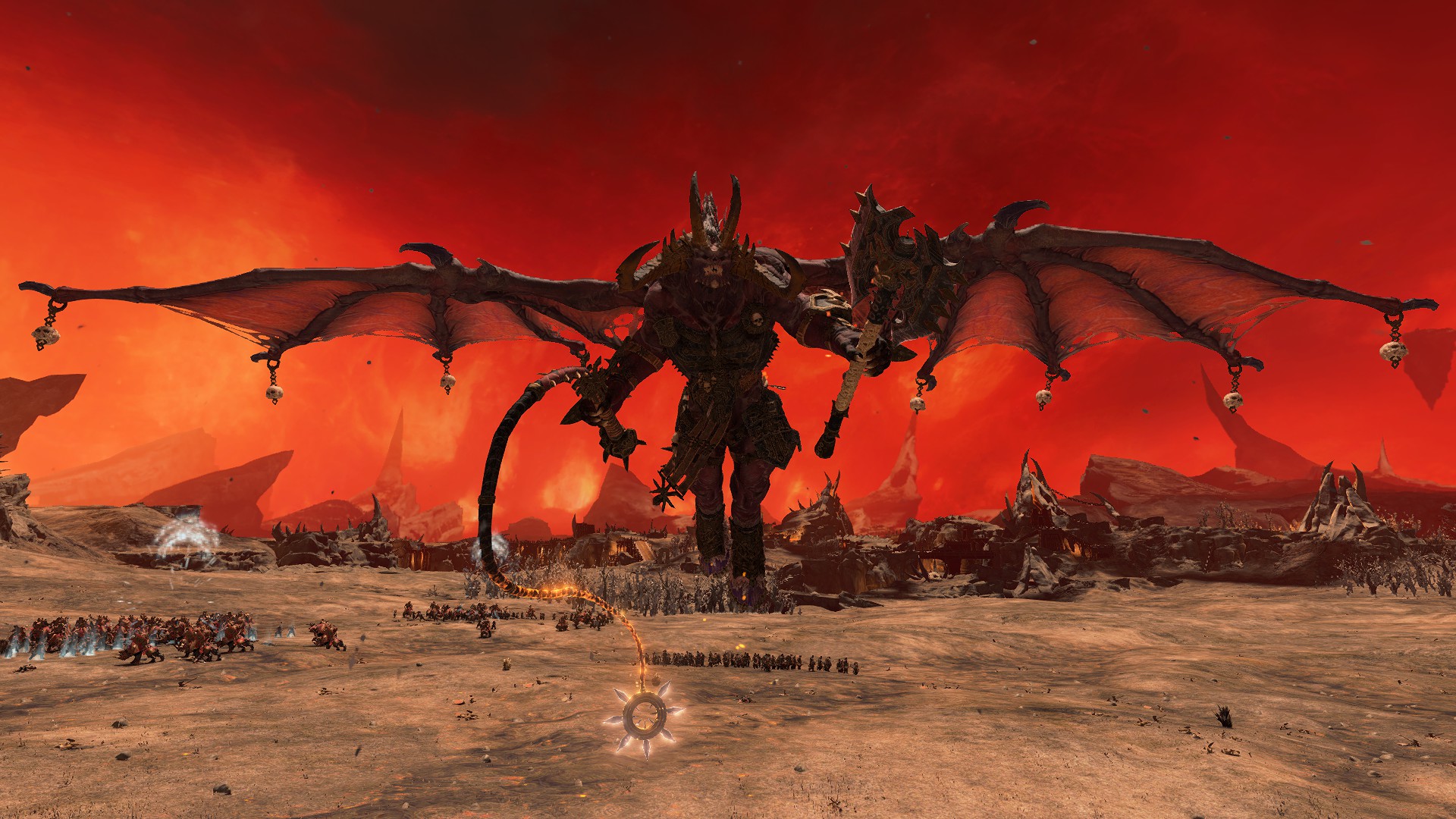 The most iconic Greater Daemon in the Warhammer setting, the Bloodthirster is a straightforward unit that’s just really good at killing stuff. Even though the Great Unclean One hits a little harder, the Bloodthirster compensates with a scary statline, speed, and the ability to swoop around the battlefield to fight whoever he feels like. Not to mention, he channels those classic demon vibes with his overall Balrog aesthetic. 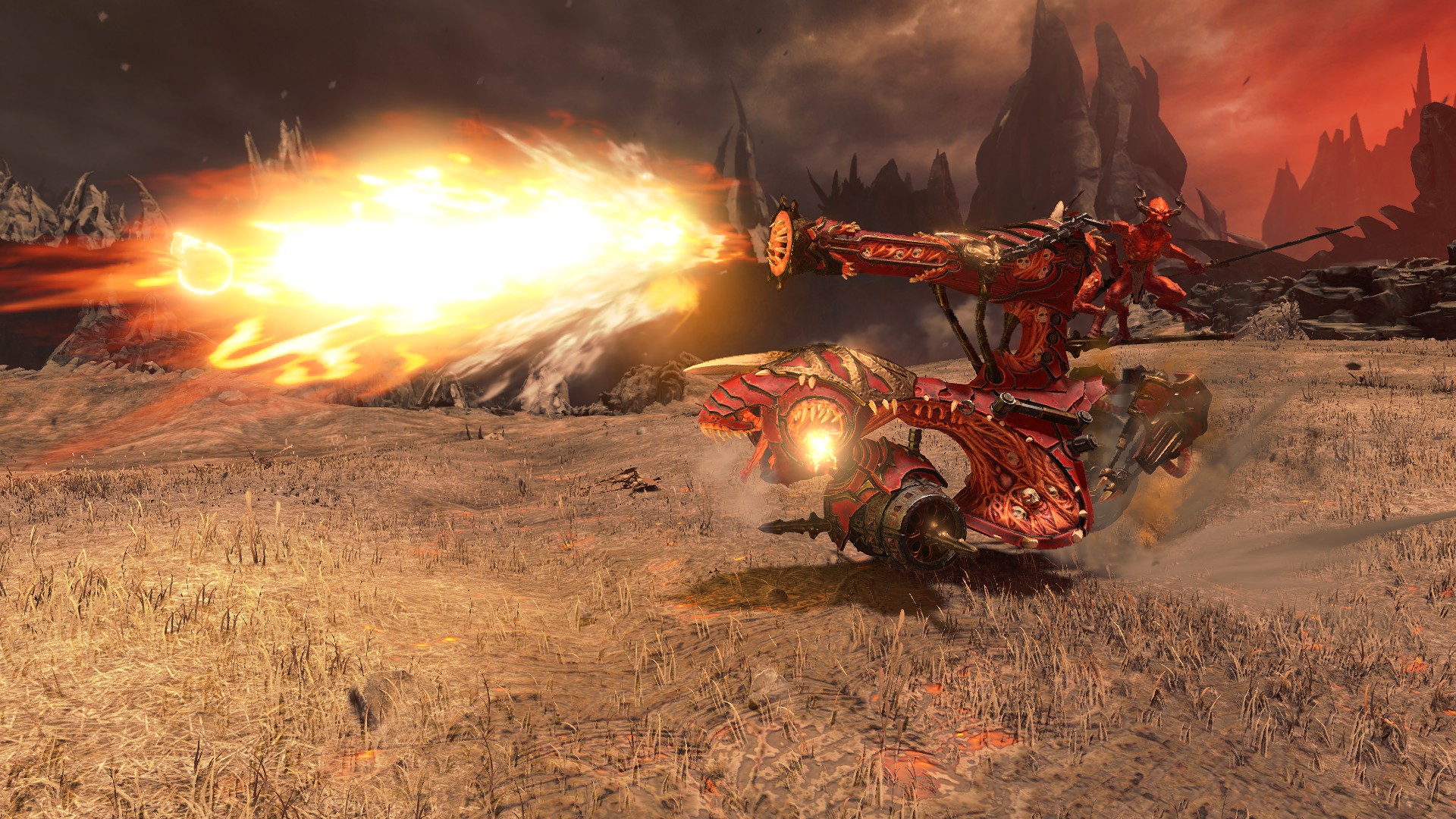 Aside from Soulgrinders and Kugath chucking his plague babies at the enemy, the daemonic roster doesn’t feature much in the way of artillery. In fact, the only artillery piece is Khorne’s skullcannon, and even then, you can tell it was conceptualised by a god who prefers melee to ranged. The Skullcannon is a cross between an artillery piece and a kind of motorbike chariot? The best thing about them is they can fire while moving and even in breaks between melee, meaning while they’re skidding around in the enemy ranks, they still let off the odd point-blank explosive shot into tightly packed troops. 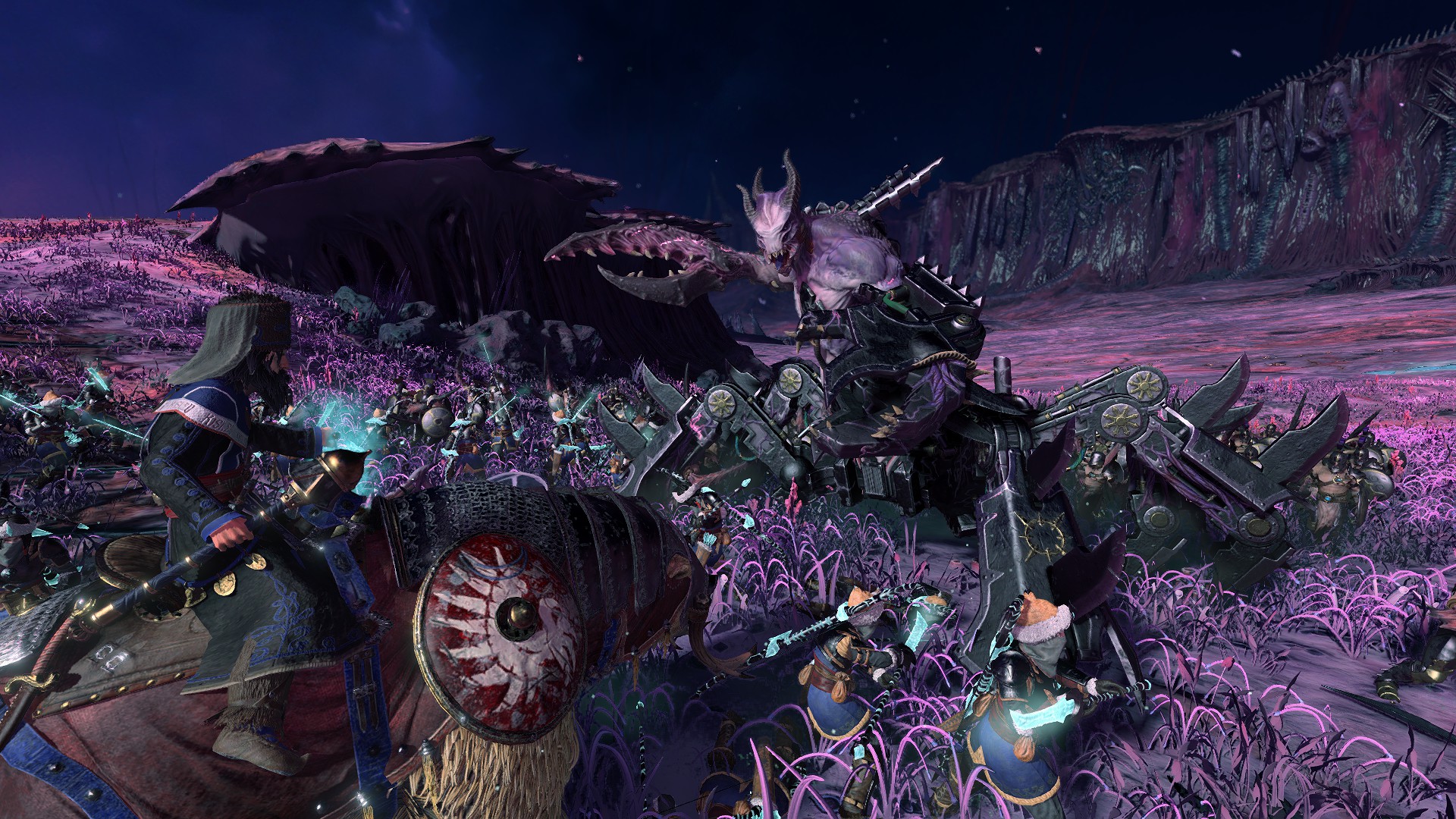 As with the prince himself, these spider-legged, reanimated daemons come in four flavours—one for each of the Chaos gods. They represent one of the best ranged daemon units, since they can deal magic, poison, and fire damage over a long distance, often making them the first to get sniped out by Little Grom or Cathay’s Grand Cannons. But if you can keep them alive, they add a lot of value to an army, which for the most part, doesn’t have many long-ranged missile options available. Except for the Slaaneshi soulgrinder, that is, who has anti-large for fighting big single-entities up close. 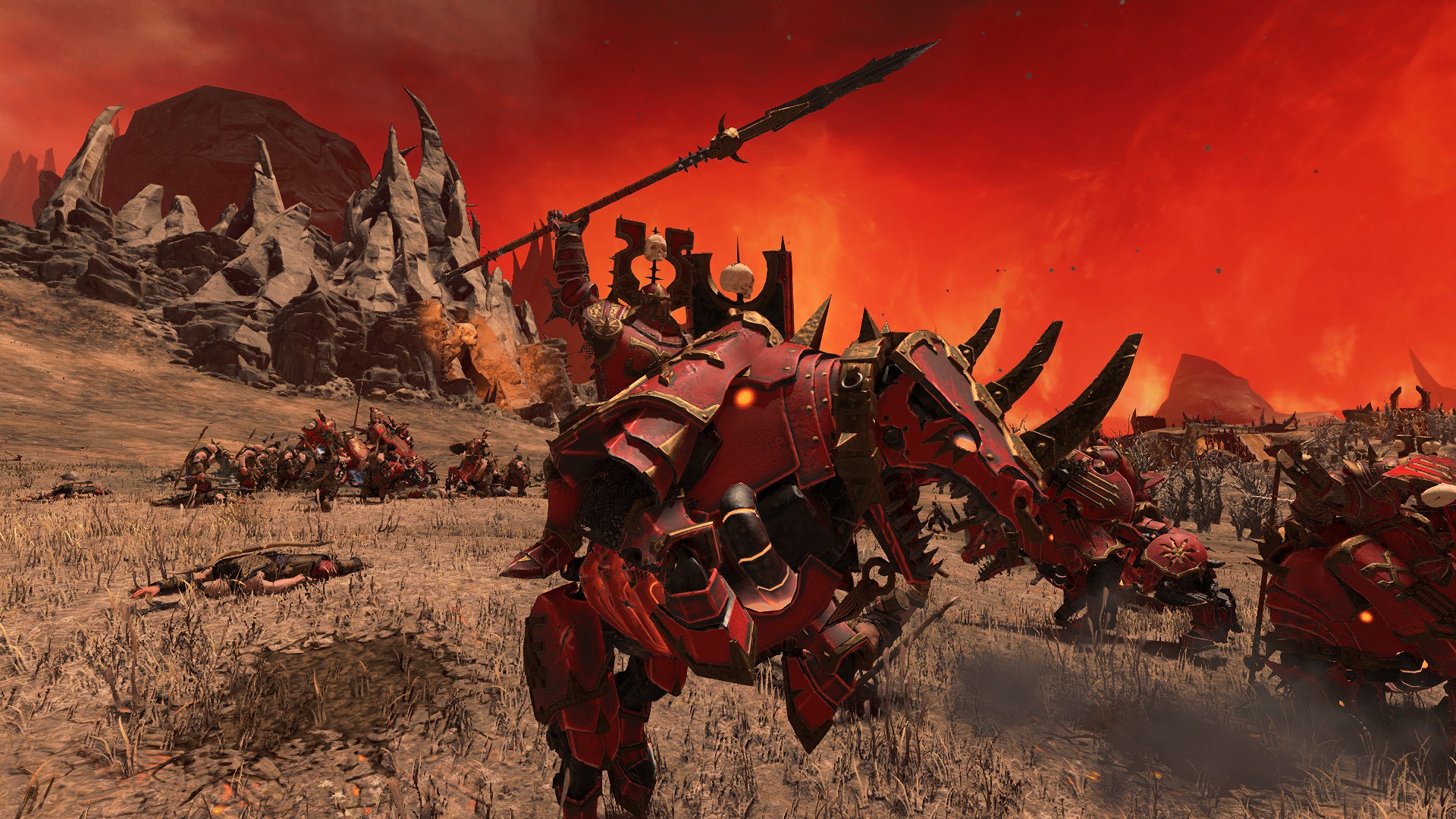 Putting the “heavy” in heavy cavalry, Skullcrushers have been hotly anticipated for a long time. They don’t disappoint either, with enough mass and charge to trample any infantry, and break them pretty quick if you catch them in the flank or unbraced. With frenzy, anti-infantry, and armour-piercing, they put up a good fight against most units. 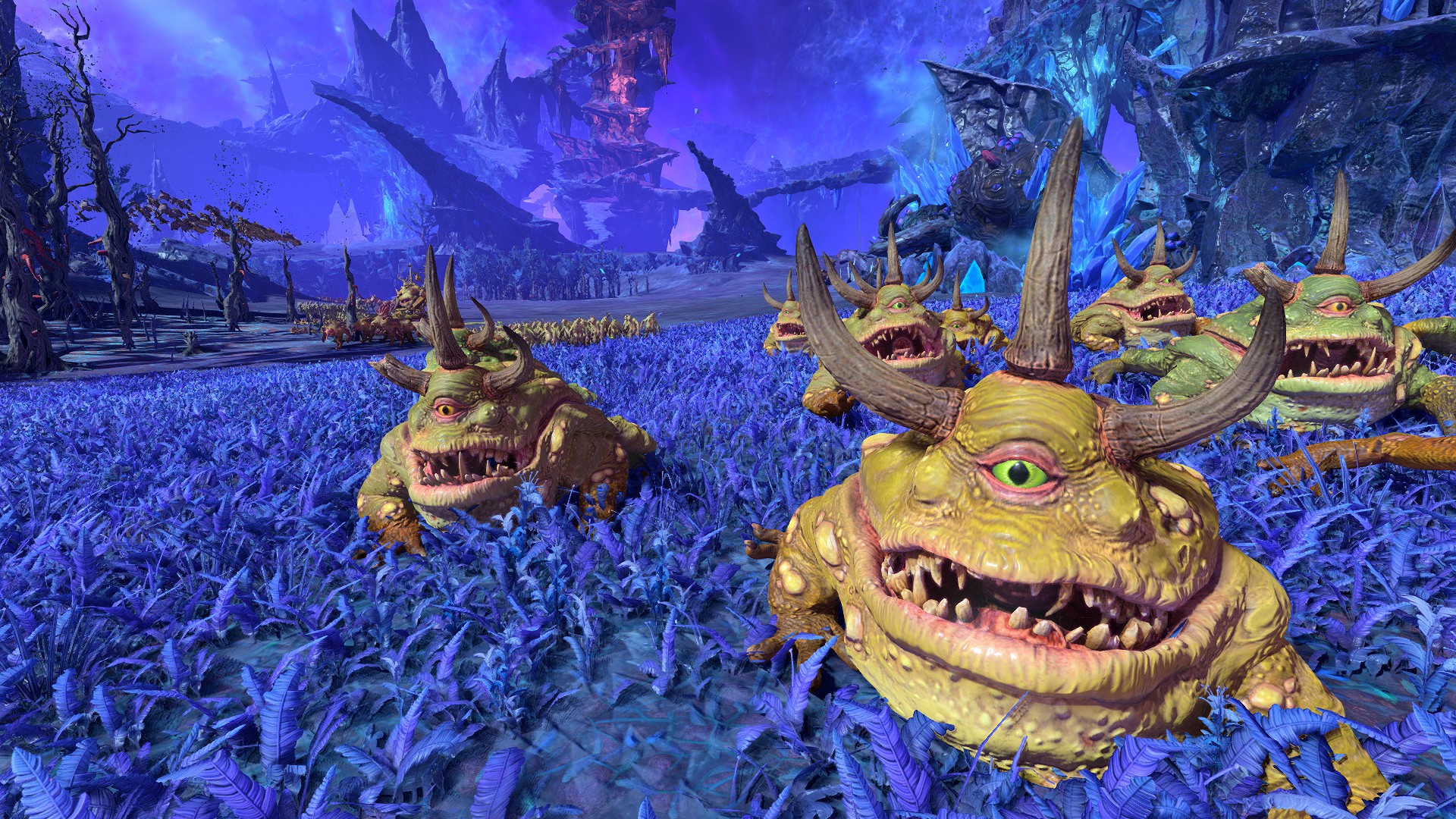 How can you say no to that face?