The head coach of Blacklist International Kristoffer “BON CHAN” Ricaplaza and the coach of ONIC Philippines’ (PH) Denver “Yeb” Miranda believe the current roster of Bren Esports to be a darkhorse in the upcoming Mobile Legends: Bang Bang (MLBB) Professional League (MPL) PH Season 9. Bren Esports had a rough competitive run last year and was not able to qualify for the M3 World Championship. However, the team has made significant changes to its roster by acquiring former ArkAngel players, a team that coach BON CHAN and Yeb believe to be worthy of being a part of the MPL PH esports scene.

Following the release of its pro players, Bren Esports announced the acquisition of former ArkAngel members along with new faces, soon to make their debut in the MLBB esports scene.

According to an interview from ONE Esports, both head coaches of Blacklist International and ONIC PH were impressed with Bren Esports’ new team roster for the upcoming MPL PH Season 9.

BON CHAN believed that the acquisition of former ArkAngel pro players will be one of the biggest reasons for the team’s improvement.

“They (Bren Esports) have players now that were former AA (ArkAngel) who deserve to join the MPL,” he said.

Yeb also revealed that he was earlier trying to recruit one of Bren Esports’ pro players, Saxa. He believes that the pro player has potential and may be a big asset to the team’s success.

“I respect these talented rookies, especially Saxa. I’ve been trying to recruit him for multiple seasons since I was in Cignal Ultra,” he said. 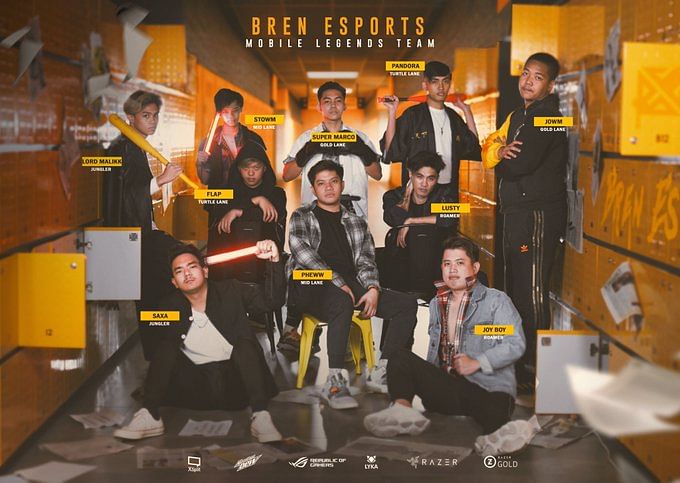 ArkAngel is one of the fan-favorite esports teams in the Philippines MLBB Esports scene. However, despite the team pulling off impressive victories in the MPL PH qualifiers, the team never made it to the regular season of the pro league.

The team was close to reaching the regular season during the MPL PH Season 6 and Season 7. However, it lost against Cignal Ultra in Season 6 and was eliminated by Laus Playbook Esports during Season 7.

Despite this, the team has been quite dominant in the MLBB amateur esports scene in the Philippines and now, its pro players have made their way into the MLBB professional scene.