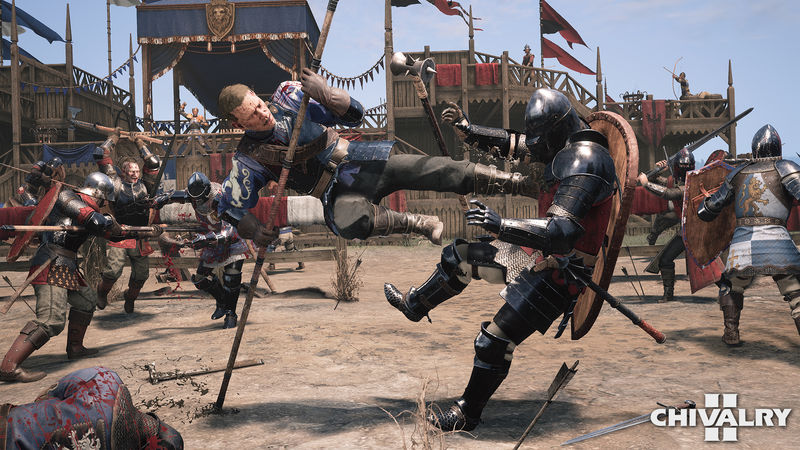 The latest Chivalry 2 DLC is out now and it’s “one of the largest yet” for the medieval multiplayer game. Chivalry 2: House Aberfell is a free update that adds a large-scale 64-player map, the ability to steal pigs and peasants, a new class, a huge Highlander sword – and “weaponised bees”. The sequel to Middle Ages multiplayer brawler Chivalry: Medieval Warfare released in June last year exclusively on the Epic Games Store, and has been steadily adding new content updates ever since. Today’s update House Aberfell adds another massive new 64-player Team Objective map based around the Highlands of Scotland. New map ‘The Raid on Aberfell’ is described as “the ultimate medieval battlefield” and features “the Agatha Knights invading the birth land of the Mason Order’s King Malric”. The trailer’s below, but the map isn’t the only addition Aberfell brings to Chivalry 2. For starters, there’s a new playable character class – the Druid, which comes complete with a powerful staff melee weapon and a variety of animal-based headwear. Speaking of animals, another addition is pig theft. In the middle of a match, players can steal hogs and even peasants to deny the other side access to food and labour. On the side of weapons, the DLC adds a giant, unwieldy highland sword that can cut multiple players in half – but more important are the “weaponised bees”. Players can find beehives on the battlefield which they can pick up and throw like bee grenades at opponents, causing area-of-effect damage. Expect a lot of Nicholas Cage impressions while playing.