CrossfireX Available Now for Xbox One and Xbox Series X|S

Today we’re proud to welcome you into our ranks as CrossfireX has officially launched on Xbox One and Xbox Series X|S! It has been a long road to get here and the Smilegate team is excited to meet you all on the battlefield.

CrossfireX is a competitive free-to-play first person shooter at its heart, that not only pays tribute to the legacy set by its predecessor but also builds upon it. FPS fans should feel right at home regardless of their playstyles as CFX offers both Classic and Modern modes.

We really wanted to offer the classic Crossfire experience with Classic mode while also having modern mode for playstyles that console players may be more familiar with. The result is an added level of choice for players, and we hope you are able to enjoy them both.

CrossfireX’s multiplayer offering will continue to grow, with new regular content updates coming in the future. While we would like players to sink their teeth with all the modes and maps available now, we also wanted to give you a glimpse of what is coming down the road.

Babylon is a new and special map that we are planning to release next month. 30 players will be able to utilize various elements spread out across this huge battlefield in order to contribute to their team’s victory. This is one of the biggest maps in franchise history.

To celebrate the game’s official release, we have put together a cinematic launch trailer to help set up the world of CrossfireX. Here you will get to meet Logan, a central character in the single player campaign Operation Spectre, in the middle of a tense negotiation. As a member of the Black List mercenary group, one of Crossfire’s major factions, this is not new territory for him. The trailer helps set the tone for what players can expect when they enter the world of CrossfireX.

Speaking of the single player option of CrossfireX, we are excited for you to experience both Operation Spectre and Operation Catalyst, the two solo campaigns developed in close partnership with Remedy Entertainment. Through these two Operations, you will get to see the perspective of both the Global Risk and Black List organizations dealing with a world-altering weapon. Remedy Entertainment has been able to really explore the narrative possibilities between the two iconic CrossfireX factions, through both action-packed sequences and more surreal dream-like scenarios. Xbox Game Pass members can play the Global Risk-centered Operation Catalyst right now.

We would like to thank our community again for all the love, enthusiasm and support you have shown us. We are so excited to finally launch, and we can’t wait to see where the fight takes you! Whether you’re joining the ranks of Global Risk or Black List in the single player campaigns or making a name for yourself in multiplayer, we’re glad that you’re with us. Continue to follow CrossfireX on Twitter, Discord, Facebook, Instagram, and YouTube to stay on top of the latest game news. You may even find some surprises like first looks at even more upcoming maps and other updates. 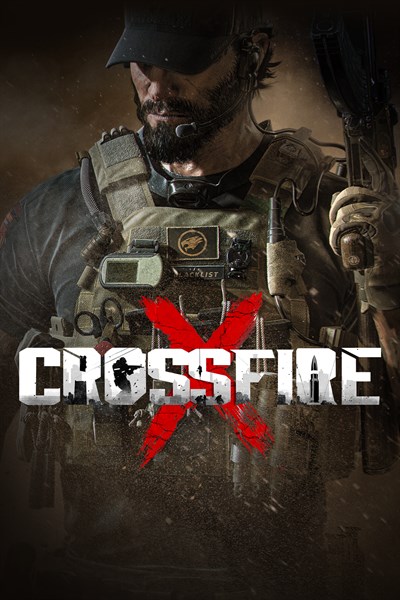 ☆☆☆☆☆ 292
★★★★★
Get it now
Xbox Game Pass
The legendary PC franchise comes to Xbox in a fast-paced first person shooter offering a variety of exhilarating multiplayer experiences and a cinematic campaign, developed in partnership with Remedy Entertainment, that explores the global conflict between the world’s two most formidable private military factions. Play it for free, only on Xbox.