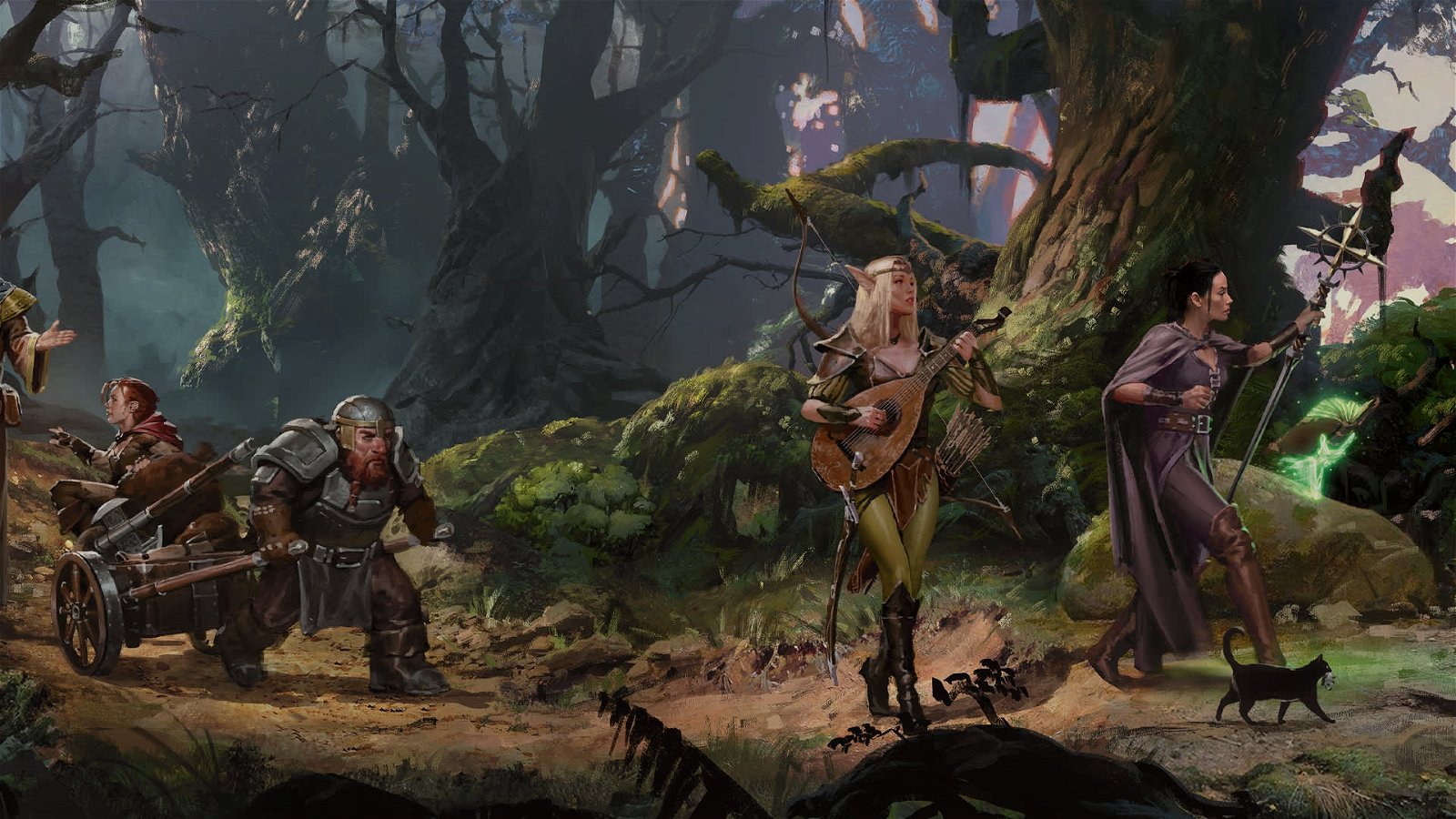 There are always new worlds to conquer in Dungeons & Dragons, and aspiring adventurers will find plenty of inspiration in the new Rules Expansion Gift Set. Whether you’re just embarking on your adventuring career in Fifth Edition, or if you’ve been playing for some time, this package stands to enrich your tabletop exploits.

The Rules Expansion Gift Set contains three valuable tomes and a Dungeon Master’s Screen, all featuring a unique foil-like treatment on their covers. Two of these books are reprints—Xanathar’s Guide to Everything and Tasha’s Cauldron of Everything—while the third is a new release, Mordenkain Presents Monsters of the Multiverse, which won’t be available solo until this summer.

Let’s begin with the new content. Monsters of the Multiverse is a very straightforward book, akin to the core Monster Manual. Containing well over 200 pages of monster listings, it could have also been called “Monster Manual Volume 2.” Granted, many of the creatures listed within are reprinted from other sources, like the similar Volo’s Guide to Monsters or Mordenkainen’s Tome of Foes, but these reprints have subtle updates that make a big difference at the game table. 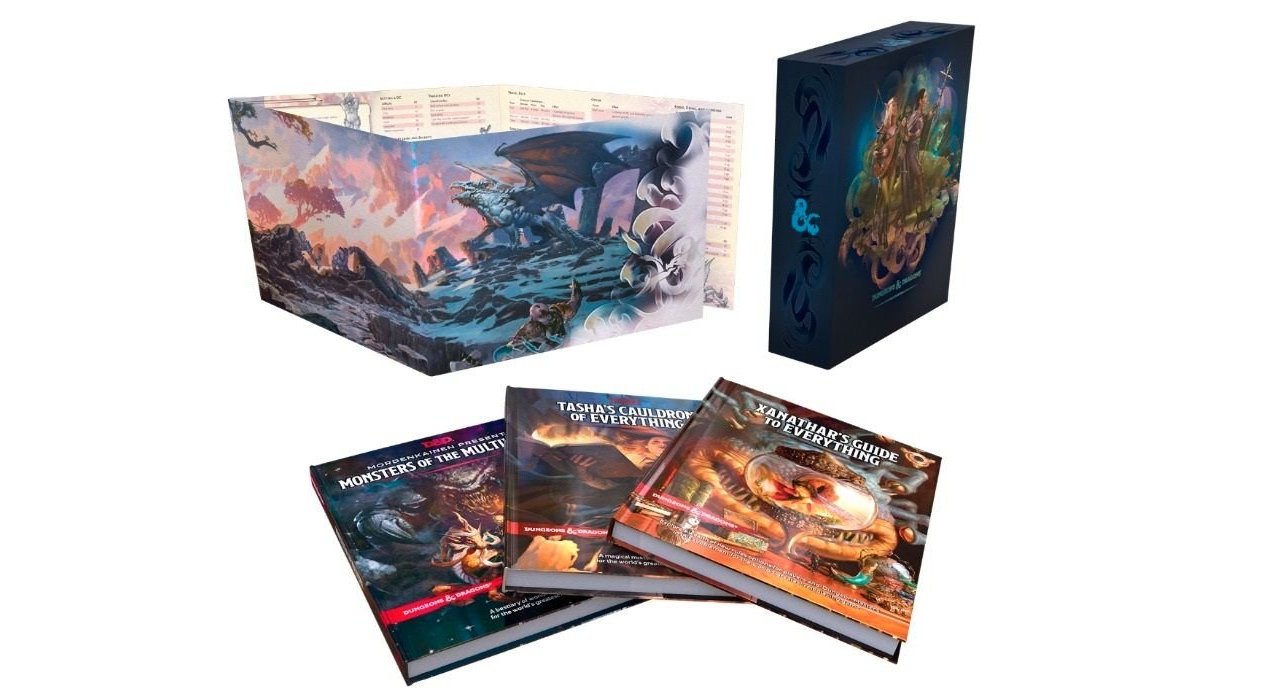 For instance, take the three Oblex creatures originally printed in Tome of Foes. Monsters of the Multiverse states their proficiency bonuses expressly, consolidates other information in more natural locations, clarifies that they’re “typically” inclined to be lawful evil, and tweaks the spells at their disposal. It’s not so earth-shattering that I immediately noticed the changes, but once I laid the stat blocks side-by-side, I greatly appreciated the new approach.

The other benefit of reprinting monsters in central tomes like this is that you don’t necessarily need to buy every other book just to get the stats for a couple of baddies you’d like to use—nor do you need to cart as many books to game nights. If you want to use the demon prince Orcus in a homebrew campaign, you won’t need to bring along your copy of Out Of The Abyss just for his info.

“There are always new worlds to conquer in Dungeons & Dragons, and aspiring adventurers will find plenty of inspiration in the new Rules Expansion Gift Set.”

While the majority of the Rules Expansion Gift Set’s new book is dedicated to a bestiary, its first chapter will be of interest to general players. Over thirty playable races are detailed therein, with all being more unconventional or monster-based—like goblins, or the rabbit-like Harengon from the recent Wild Beyond the Witchlight adventure, or the Shadar-kai from the Shadowfell. 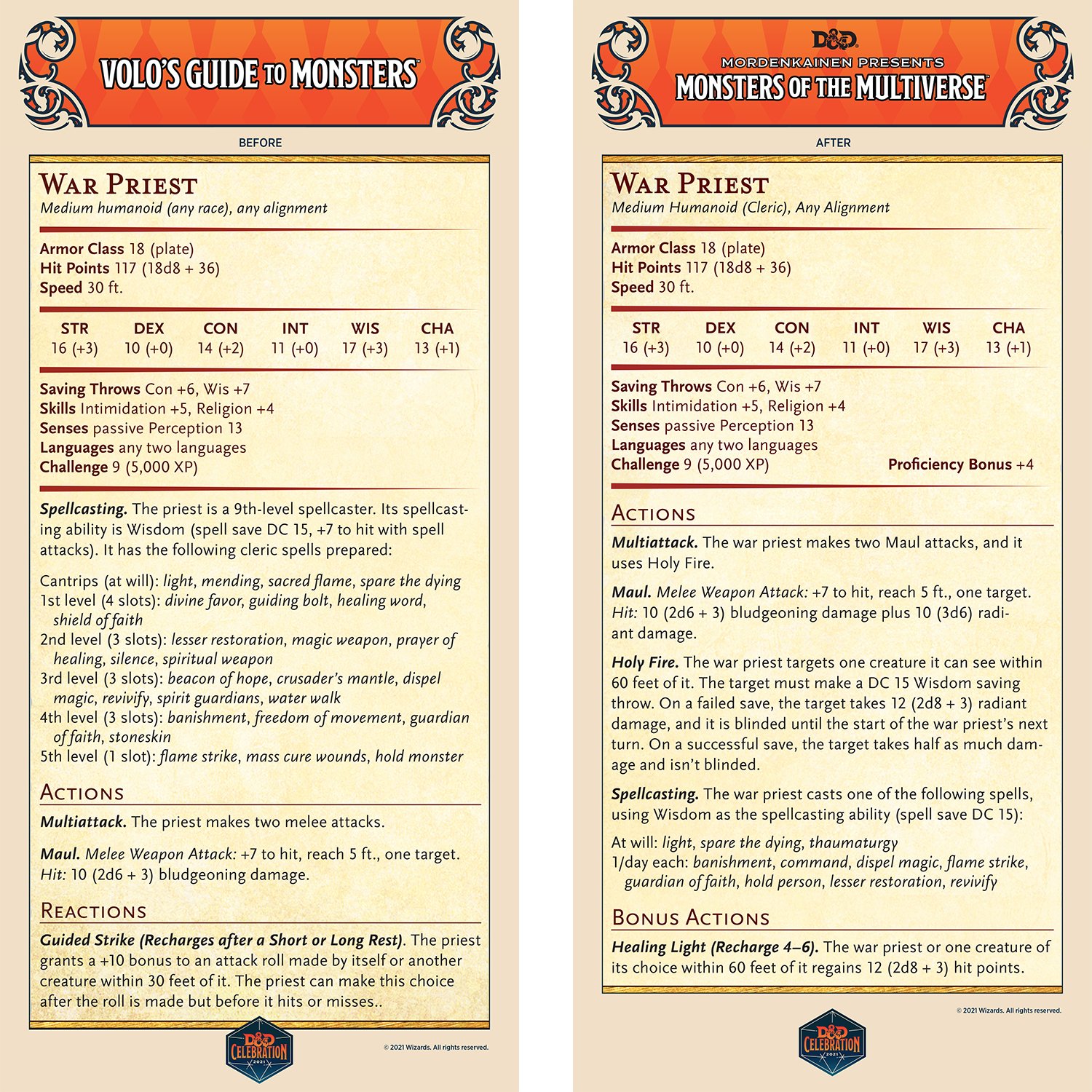 These options work well with the updated character creation method recently laid out in Tasha’s Cauldron of Everything. Wizards of the Coast has been taking measures to recontextualize how racial backgrounds affect characters’ statistics, enabling players to make whatever adventurer they wish, and this movement continues with the varieties presented here.

In itself, Monsters of the Multiverse isn’t the most flashy or compelling book. There’s just enough fluff to flesh out each of the adversaries included, and that’s it. Yet, it should prove an indispensable resource for DMs. Just flipping through the bestiary on my first glance gave me plenty of great ideas to build upon for adventures or campaigns.

“While the majority of the Rules Expansion Gift Set’s new book is dedicated to a bestiary, its first chapter will be of interest to general players.”

However, this isn’t the only content in the Rules Expansion Gift Set, after all. The other books are tried-and-true assets at the gaming table. I’ve sworn by Xanathar’s Guide to Everything since its publication in 2017 and consider it the next essential purchase after the core trio of books. Its subclasses greatly expand each class’ potential, and it’s rife with other tips and resources to flesh out characters. Tasha’s Cauldron of Everything is a newer release but is well on its way to earning the same honour. 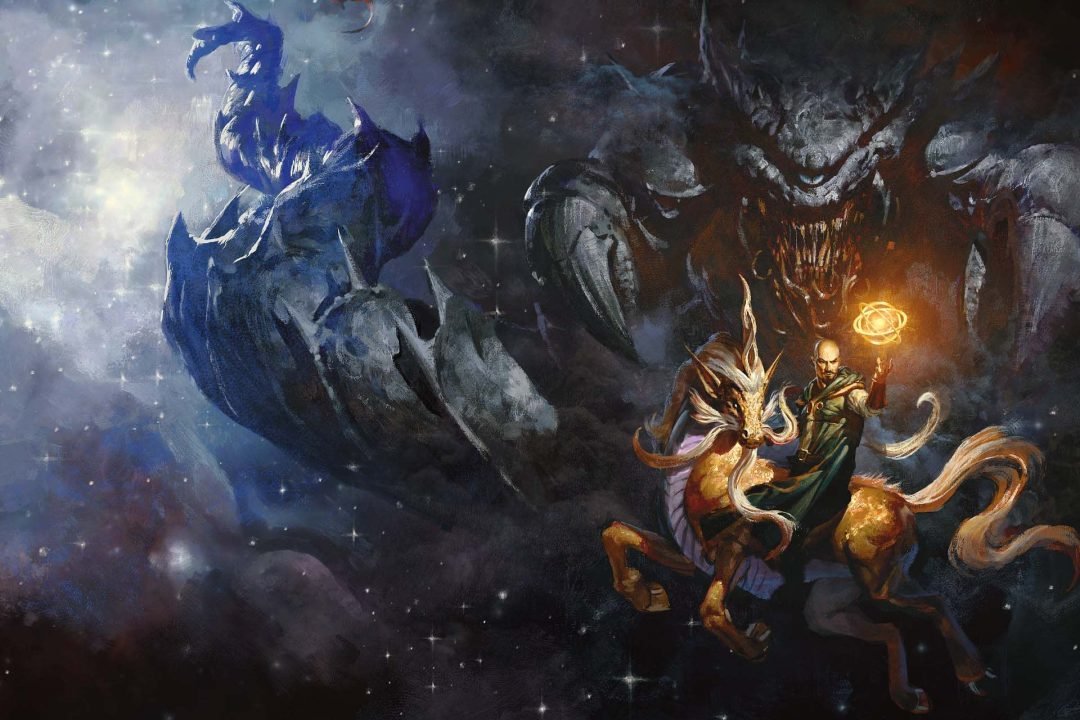 The only personal flaw I had was with the Dungeon Master Screen. I have a few different ones already, and while the art on this iteration is nice, it didn’t make an impact on me. I’ve yet to find a perfect DM screen for any RPG I’ve played, though, so maybe I’m just picky. Anyway, it’s certainly worthwhile if your group needs one.

All told, the Rules Expansion Gift Set is a must-have if you don’t already own its tomes. If you’re serious about playing Dungeons & Dragons, you’ll get plenty of use out of these resources. Even if you have bought one of the books already, I’d still deem it worthwhile, as they’re good things to have extra copies of when everyone reaches to verify a ruling.

Besides, Monsters of the Multiverse is a little thin on its own. It will be a valuable resource, so this is a more compelling way to add it to your library—especially if you can get your hands on the unique version available only at independent game stores.