How to Complete the Zubat’s Eyes Request (Request 9) in Pokemon Legends: Arceus

Pokemon Legends: Arceus takes place during the Pokemon world’s olden times when harmony was rare to see between people and Pokemon. Set in the land of the Hisui region, which is known as the Sinnoh region in modern times, you become a part of the Galaxy Expedition Team (or Galaxy Team for short) as a member of the Survey Corps stationed in Jubilife Village. You are tasked to meet every species of Pokémon from the Hisui region to complete the area’s first-ever Pokédex.

In the game, the Galaxy Team tasks the player to do missions. Additionally, various people also ask the player for help in the form of requests. Request 9, titled ‘Zubat’s Eyes’, is one such request. In this guide, you’ll learn how to complete the Zubat’s Eyes request. 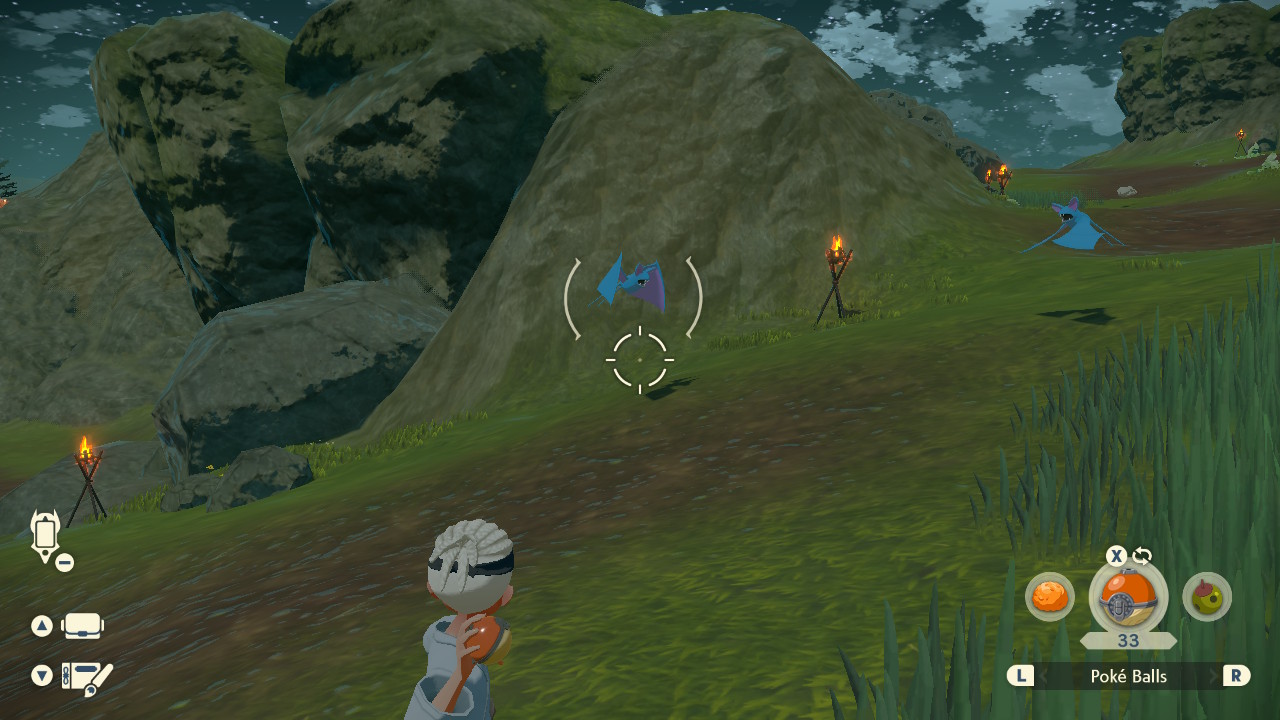 After that, you can now accept the Zubat’s Eyes request. To get it, read the blackboard behind Professor Laventon in his lab at the Galaxy Hall and select the Zubat’s Eyes request. Then, talk to Clarissa, a member of the Security Corps. You can find her in the western part of the village, patrolling near the houses by the farm. Talk to her, and she will ask you to catch a Zubat for her so that she can examine how Zubats can fly easily, even through dark areas.

As previously mentioned, you have to catch a Zubat for Clarissa to complete this request. You can usually find these Pokemon in several areas, including the Deertrack Path, The Heartwood, Nature’s Pantry, and Oreburrow Tunnel of the Obsidian Fields, Bolderoll Slope, Diamond Heath, and Cloudpool Ridge of the Crimson Mirelands, Heavenward Lookout and Wayward Cave of the Coronet Highlands, and the Snowpoint Temple of the Alabaster Icelands. Do note that you can only find a Zubat at night. Out of all these locations, the easiest place to find a Zubat is in Deertrack Path in the Obsidian Fields, as you can access this place early on in the game. Apart from that, it is the area where you can find a Zubat that is closest to Jubilife Village.

However, if you decide to battle the Zubat first before catching it, know that Zubat is a Poison and Flying-type Pokemon. This means it is weak against Electric, Ice, Psychic, and Rock-type Pokemon and moves. Additionally, it is immune to Ground-type Pokemon and moves. Be careful not to defeat it as you would have to look for another one (not that they are hard to find but, you know, it could get frustrating)!

After catching a Zubat, go back to Jubilife Village and talk to Clarissa. She will examine the Zubat and realize that a Zubat does not actually have eyes and that maybe Zubats have a secret type of sense if they don’t need eyes. Finally, Clarissa will decide that she will find herself a partner Zubat. She will then reward you two Aux Powers for your efforts.