How to Defeat Charon in Hades

Supergiant Games’ Hades does not disappoint when it comes to diverse and challenging enemies and Charon is definitely one of them. Yup, you read that right! The Underworld’s trusty boatman is one of the bosses in the game! Though an optional boss, he should not be taken lightly.

Charon, the Stygian Boatman, is the one responsible for transporting the souls of the dead across the river and into the Underworld. In the game, however, he is more of a shopkeeper from whom Zagreus can purchase items like Boons, various healing items, Darkness, Chthonic Keys, Pom Slices, and Poms of Power, Gemstones, Nectar, and Daedalus Hammer in exchange for Obols. Charon and his shop can be found in the middle of Zagreus’ run-on chambers with a skull inside a glass icon. Zagreus can also encounter Charon usually before encountering the bosses of each area and in the Temple of Styx which is the area to beat before fighting Hades. Not only that but Charon also manages the Wells of Charon, which can be found at random chambers throughout Zagreus’ escape attempt in the Underworld.

In this guide, you will learn how to actually battle Charon and how to defeat him. 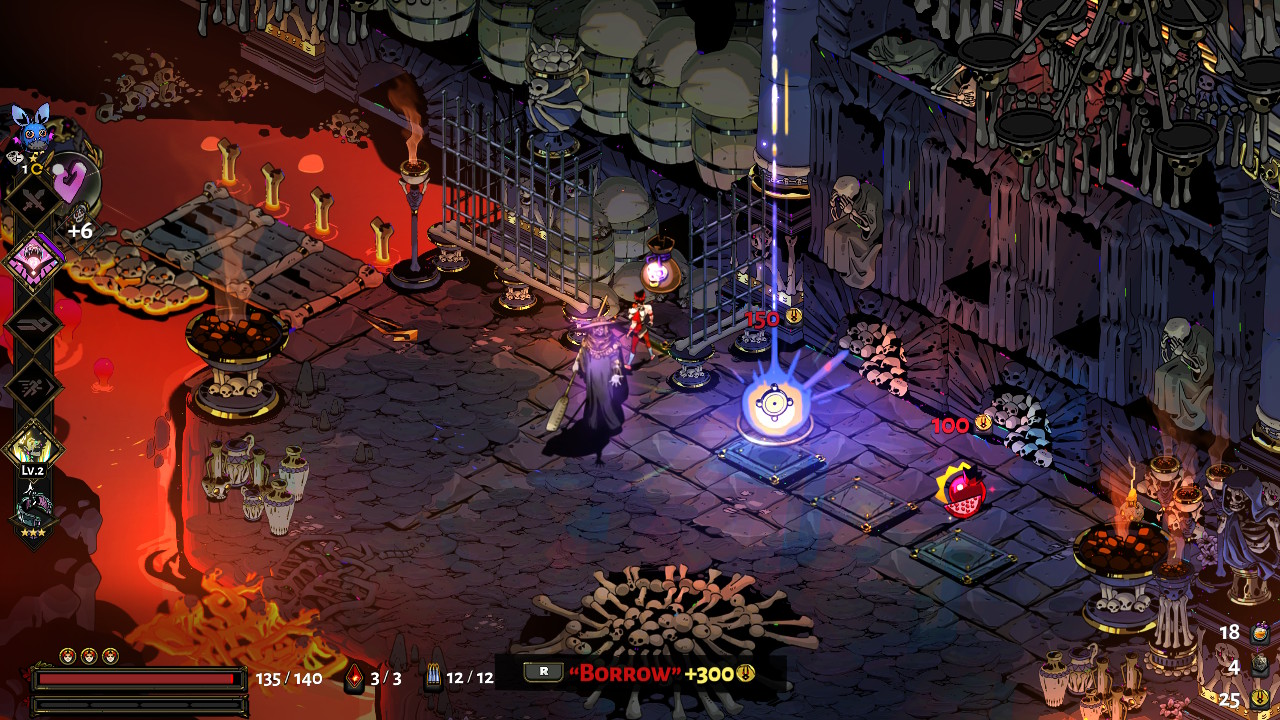 In order to fight Charon, one of the requirements is to have beaten Hades and left the Underworld at least once. Then, on your succeeding escape attempts, a sack of 300 Obols will randomly appear behind Charon. This sack is Charon’s Obol and you have the option to “borrow” them. It only appears with a 22% chance at Charon’s shops in the middle of areas and not Charon’s shops that Zagreus encounters before a boss fight and the Temple of Styx.

All Zagreus has to do to fight Charon is interact with the sack and “borrow” Charon’s Obols. After that, Charon will get angry and transport Zagreus in a chamber in Erebus surrounded by coins and four gold pillars in the shape of jars. Then, Charon and Zagreus will start to fight.

In order to defeat Charon, it is important to understand his attacks and tactics. 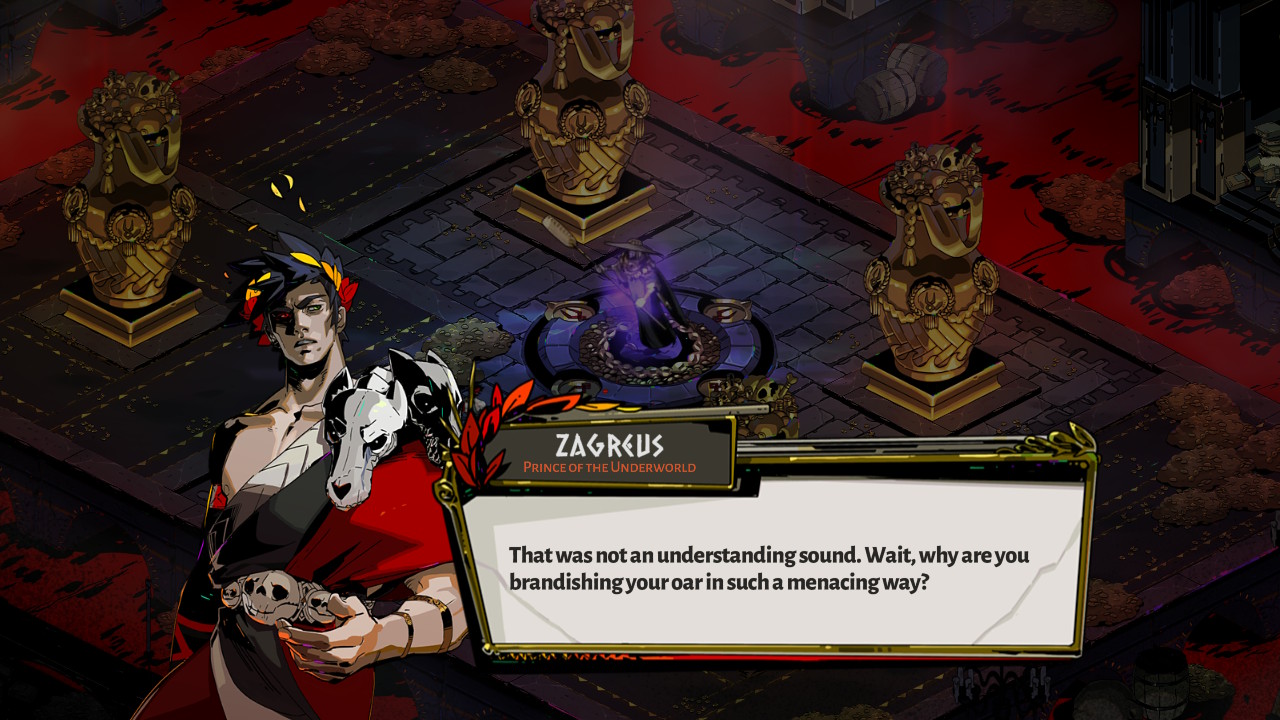 Charon will hover to the sides of the arena and send a wave of ghosts. The pattern of the wave will change as the battle with Charon progresses: from left to right, from right to left, in a V-shape that starts from the center going outward or from outside to the center, or even in all directions one after the other in a counter-clockwise manner. Additionally, they will also become faster as the battle progresses

Charon will swipe his oar that has a wide range in a large arc twice while moving a little bit towards Zagreus. This attack can deal a huge amount of damage.

Charon will push a small wave that starts from him and will bounce around the room and toward Zagreus. As the fight goes on, Charon will be able to send up to three small waves.

If Zagreus gets close to him, Charon will release a circular wave going outward that can stun and deal knockback to Zagreus.

The fight with Charon will be the same difficulty regardless of which area Charon’s sack is “borrowed”. With this in mind, it would be best to try and fight Charon in Elysium as it would definitely help to fight Charon with enough boons and upgrades.

After managing to deplete Charon’s HP to 20%, he will call off the battle, let Zagreus keep the 300 Obols he tried to “borrow”, and grant Zagreus a Loyalty Card which grants him a 20% discount on all of Charon’s wares both in Charon’s Shop and Well of Charon. This Loyalty Card, however, can only be used in the current run and will be gone once Zagreus dies. It is mentioned above that it would be easier to defeat Charon in Elysium because by then, Zagreus will have more boons and upgrades. Defeating him while in Tartarus and Asphodel, however, would give you more opportunities to take advantage of the discounts from the Loyalty Card.

The best tactic to defeat Charon is to always stay on the move. All of Charon’s attacks can easily be avoided by dashing away. A great strategy would be to deal damage and dash away then do it several times. Moving around is especially helpful when in the latter half of the battle where Charon’s Ghost Charge is coming from multiple directions.

Try to always keep an eye on Charon’s weapon which is his oar as there will be certain animations that will dictate what attack he will perform.

The Eternal Spear, the Heart-Seeking Bow, and the Adamant Rail are great weapons against Charon as they can deal damage even from a distance. It would then be easier to deal damage to him while evading his melee attacks.

After defeating him, Zagreus will then be transported to the next chamber before he was brought to Erebus and you can then continue on the escape attempt.