Klonoa 1 and 2 are getting remastered, and they’re coming to PC

You could be forgiven for having forgotten about Klonoa. The floppy-eared cat-rabbit thing with the shamelessly branded Pac-Man cap merges in my mind with Gex, Glover, Goemon and other 90s platformer mascots. Like many platformers from the time, the series seemed to fizzle out in the new millennium as gamers took more interest in shooting soldiers in the face than bouncing around marshmallow kingdoms.

Those nostalgic for more innocent times will be pleased to hear that the first two Klonoa games, Klonoa: Door to Phantomile and Klonoa 2: Lunatea’s Veil are coming back in a remastered bundle to consoles and, for the very first time, to PC.

Check out the lovely trailer above, which gets extra charm points because, like in the original games, the characters speak ‘Phantomilian’, the world’s own language (which I’m guessing is based in some loose way on Japanese?).

The original Door to Phantomile for the PS1 used a mix of sprites and 3D graphics, though that’s been amped up to full 3D for the remaster. Both games are 2D side-scrolling platformers, where you bash through cutesy enemies. explore brightly coloured lands, and face some genuinely quite creepy bosses

Beyond the prettified graphics, Klonoa Phantasy Reverie Series will add some other flourishes too, such as adjustable difficulty settings and a two-player co-op mode. It’s not clear yet whether the co-op will let you play through the entire game with a friend (that one, please!) or will be a dedicated mode unto itself. 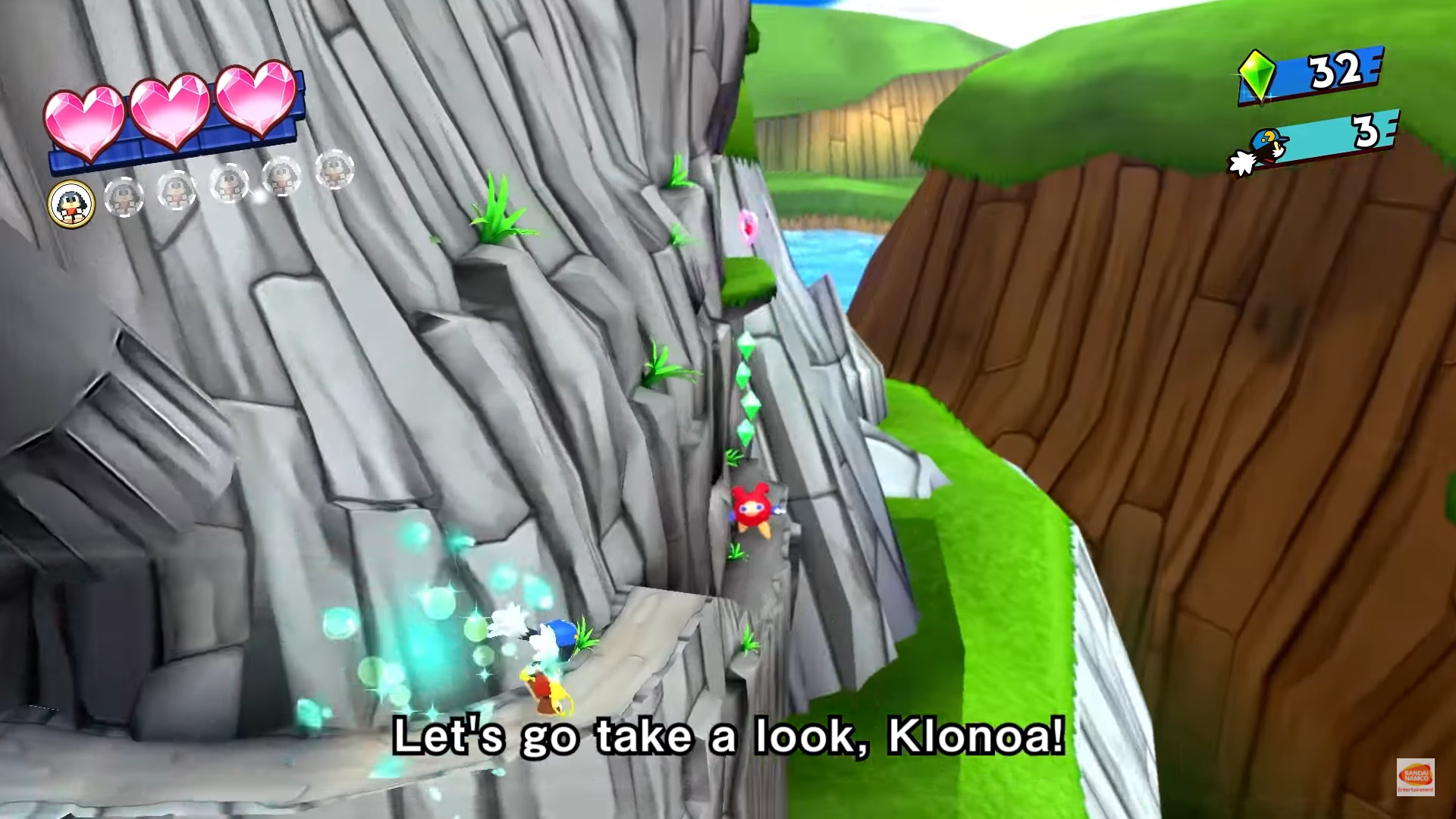 The original game came out in 1997, making this the series’ 25th birthday, though its last outing was back in 2008 on Nintendo Wii. I suspect this will be more of a one-off ‘reunion concert’ for the fans than a big resurgence of the series. On the other hand, platformers-not-called-Mario these days are much more popular than they were in the 2000s, so who can really say?