Lost Ark Mount: How To Get The Free Grey Stripe Raptor

Roaming around the world in style is important in MMORPGs, and Lost Ark is no different. The world of Arkesia is vast, and you’ll need to get from one place to another quickly to complete quests, gather crafting materials, and find collectables. That’s where mounts come in. Unfortunately, new mounts aren’t something you’ll come across too often in your Lost Ark adventure. While all players receive a standard horse in the game’s opening moments, you can make it all the way to the endgame without having ever acquired something more exotic. New mounts are available to buy for real world cash as DLC, but if you’re strictly trying to go the free-to-play route, your options are more limited. The good news is that there is a mount earnable for free without too much effort, if you know where to look. Better yet, it even comes equipped with a skill that will increase your speed for a limited time, making it more than just a visual upgrade. Here’s how to unlock the Grey Stripe Raptor Mount in Lost Ark. 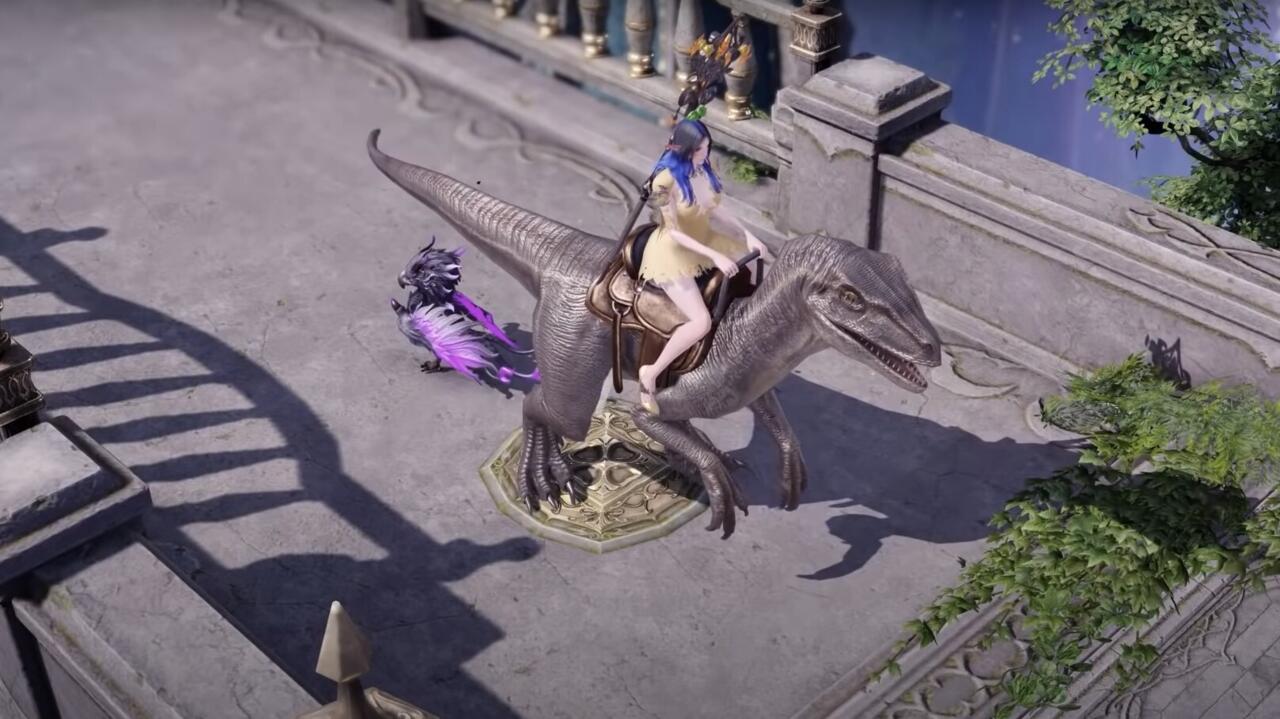 To get the Grey Stripe Raptor mount (which looks like it came straight out of Jurassic Park), you’ll need to head to the North Vern continent. You won’t be able to get here until towards the end of your leveling journey, and you’ll likely already be level 50 by the time you do arrive.

The Grey Stripe Raptor is actually an Adventurer’s Tome reward for the North Vern continent. To earn the mount, you’ll need to reach 30% completion in North Vern. Thankfully, that’s not all that difficult. You’ll likely come close just by naturally playing through the story in the region, but if you want to speed up the process, simply complete as many side quests (yellow exclamation points) and guide quests (purple exclamation points) as soon as possible. Once you hit 30% completion, claim the rewards from the Adventurer’s Tome. The mount is an account-wide unlock, meaning once you’ve added it to your mount collection, all your characters will be able to use the mount.