Long before the actual start of the project, the creative team at Tribute Games had already had this discussion. “If we did a new Turtles Beat’ em up game… what would be the ‘must haves’?” Unequivocally, the resounding reply was “We need to have Splinter as a playable character!”

In our youth, we all imagined Splinter was a capable combatant. However, as much on television in the original animated series as in the early licensed video games, rarely did we see the master show off his skills – and this scarcity quite likely charged Splinter’s mysticism. Tribute Games and Dotemu are thrilled to offer the possibility to take the Turtles’ sensei from a more passive character to a fully-fledged playable fighter! 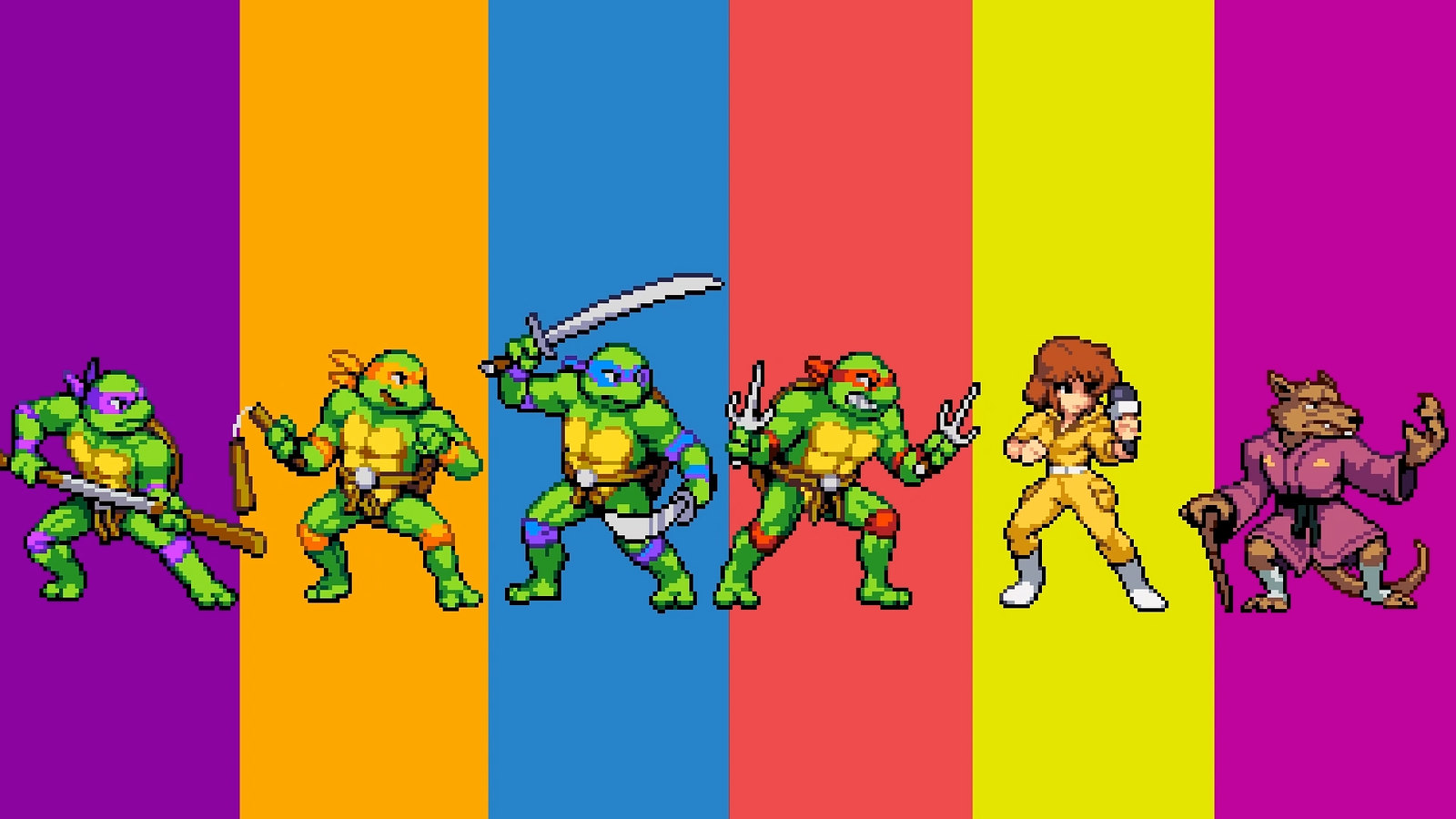 It is in the very nature of Tribute Games to capture the essence of the great things of the past and honor them with the most respect possible. Placing Splinter in TMNT: Shredder’s Revenge to make it a unique experience that lived up to our expectations was not something to be taken lightly. 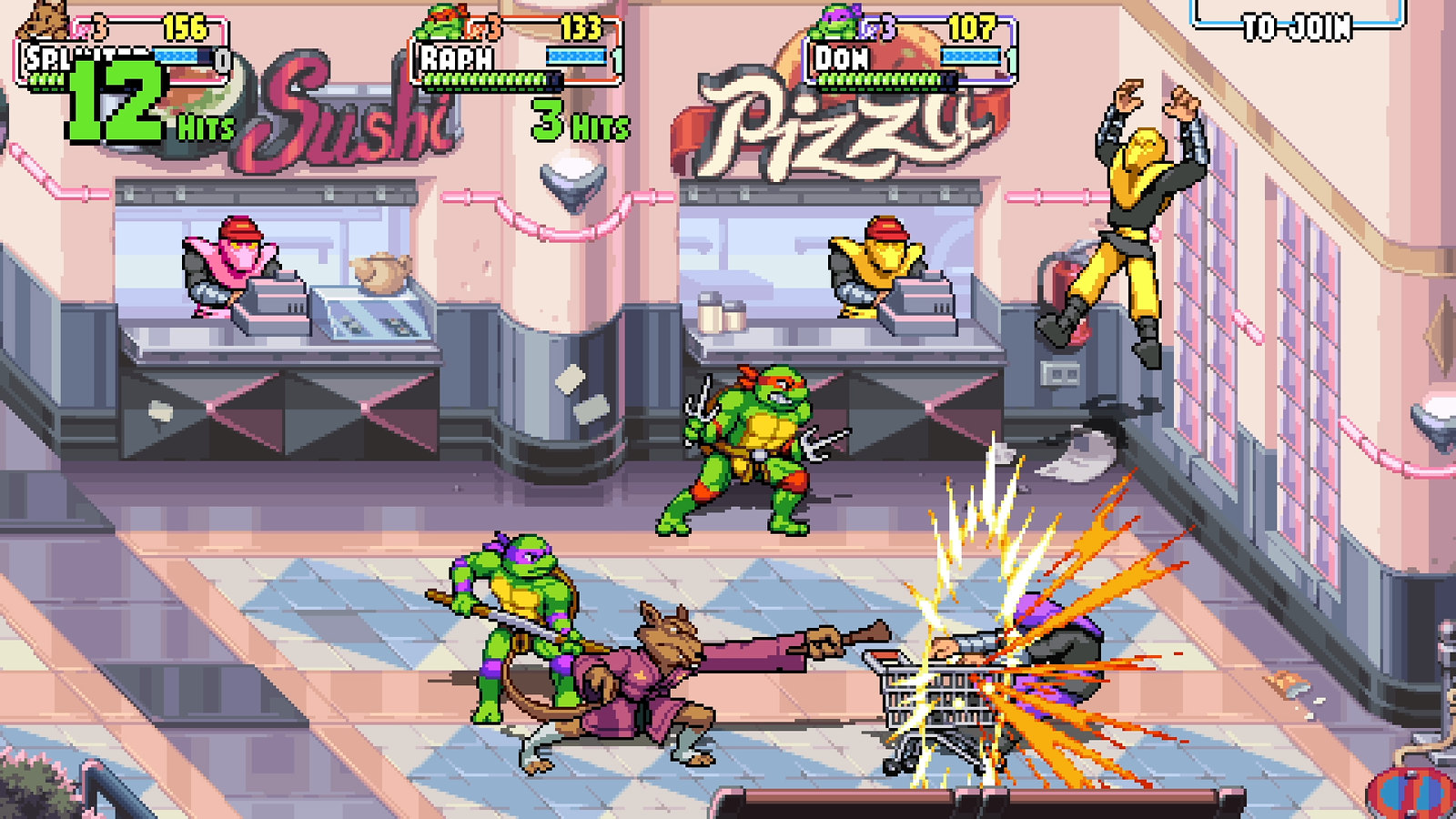 As the Turtles’ elder, Master Splinter exudes an aura of wisdom. He needed to be a little more calm and collected in his movements – but not slow.

The design team created an extensive moveset with a multitude of attacks, jumps, slides, and special attacks drawing a connection with fond memories of the great rat.

Master Splinter’s cane is an integral part of some of his basic and more advanced attacks. Once an enemy is struck by the cane attack a small window of opportunity opens up – a ground bounce that permits the player to create some massive combos.

Master Splinter also distinguishes himself from the Turtles and April as playable characters through his “flying special attack” – some sort of astral projection strike. The ranged magical charge is a truly unique feature that only a true master can possess. Oh! He’s also the only one that bites! 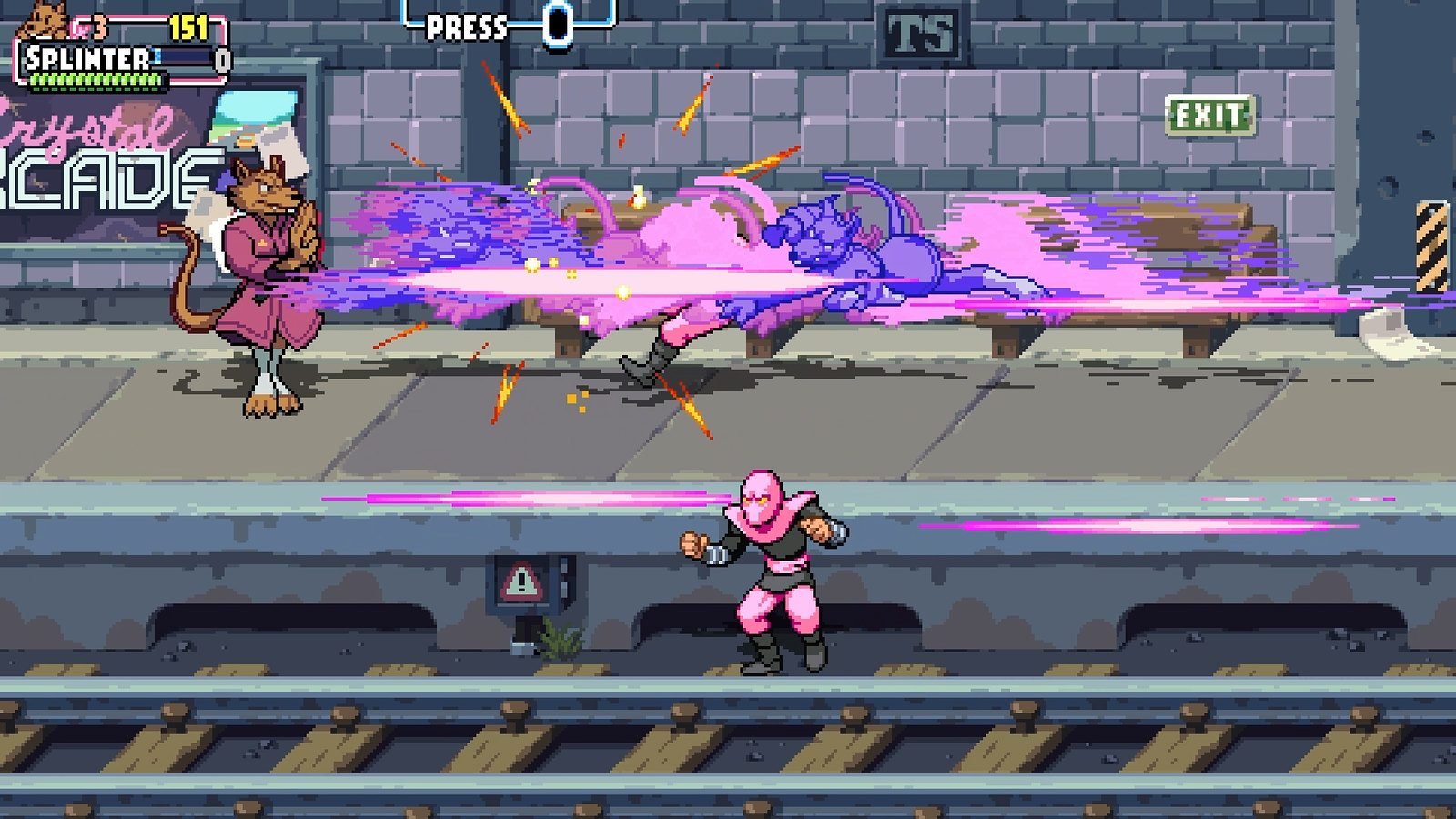 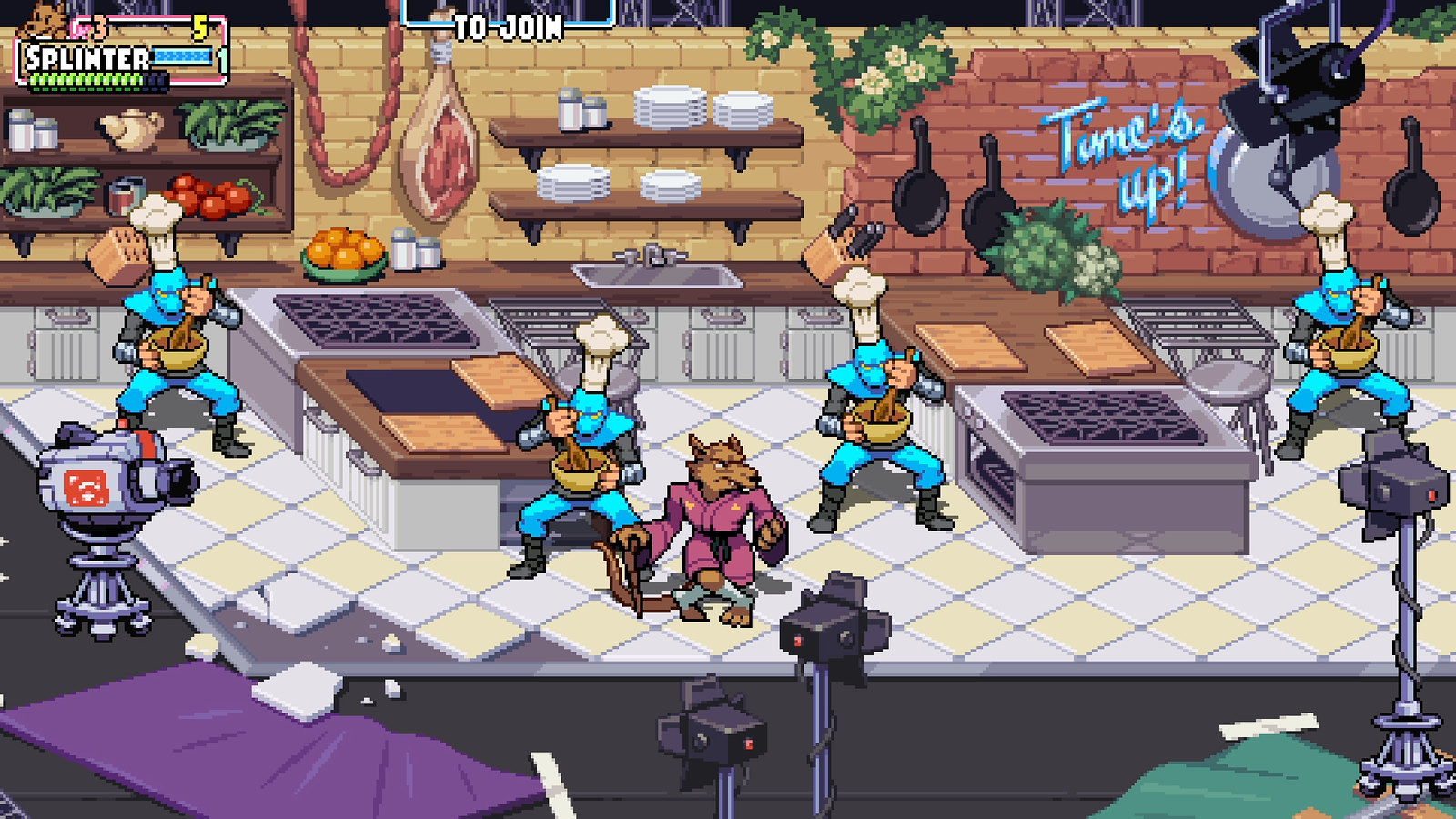 The design team had few animated references of Splinter fighting to work with when conceptualizing the character. However, one instance that really struck the imagination of the team was in the opening credits of the original 1987 animated series in which for a few frames we see Splinter shattering a bunch of wooden boxes with all fours. This needs to be Master Splinter’s Special Attack, explained Game Director Jonathan Lavigne.

First, we see here is an early concept of the special attack by Matthieu Godet (2D animator and pixel artist at Tribute Games). The sketch’s simplicity highlights the four frames of impact from his special attack.

Based on the original Paul Robertson character design and reworked by Tribute art director Adam J. Marin, Tribute Games artists and animators proceeded to work their magic. First creating the outline, then the colors and finally adding some shadows.

Below we see a near final animation of Splinters’ Special Attack as we would see it in game. The added shadows, smoke and other visual special effects really give us an idea of what the special move will feel like.

Older and new fans, kids, and parents who grew up with the original series will appreciate the efforts and the care Tribute Games put in to encapsulate the key elements of what makes Master Splinter awesome in our collective imagination.

Players around the world have fought the forces of the Foot Clan before! But now, as Shredder takes his ultimate revenge, Turtles aficionados will finally be able to take the fight to him as Master Splinter.

TMNT: Shredders’ Revenge is set to be released later this year on PlayStation 4.