Kicking off the MLB The Show 22 Feature Premiere presentations, SDS showed off the new 2 vs. 2 and 3 vs. 3 MLB The Show 22 online co-op mode. This feature will be crossplay enabled and have cross-platform functionality. It will also be available (in half-finished form) in the tech test that is starting tomorrow. 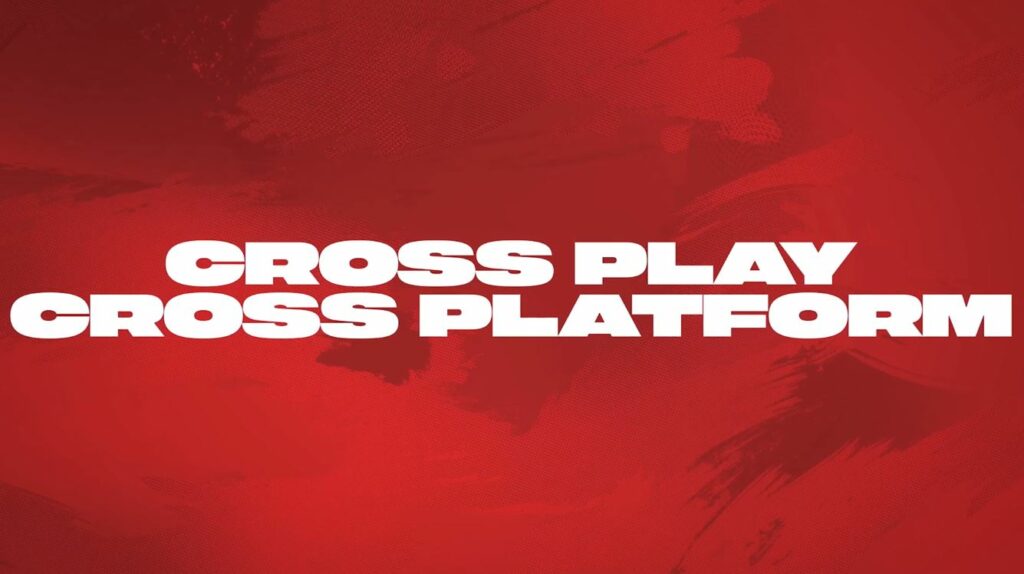 You can either join with one friend and one random, or you can do a full friend game — or anything in between. SDS showed off the mode similar to an offline “play now” game where you pick from the real MLB teams, then pick your pitcher, and then set your lineup. When you hit the field in a 3-on-3 game, one player handles pitcher/catcher, one handles infielders, and one handles outfielders. The roles for the three of you change between innings, and you can’t lock in a role so you’re always the pitcher and so forth. Everyone will have to do everything at some point.

Communication can take place via a new emoji wheel, typing, or voice chat. The emoji wheel could actually have some real non-verbal cues that you could use with your teammates to “code in” that you’re going to do a hit and run here and so forth. There will also be a “suggestions” options wheel to do something similar to that. The suggestions wheel should only be seen by your teammates. 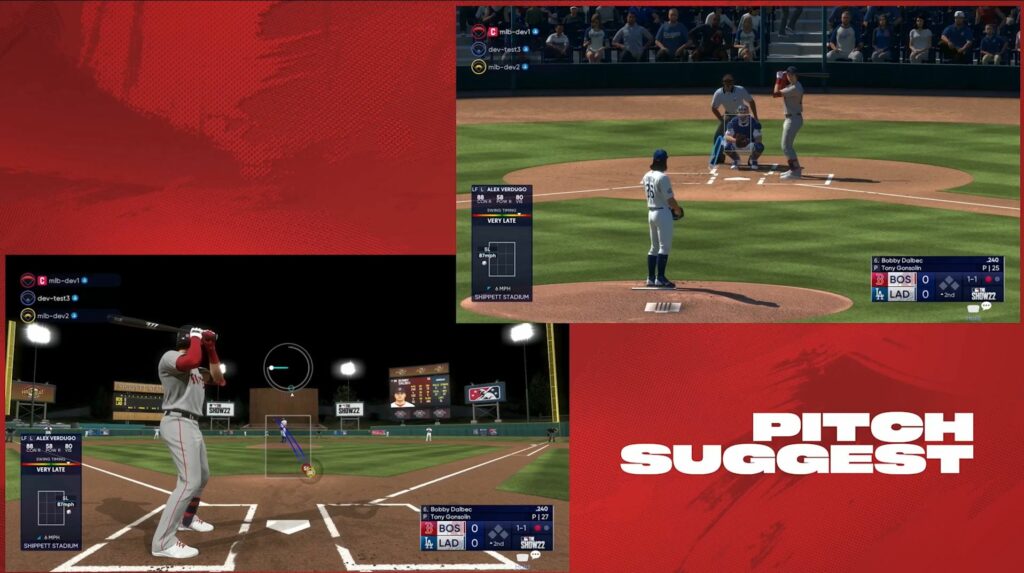 The “suggestions” functionality is best shown via the “pitch suggest” feature. It looks like it will be similar to how the user would pick a pitch and pitch location, only now the suggestion will show up on the screen, and your teammates will be able to see where you think the next pitch should go (you can see the suggestion in yellow above in the bottom left image). Ultimately, the choice is still up to the pitcher, but it’s one form of collaboration that was shown off.

When it comes to making changes on the mound, the “captain” will be in control of warming up pitchers and making any other managerial changes (pinch running and so on). Everything beyond the “manager” decisions will rotate each half inning more or less. Again, you will need to field, bat, and pitch.

When hitting, you’re going to cycle through a user with each at-bat. If you get a hit, you will control your baserunner until your time at the plate comes up again. In the field, this also means you’re going to be doing the smaller things now rather than having the AI automatically do things for you. So you’ll need to cover first base if you’re the pitcher or be the cutoff man when you’re controlling the infielders. 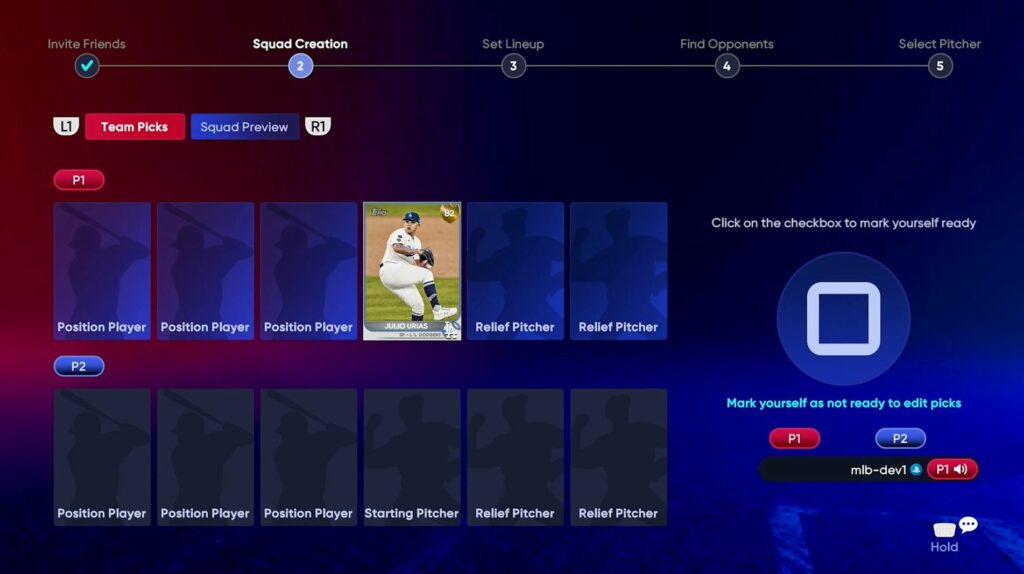 When it comes to Diamond Dynasty, you will draft a team, but you won’t be drafting a full 26-man roster. Instead, each player will have a certain number of picks based on whether it’s on 2-vs-2 or 3-vs-3 games. In 3-on-3 games that means you pick two position players, one starter, and one reliever. In 2-on-2 games, that will mean three position players, two relievers, and one starter. The rest of the team will be filled out by random Live Series silvers.

Beyond that, you’re combining your Diamond Dynasty teams with your teammates into one draft pool. So if you have a Justin Morneau diamond but your buddy has a Joe Mauer diamond, both will be in the pool even if you don’t one of those players. In addition, whatever Parallel level you pick will be the version you get in the game. So even if you don’t have a Parallel 5 Mauer, you will play with that one if your buddy drafts him. During the draft, you also have full voice and text chat so you can discuss your picks.

The captain will then set the lineup, and then you have to pick from one of the starting pitchers, but this selection process is randomized so it will be luck of the draw which starter you end up getting. 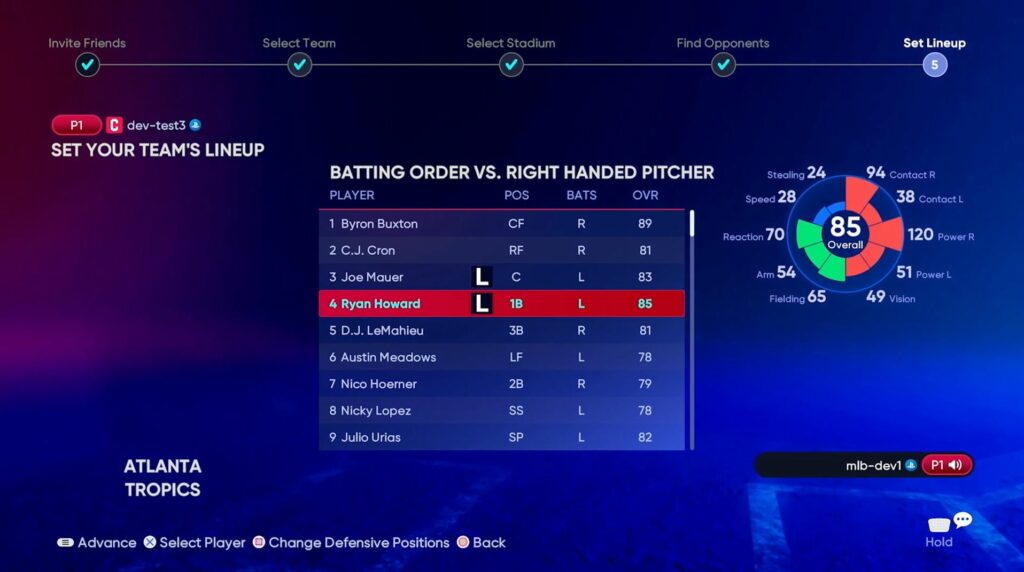 When it comes to matchmaking in Diamond Dynasty, at launch you will not be able to play against specific people. You can play with anyone you want on your team, but you will always matchmake against random people for now.

There are no rewards etc. available in DD at launch either. This is more of a “casual” mode at start to make sure everything works right. That said, there are plans to add more competitive elements to the mode at a later date.

Lastly, the Diamond Dynasty aspect of the co-op mode will not be available in the tech test. 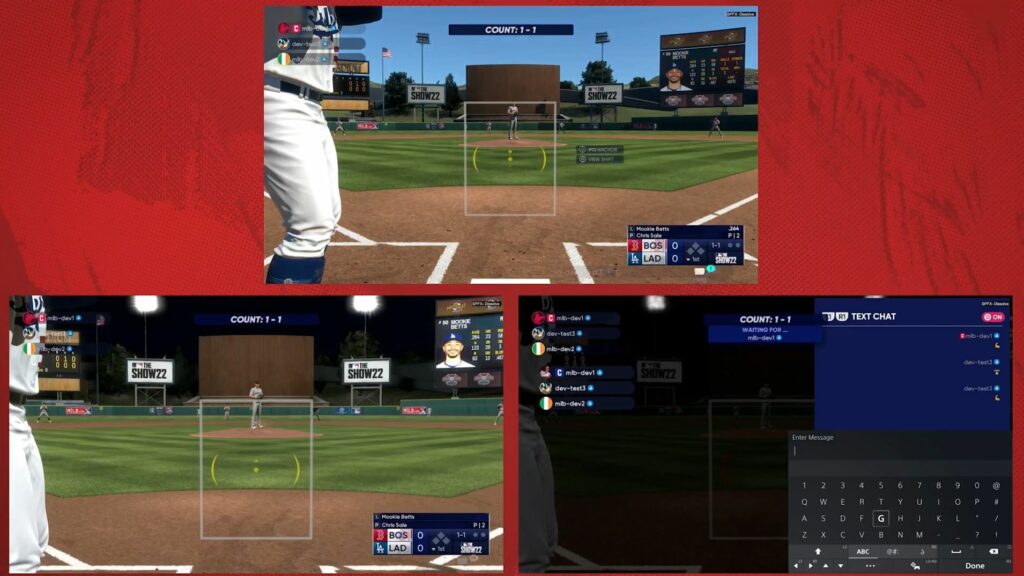 Co-op mode is an easy slam dunk, and it’s something many of us have wanted for so long. This does probably put a damper on online franchise mode expectations. It also would have been cool to see some sort of co-op league function, so you and a friend could take on the world in a one-off season/March to October or even an extended franchise mode.

It does sound like there are plans to blow this feature out in the future, so I would expect this mode to trickle into more aspects of the game at some point. Regardless, SDS has not always had the best online functionality, so it’s probably wise to keep the first try at this mode to a more limited scope in order to make sure it functions right.

As a final note for DD fans, Shippett Stadium has been removed from Denver. Considering how often this ballpark is picked, in part because of all the dingers hit there, this maybe helps the pick rate of the stadium come down a pinch.