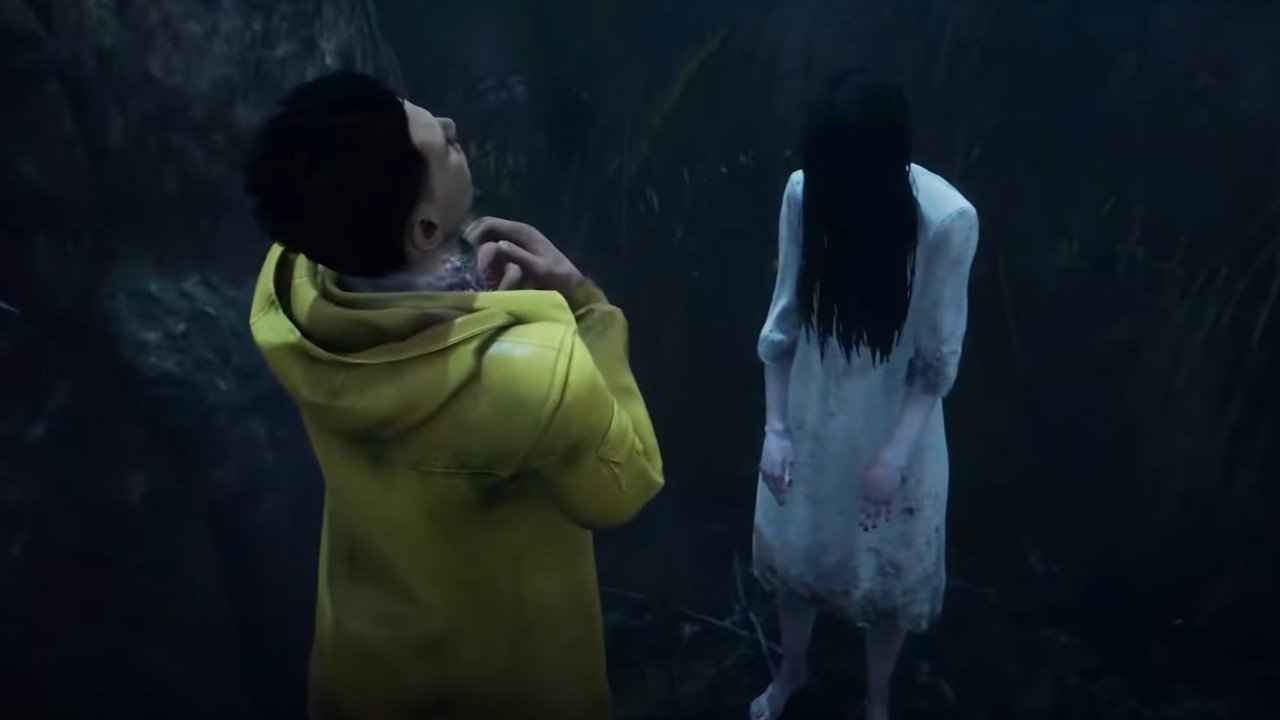 Sadako marked the Dead by Daylight and Ring event coming out next month as a new Ring film has been announced this week.

Dead by Daylight is known for their iconic horror crossovers like Saw, Scream, Stranger Things and Resident Evil to name a few. The next crossover between the survival game Dead by Daylight is with Koji Suzuki’s Ring novel, which was announced back in December—most famous for the Japanese film in 1998 and the 2002 American remake. This week, they revealed the release date and trailer for the video game crossover and included some details about the new Ring film, Sadako DX.

No, it is not another American reboot like Rings back in February 2017, nor is it related to Shang-Chi and the Legend of the Ten Rings. For the crossover event, Sadako will serve as the new killer as Yoichi Asakawa will be the new survivor. North American viewers may remember the young child who was Rachel’s son, Aiden. Yoichi is that same character but in the Japanese iteration, and now he has grown up in Dead by Daylight—he has become a marine biologist. Players can expect to see Sadako coming out of her usual well and crawling out of a TV like her classic horror self in the game, as the trailer showed off.

As for the film, Sadako DX, Fuka Koshiba has already been unveiled as the new protagonist taking on Sadako. She will be playing Fuka Ichijo, a college student with a 200 IQ who tries to unravel the curse of Sadako. It was already announced that filming had wrapped. Hisashi Kimura will be directing the film with Yuya Takahashi serving as the scriptwriter.

For those not familiar with the intricate, original Japanese film series, it involved two different timelines with Sadako. Most people remember the original Ring films and the Spiral sequel that came out later in 1998—not related to the recent Saw franchise spinoff, Spiral. Ring 2 came out in 1999 and then Ring Ø: Birthday debuted in 2000. The franchise also has two Sadako 3D films and a new one in May 2019. There was also a crossover film (Sadako vs Kayako) with another horror franchise, Ju-On.

Surprisingly, a number of streamers were granted early access to the DLC and have been posting their initial reactions to the Sadako reveal. Many were spooked and just wanted to “uninstall”. Some had even called to have the option to turn off the jump scare on the menu with Sedako.

Not many more details have been revealed on the film other than the quick blurb mentioned before, and the film will be released this Fall. Players in Dead by Daylight can rejoice by playing Sadako and Yoichi on March 8, 2022, when the Sadako Rising DLC drops.