Games from Paradox Interactive after a while end up building up quite a lot of DLC, it’s how they support their games for so long but it’s quite daunting for new players – perhaps this new subscription for Hearts of Iron IV may help.

What they’ve done on Steam is add a new Hearts of Iron IV – Expansion Subscription which for a monthly, 3-monthly or yearly fee gives you access to the entire DLC collection for the game. It includes all the main expansions, plus the smaller DLC packs. Considering there’s 16, it might not be a bad deal since it includes all future DLC.

Paradox has no plans to switch to this style completely, as it’s just an additional option available for their existing games. This isn’t the first time they’ve added a subscription option, with Crusader Kings II also having one although that game does have quite a lot more DLC available and the base game is free.

Also, Paradox announced a new Career Profile screen for Hearts of Iron IV that will be available that looks something like this: 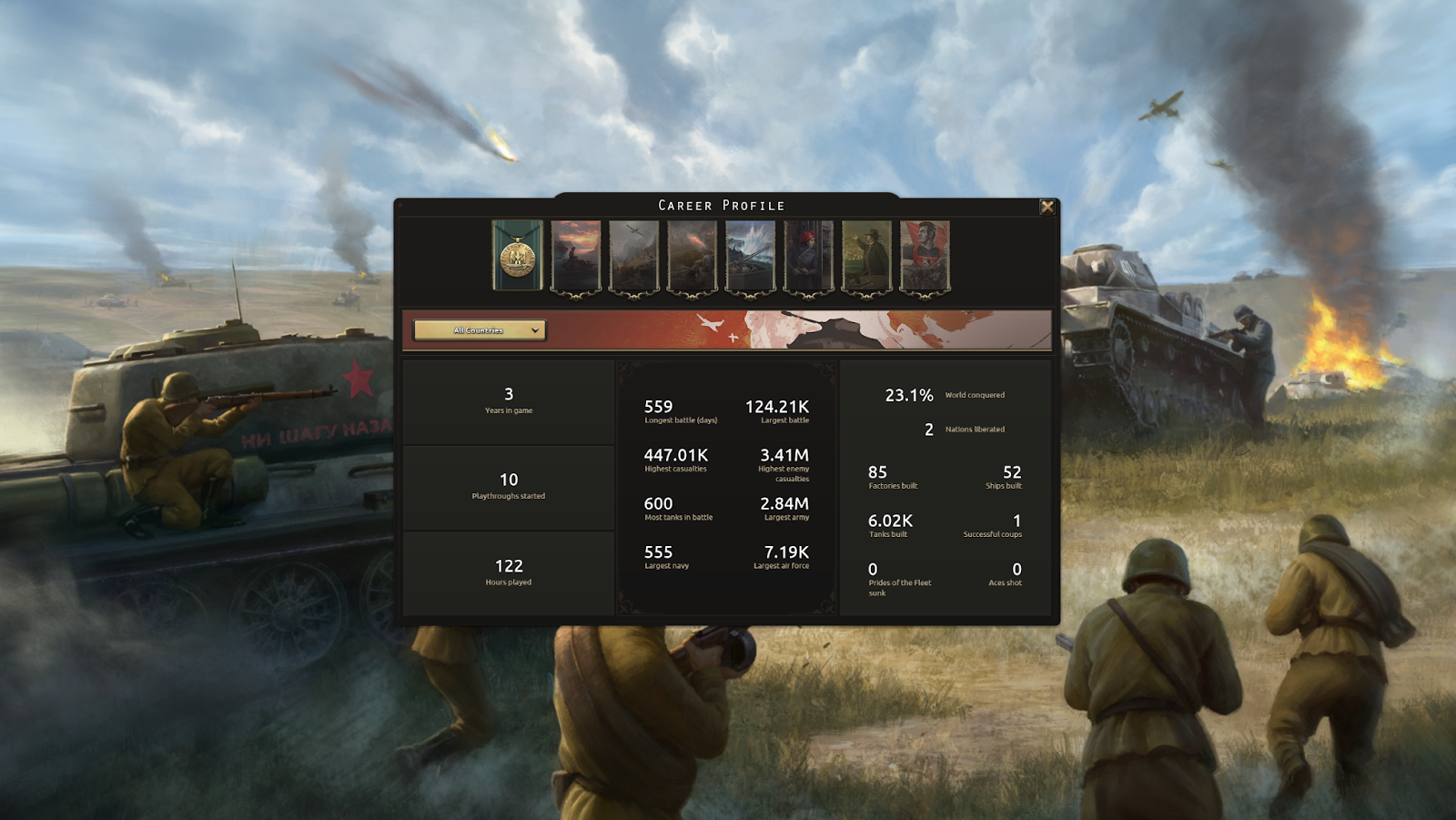 You can buy Hearts of Iron IV on Humble Store and Steam.

How long before we see some kind of Paradox Pass to get all their games and DLC under a single subscription? I certainly wouldn’t count it out.