Kansei: The Second Turn HD for the Nintendo Switch is a visual novel that wraps a murder mystery in an anime style and throws in point-and-click elements for good measure. This short title looks great and will keep you guessing – can you solve this whodunit?

As the name implies, Kansei: The Second Turn is a sequel, the first entry being Jisei: The First Case. If you haven’t played the previous entry (like me), don’t worry, a prologue introduces the main cast to get you up to speed. 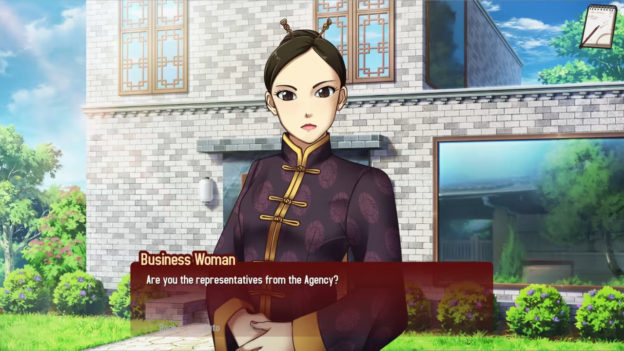 The story follows the same protagonist as Jisei, an unnamed character with a strange psychic ability known as “kansei.” Basically, he can relive the dying moments of any dead person he touches, as well as sense when death is lurking nearby.

This time, our protagonist is forced to work with a group of young investigators. They’ve been summoned to the residence of business tycoon William Auten, which is where most of the game takes place. When someone mysteriously dies at the house, it’s your job to investigate the scene of the crime and discover the true nature of this death.

Gameplay mostly involves reading short snippets of dialogue. At times, you’re given the opportunity to choose which questions to ask during a conversation as you investigate the potential murder scene. It’s easy to follow, with clear controls that allow you to skip text, move through conversations automatically, or go back if you’ve missed something. 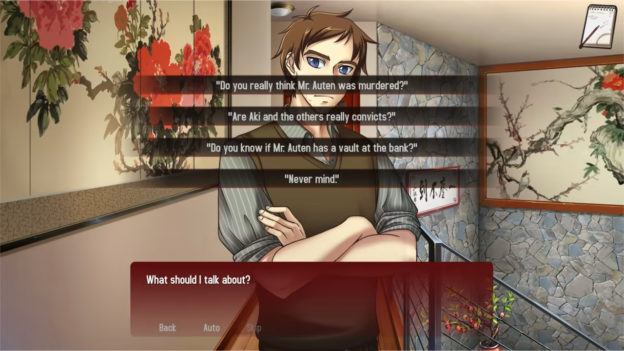 At other times, you’re able to move freely about the house, visiting rooms to interact with anyone within. This provides an interesting departure from purely reading the story, creating a more interactive experience. There are various pathways to choose from, which culminate in alternate endings that add to the game’s replayability factor.

Kansei features full voice acting, with a talented cast bringing these characters to life. Despite this, there wasn’t a lot of character development, and I didn’t feel a strong connection to any of them.

The background audio sits neatly behind conversations, adding a soothing ambience to the game. When something dramatic happens in the story, the music adjusts accordingly, making you feel like you’re part of the action.

I love the visual style of Kansei. The colorful anime-style characters are well-drawn, with facial expressions that change with the dialogue to further bring them to life. The backgrounds are great, too, with crisp, detailed areas to investigate. 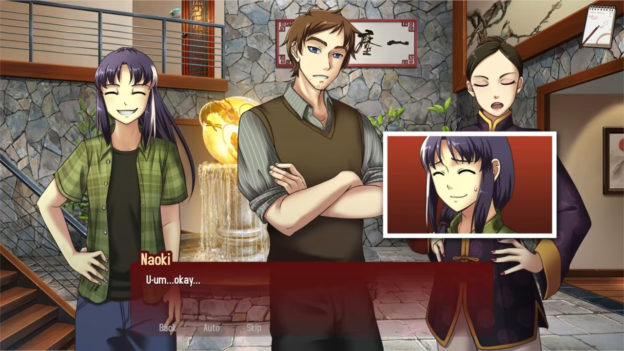 The game isn’t super long, taking me about two hours to complete. With multiple endings, there’s room to go back for more. This sequel is a little more expensive than its predecessor, coming in at $7.99, although it’s currently on sale in the US eShop.

Overall, Kansei: The Second Turn HD is a fun time with an interesting mystery. I didn’t find myself becoming overly attached to the characters, but it looks great, and the voice acting is top notch. It provides an entertaining way to spend a few hours if you’re into the genre.