Serious Sam: Siberian Mayhem is the latest adventure for Sam Stone and takes him to the icy land of Siberia. This expansion has been co-developed by Timelock Studio, which has a bunch of known modders from the community. Siberian Mayhem is a standalone expansion, and you don’t need to own Serious Sam 4 to play it. If you’re a fan of the series, you can jump right in. In our Serious Sam Siberian Mayhem Review, we take a look at what Sam has been up to in Russia.

Look, this is Serious Sam, and it’s exactly what you think it is when it comes to the story or writing. Siberian Mayhem provides an extended look at Serious Sam 4 and gives players a look at the events between the penultimate and final stages of the title. It takes a detour, to Siberia, which provides some fresh scenery, and characters to interact with. Being an expansion, I found that the storytelling was more focused, and the few characters that did show up played vital roles in your mission. 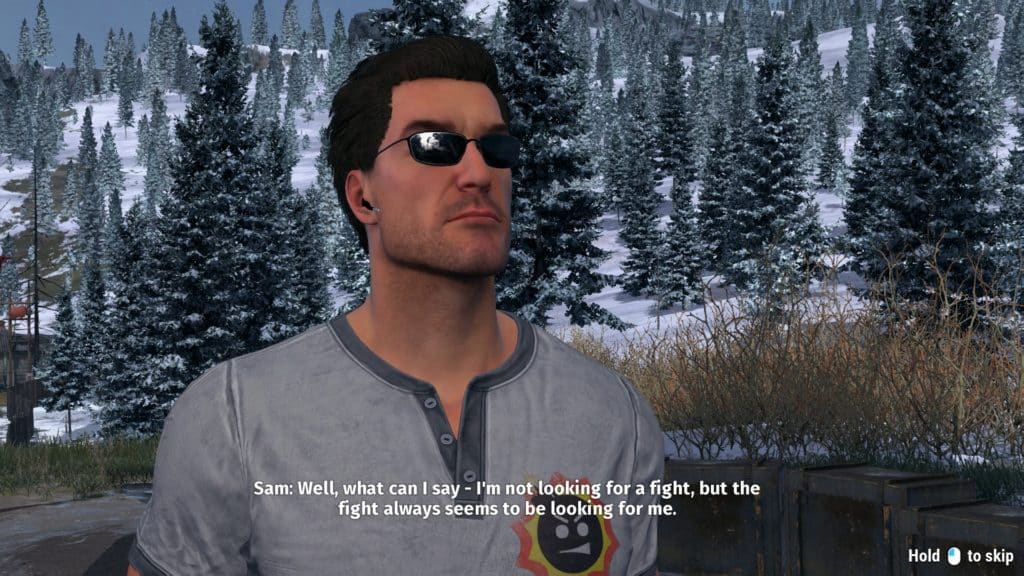 Serious Sam, and his dialogue during a cutscene

The writing was often hilarious, and Sam continues to come up with clever one-liners, which never fail to add levity to any given situation. Despite being surrounded by hundreds of enemies at any given time, Sam’s devil may care attitude, and continued honest optimism never gets old. It’s refreshing to see a character that isn’t always brooding, and one of the reasons Sam stands out.

The few side characters that do show up in this expansion are pretty different from each other and don’t get in the way.

Like previous entries, Siberian Mayhem is a fast-paced shooter where player skill is paramount to progression. While you can get bonus abilities through exploration, most of what you will be doing relies on your understanding of how to maneuver the battlefield. Constantly moving around is absolutely vital, and the game is designed to support that playstyle. Stay in one spot for too long, and a Kamikaze will blow you to smithereens. 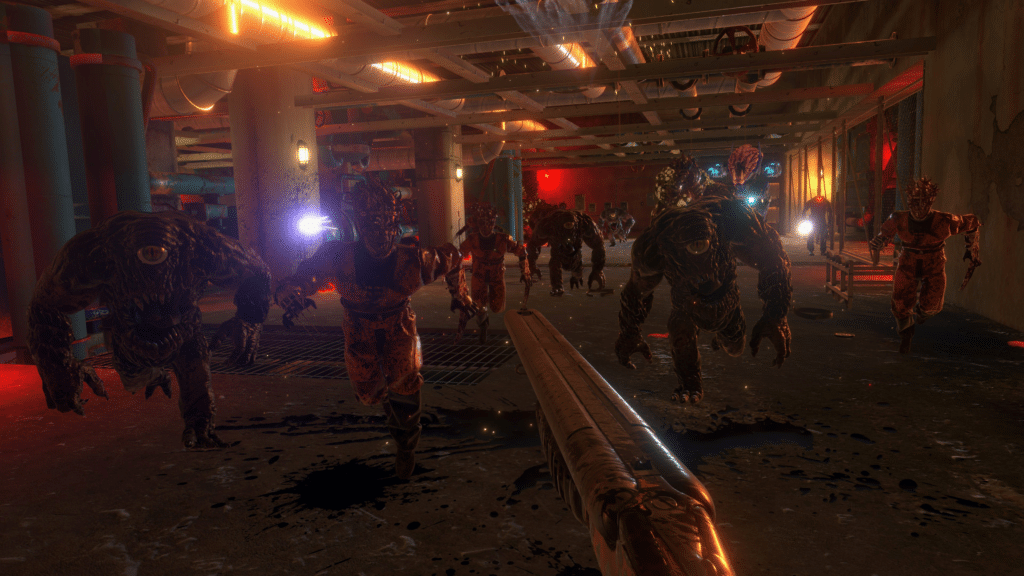 The game starts off easy and introduces different enemy types in an accessible manner. Even if this is your first Serious Sam experience, it won’t take you long to understand what works, and what doesn’t. Different enemy types require different strategies, and switching weapons on the fly becomes something of a habit. Serious Sam is known for its huge scale battles, and that isn’t any different here. This might be the biggest game in that regard, and there are some incredible sections near the end. During these, you’ll be plowing through waves of thousands of enemies without breaking a sweat. Moments like these are where the game truly shines, and encourage aggressive play. 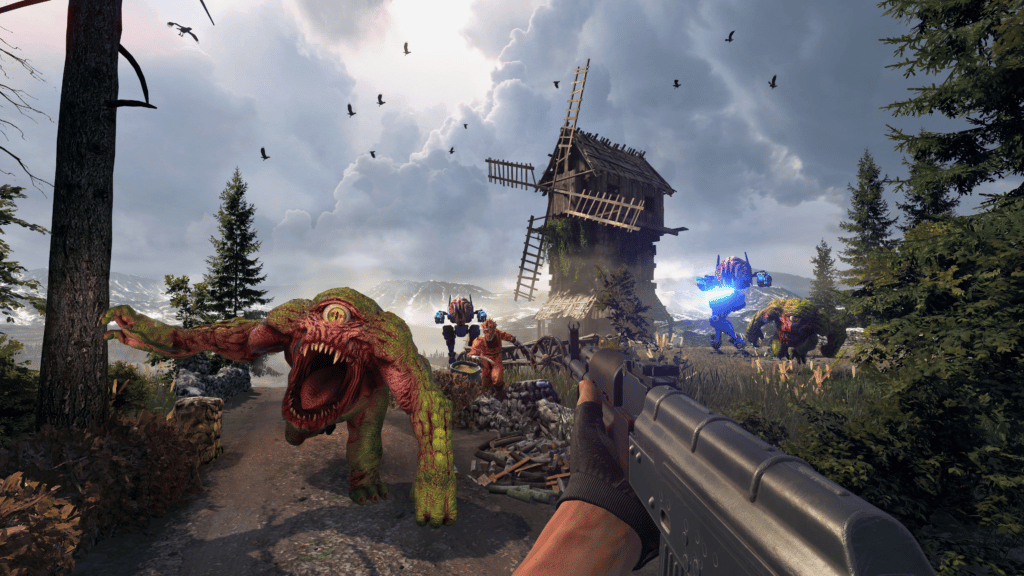 Sadly, there are some occasional bugs that can weigh down the experience. These aren’t as frequent as Serious Sam 4, but you can still run into these while playing. The wide variety of weapons see some new additions, and the standout is easily the crossbow, which encourages ranged combat. There’s also a weapon that we won’t spoil, that fans of the franchise will truly have a blast with.

There are a few new enemies in this as well, which certainly make an impression. The franchise is known for its diverse roster of enemies, and it’s high time we got some new ones that hopefully stick around. 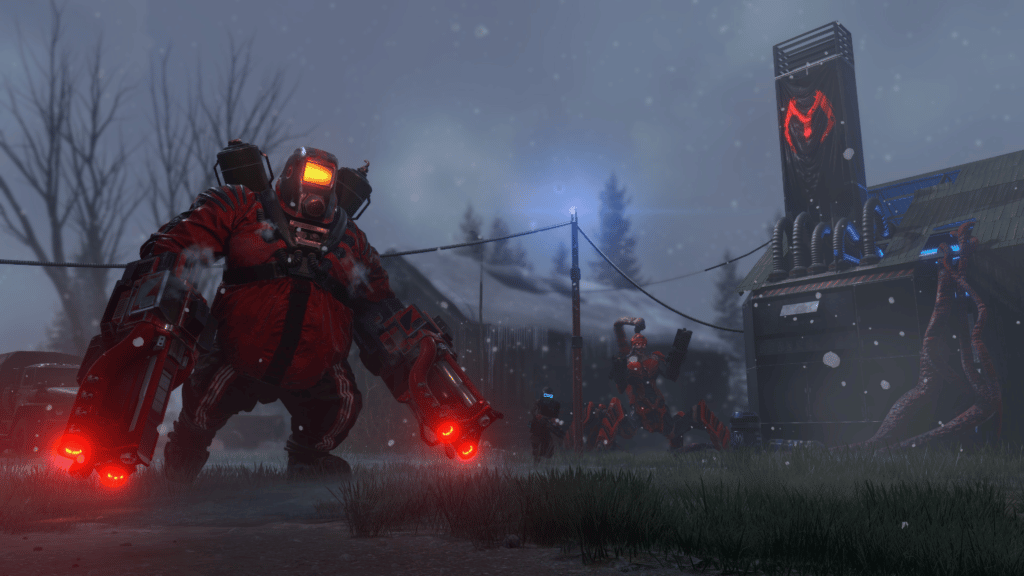 Apart from the regular combat, Serious Sam also features some vehicular sections that, unlike the numbered entry, aren’t too long. This keeps the pacing tight, and you still get to traverse giant levels with hundreds of enemies around you.

Siberia is refreshing in more ways than one. This is the first time we’ve seen a major switch-up in the location, and something the series has needed for a while. You go through different areas throughout the game with varying degrees (heh) of snow. Since you’re mostly traveling South though, things start to look less icy as you reach the end. Either way, the color palette has seen some change that doesn’t get in the way of visibility. 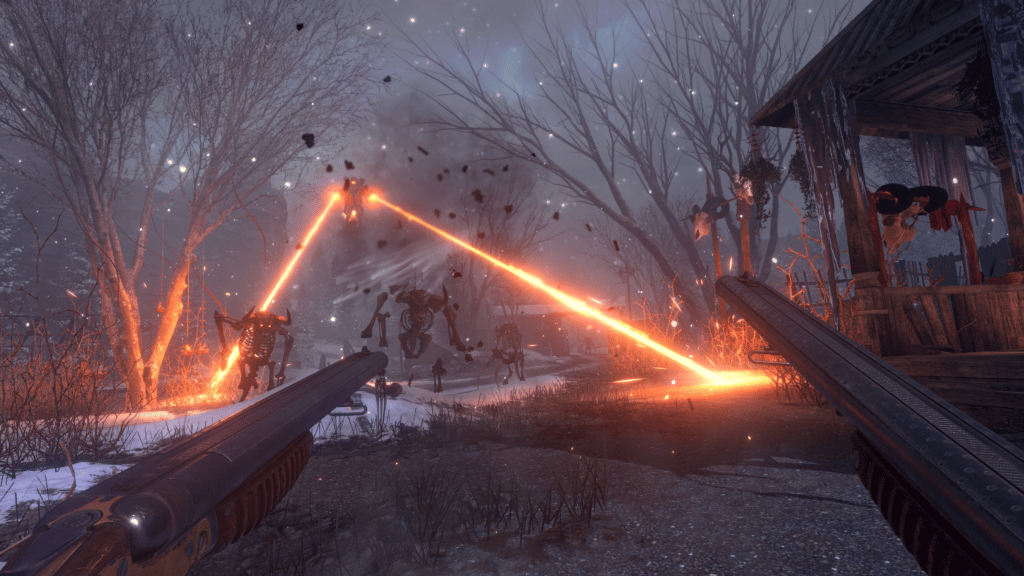 Graphically, the game isn’t different from Serious Sam 4 though, and there are still some issues. Even though I had the game installed on an NVME drive, there was pop-in, especially during cutscenes. It isn’t offensive enough to take you out of it, but it’s something that is visible and happens almost every time. While character models are detailed, the animations during cutscenes are a bit limited and can feel stiff. The detail on the enemies though is outstanding. This is definitely the highlight when it comes to visuals, as each enemy feels well-animated and highly detailed. You can look at each enemy model in-game as well. 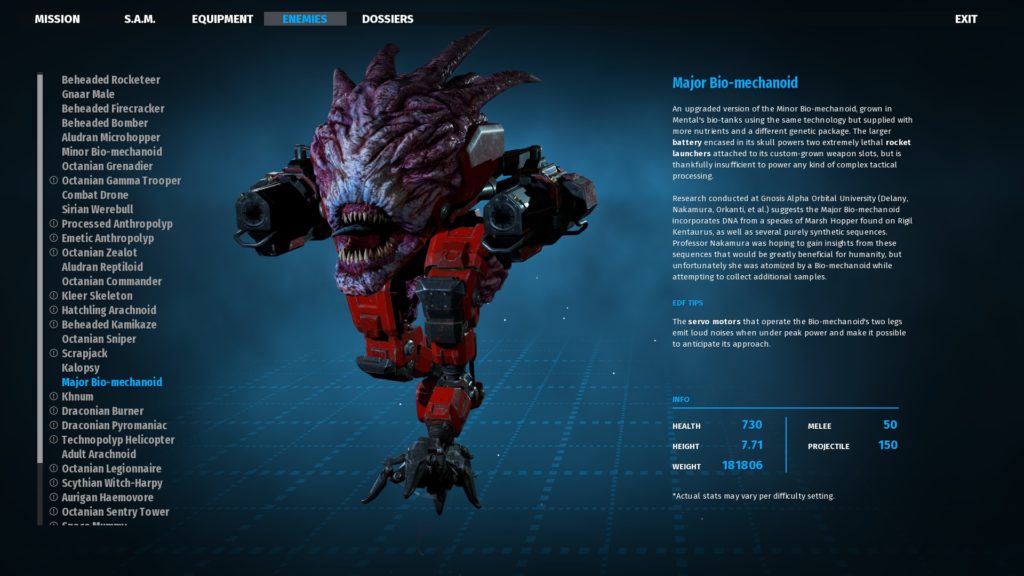 The game has an excellent soundtrack that gets you going, and matches the aggressive gameplay. I do wish there was a bit more variety though, but the tracks that are in the game are all fairly memorable. Guns feel loud, and enemies have distinct sounds that add to the character.

One improvement I’d love to see in future releases is more details about what the various Graphical Settings in-game do. Sure you can look up what most of those settings mean, but knowing what has more impact on your performance can really help. The framerate can seriously tank during sections where you have hundreds of enemies on-screen in a huge plane.

Serious Sam Siberian Mayhem is an exhilarating expansion that manages to combine the best of the series, in a tightly paced experience. It introduces new enemies, weapons, and some of the best sequences in the entire franchise. It’s brought down by occasional bugs, and graphical issues, but nothing that gets in the way of its chaos of unmatched scale. 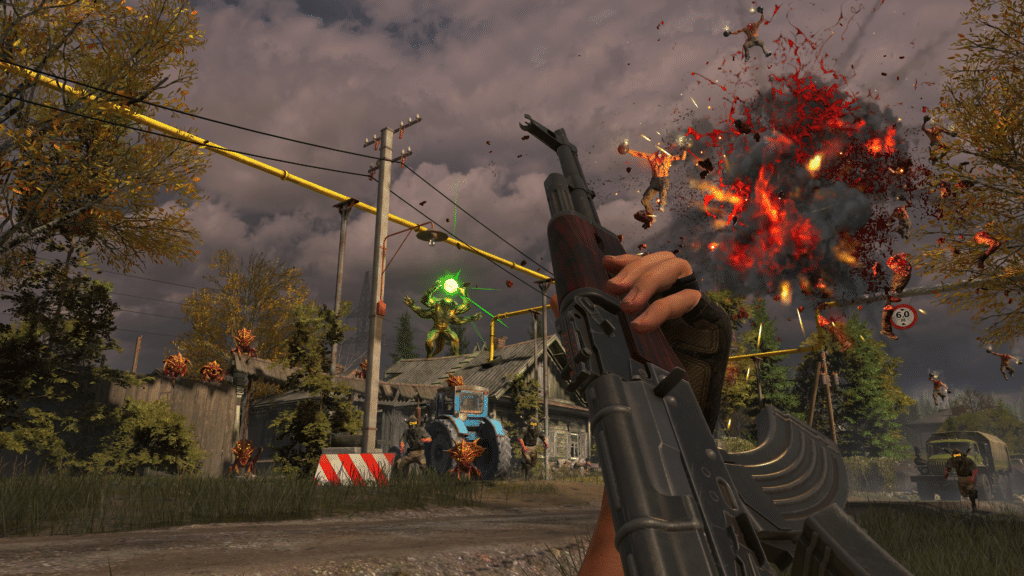 While you are here, make sure to read out other reviews for recent titles like Solar Ash, Nobody Saves The World and more.

What did you think of our Serious Sam Siberian Mayhem Review? Have you started playing the title? Share what you think about it in the comments below.

This review is based on the PC version of Serious Sam Siberian Mayhem Review. The key was provided by Devolver Digital