Every Sunday, we will get you caught up on the sports gaming news you might have missed, during the busy week. This includes the latest videos from our content team, featured articles from the staff and new trailers.

The creation community is a big deal with WWE 2K. The community breathed life into an otherwise dead situation following WWE 2K20. Prince examines what tools and functionalitymight be available to the community for the WWE 2K22 creation suite. I imagine we might be seeing plenty of Cody Rhodes CAWs because if he does join for WrestleMania season, it will most likely be too late for him to get into the normal game at launch. 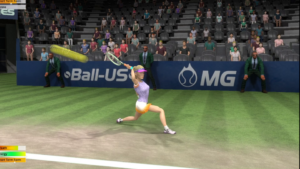 In recent years, there’s been no shortage of tennis video games on the market, which has certainly been nice if you’re a fan of the sport looking to take that enthusiasm to a virtual court yourself. For those who prefer to play their games on a console, there’s been an ongoing match between two different series in AO Tennis and Tennis World Tour 2, both of which released a sequel back in 2020. For people who would rather do their gaming on PC, there are even more opportunities to grab a racket thanks to titles like Full Ace Tennis Simulator and the more recent Tennis Manager 2021. This also brings us to my Tennis Elbow 4 Early Access review. 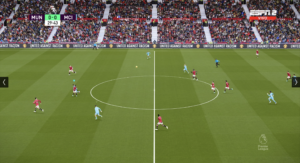 If you’re like me and disappointed by the 2022 soccer offerings by EA (FIFA 22) and Konami (eFootball 2022), you’re most likely playing older games such as eFootball 2021 Season Update or Football Manager 22. A year ago or so I got fed up with lack of editing available on the PS4/5, and in true FOMO fashion decided it was time to attempt my first PC build. Disguised under the justification of “this will be the family computer,” I began my build with a modest budget, pinging (annoying) my PC gaming friends such as our own Robert Kollars for information on what hardware was needed/preferred and where the best deals were. With a good knowledge base built up and enough YouTube searches to fill my feed with enough “Build your dream PC!” videos to take over my entire subscription page, I was comfortable enough to dive into the world of modding, specifically the best mods for eFootball PES Season Update 2021. 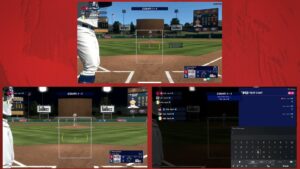 You can either join with one friend and one random, or you can do a full friend game — or anything in between. SDS showed off the mode similar to an offline “play now” game where you pick from the real MLB teams, then pick your pitcher, and then set your lineup. When you hit the field in a 3-on-3 game, one player handles pitcher/catcher, one handles infielders, and one handles outfielders. The roles for the three of you change between innings, and you can’t lock in a role so you’re always the pitcher and so forth. Everyone will have to do everything at some point. Communication can take place via a new emoji wheel, typing, or voice chat. The emoji wheel could actually have some real non-verbal cues that you could use with your teammates to “code in” that you’re going to do a hit and run here and so forth. There will also be a “suggestions” options wheel to do something similar to that. The suggestions wheel should only be seen by your teammates.