Anyone who has been in the market for a high-quality set of DDR5 memory knows just how difficult it is to obtain. And if you do manage to find a kit in stock, it’s going to be damned expensive. At this point in time we know that packs like this tasty Teamgroup 6400MHz kit are overpriced, and deliver poor value for money, but that won’t always be the case. In six months, maybe, just maybe, you’ll be able to find a good 6000MHz+ in stock that’s reasonably priced. And there are few kits better than the Teamgroup T-Force Delta DDR5-6400 RGB.

DDR5 memory’s availability problem is related to a shortage of power management components. It’s not the same as we’re seeing with GPUs, which also have a demand problem which exacerbates the shortage. Supply will certainly improve throughout 2022 for DDR5, something that we cannot say for sure about graphics cards.

Rather than drone on about supply issues, thoug, let’s focus on the kit itself. In the months ahead, we’re hoping that such a kit won’t cost a lot more than a decent DDR4-3600 kit does today. Onward ho!

The Teamgroup Delta RGB kit has an unabashedly premium look, to go along with its high-end specification and performance. It’s one of the fastest kits on the market, rated at DDR5-6400. It’s a 2x16GB kit with 40-40-40-84 primary timings at 1.35 V and it comes with a limited lifetime warranty. Which all means it’s the kind of kit you’ll be able to use for many years to come.

Looks are always in the eye of the beholder, but I feel the Team Delta RGB kit and its diffused RGB lighting looks great. Its opaque covering leads to a subtle good look. I find it preferable to overly bright LEDs that feel like they’re lasers burning holes in your retinas, especially at night time.

Do note that it’s a tall kit, however, so you’ll need to make sure your cooler is compatible with its height and doesn’t tower over the DIMM slots of your motherboard at all. The modules themselves feel well built and the heatspreader hefty, indicating there’s good cooling potential. Some of the silk screening is a bit over the top perhaps, but since you’ll never see that after its installed.

It is what’s under the hood that counts, though. This kit includes SK Hynix memory ICs which are known to scale to high speeds much better than those from Micron and perhaps even Samsung. Hynix is also widely supported with most motherboards including it on their memory QVL lists.  For some reason Samsung isn’t as widely supported, though with each new motherboard BIOS it is catching up. 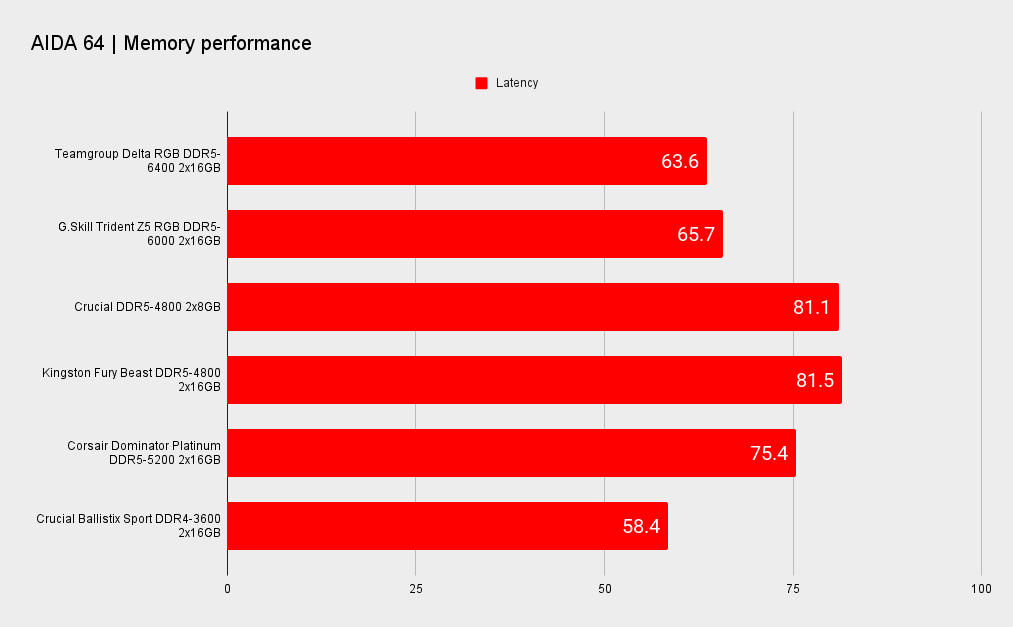 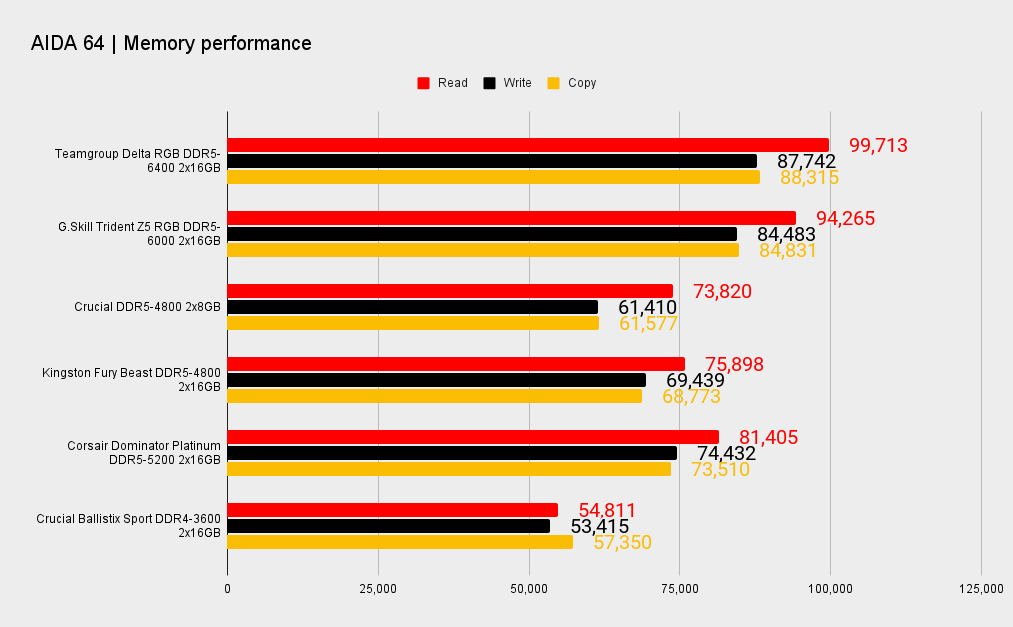 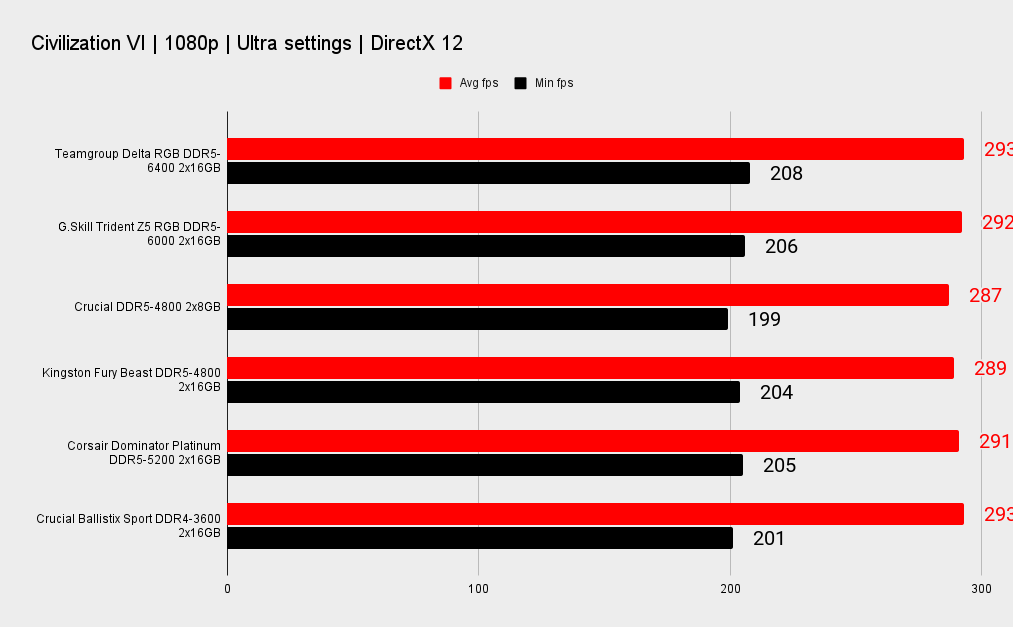 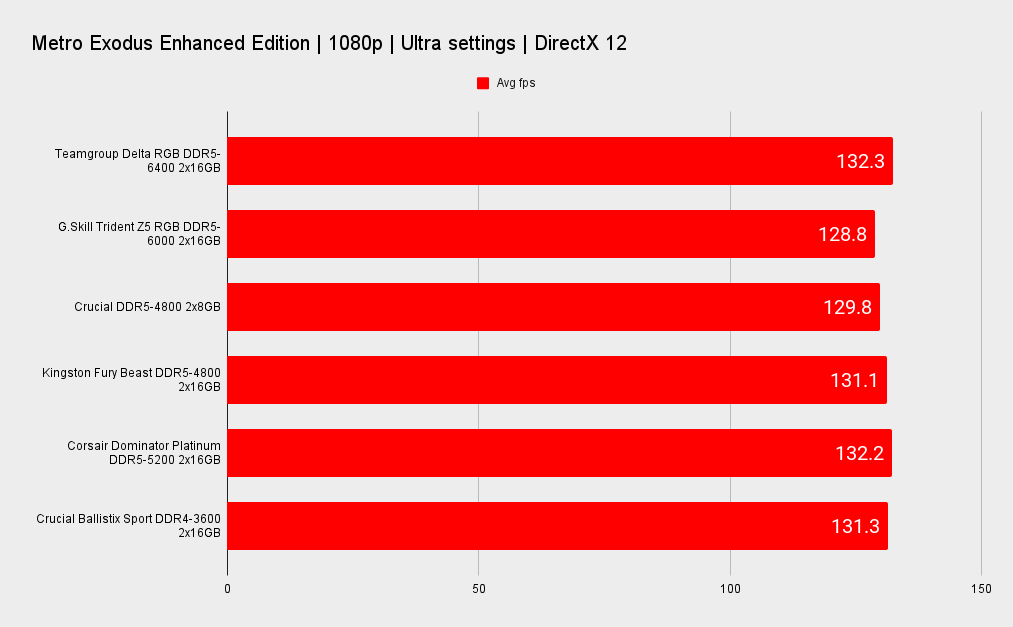 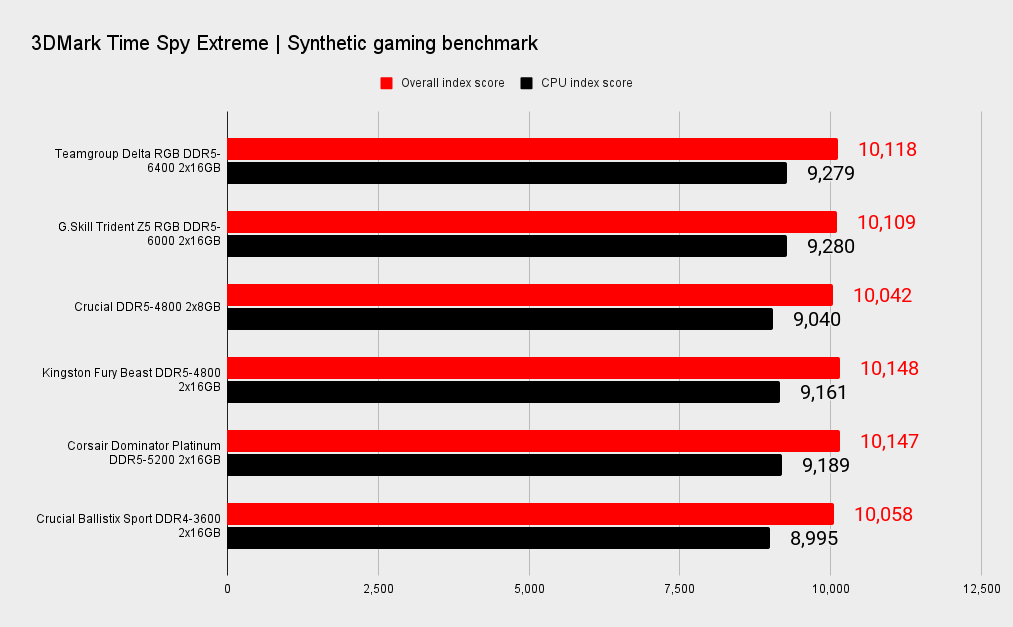 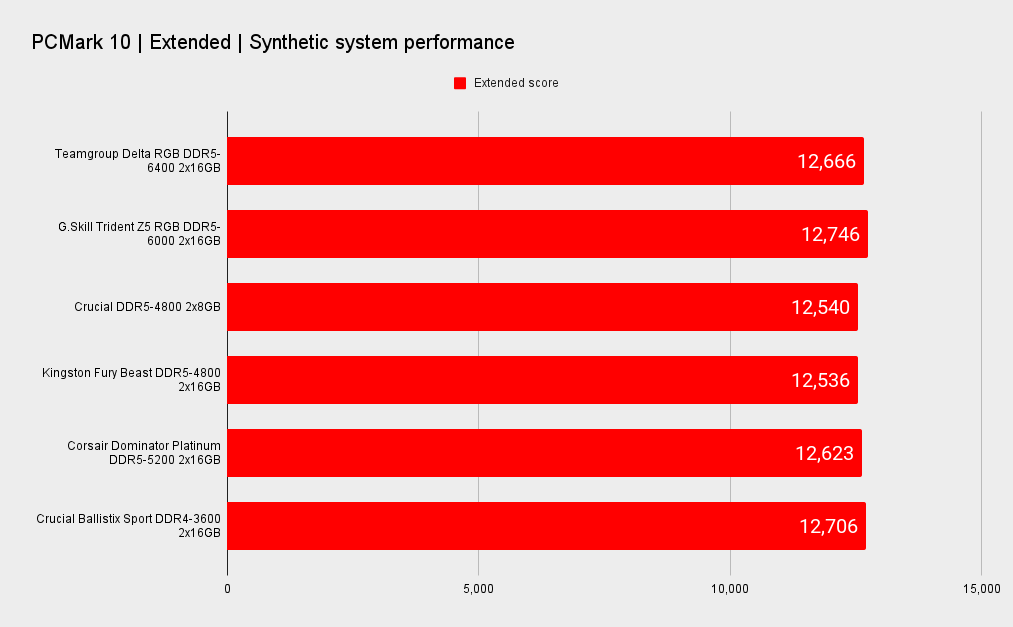 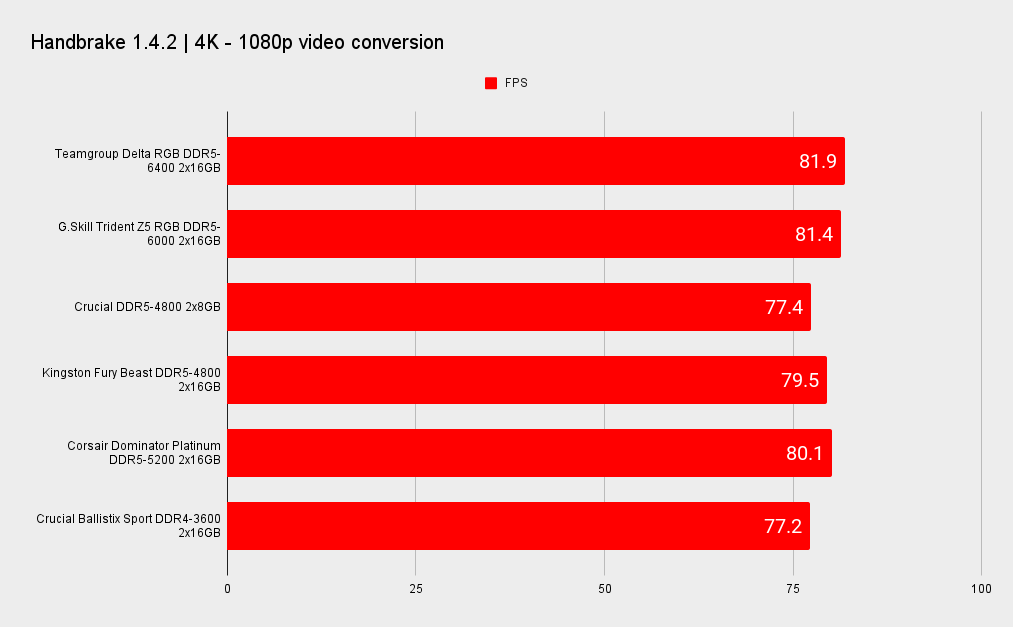 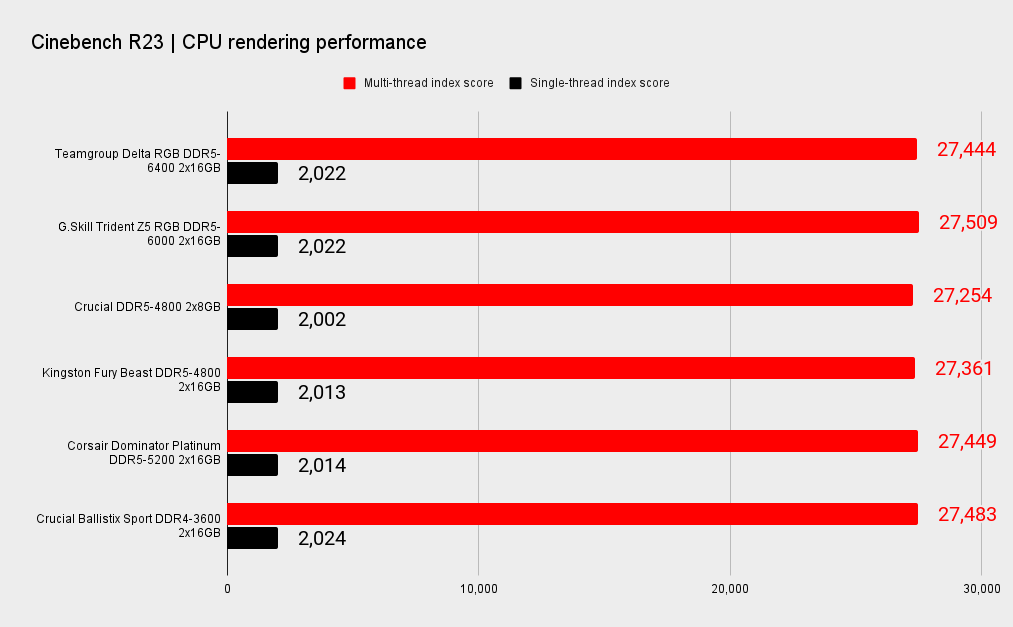 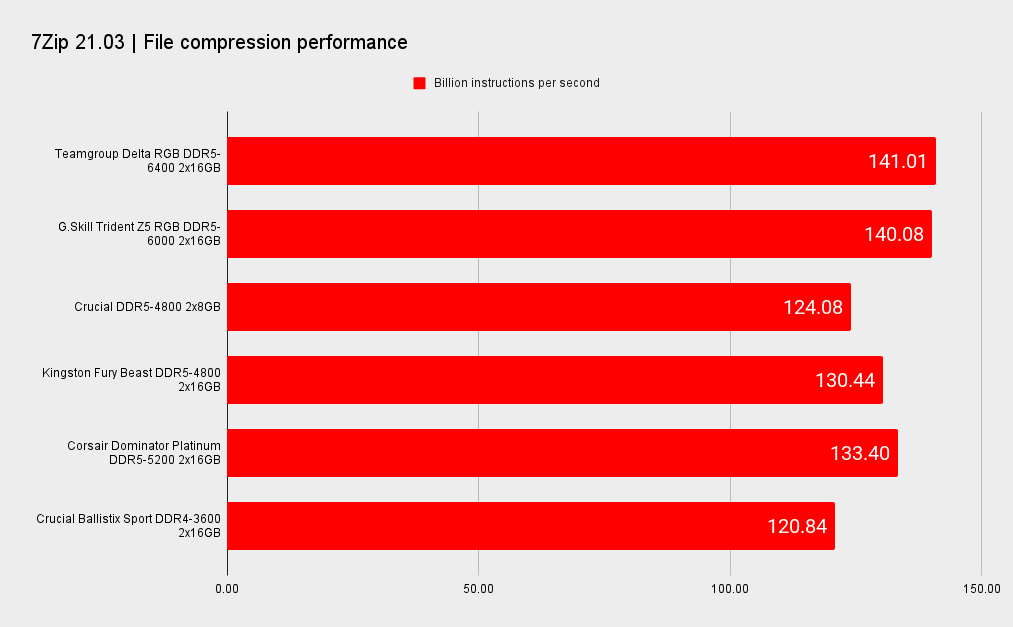 Entry level DDR5 isn’t that impressive due to its high timings and resulting latency disadvantage. The Team kit almost completely overcomes that, and all but matches a DDR4-3600 C16 kit, though of course it features much greater bandwidth, which some applications clearly appreciate. We recently reviewed G.Skill’s Trident Z5 DDR5-6000 C36 kit and that’s a good competitor for the Team kit, though it uses Samsung ICs vs. the Hynix modules of the Team kit.

At default XMP 3.0 settings, it’s a tough battle between the raw bandwidth of the Team kit vs. the slower, but lower latency G.Skill kit. We feel the G.Skill kit wins by a nose unless you exclusively use apps that respond to raw megahertz. In the end, which one you prefer may come down to what you can find in stock or which kit looks better in your opinion. 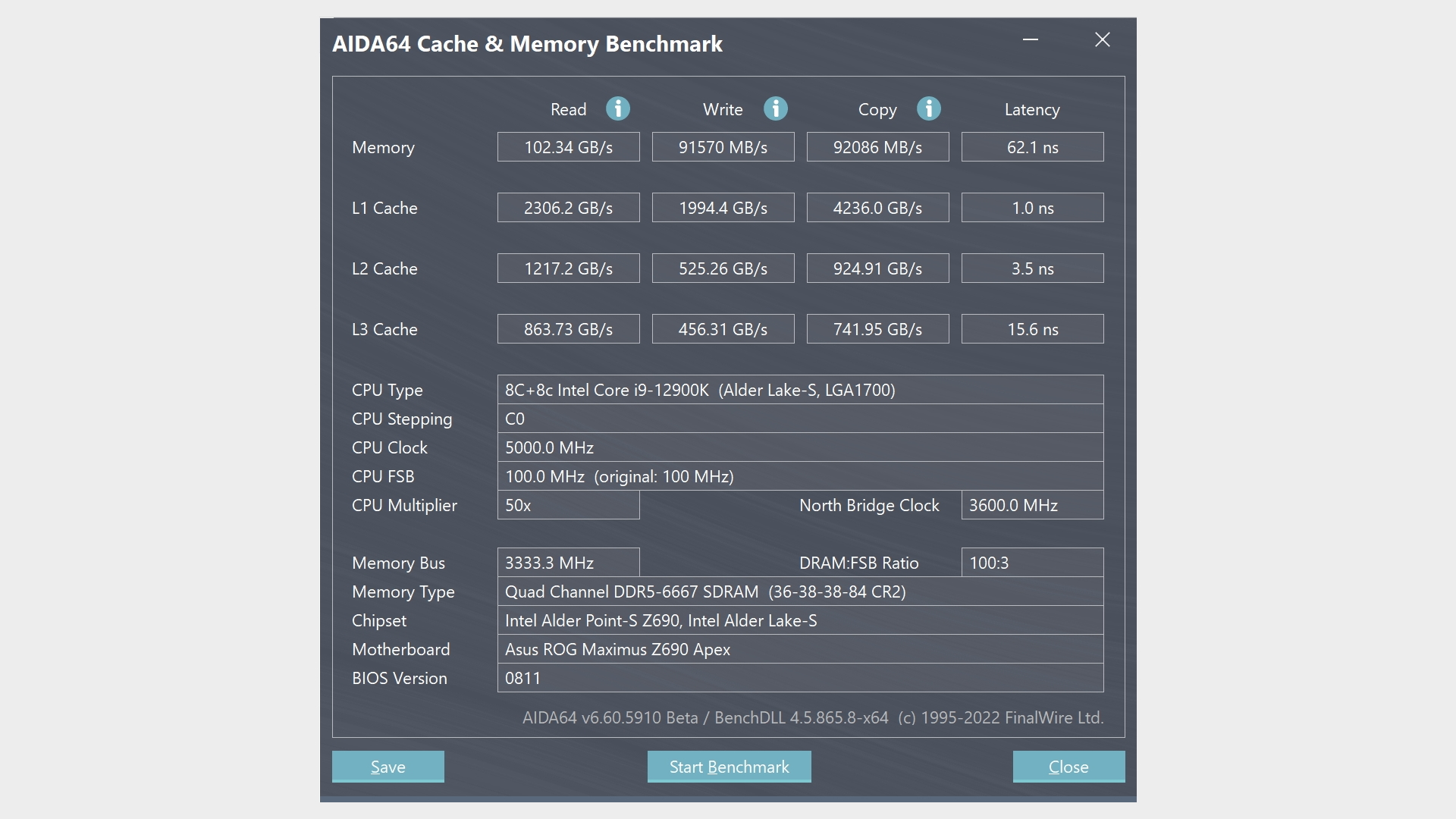 We revisited overclocking with the Team Delta kit and the Asus ROG Maximus Z690 Apex armed with a new BIOS and more adventurous voltage settings. We were able to hit DDR5-6667 at C36-38-38 at 1.43V which passed the AIDA64 memory and cache test. 1.43V isn’t that excessive and it may be that the kit has more headroom, either in terms of clocks or tighter timings. But we had to push IMC voltages to levels beyond 24/7 safe levels, so we’re happy with that overclock and called it a day there before anything nasty happened.

Before we get to the final reckoning, we can’t avoid a little talk about price and availability. We checked with Team directly about availability, but sadly it’s pretty much impossible to find worldwide at the time of writing. In fact, sites like Newegg and Amazon don’t even include prices with their listings, such is the volatility in the market. We know it will be expensive like all current DDR5 kits—we’ve seen figures around $600 or £600—but its certain not to stay that way. Keep checking. You might find a bargain sooner rather than later. 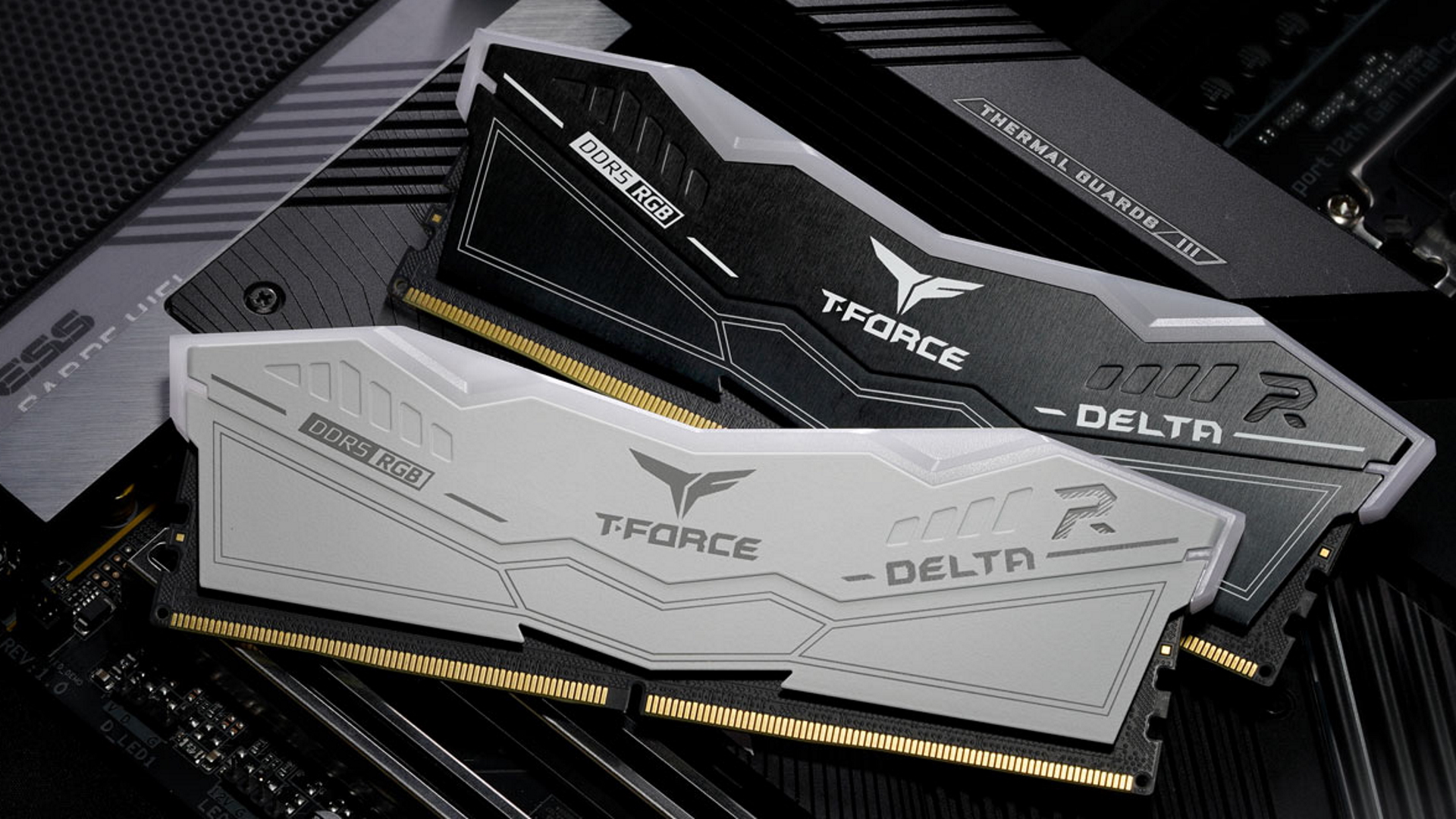 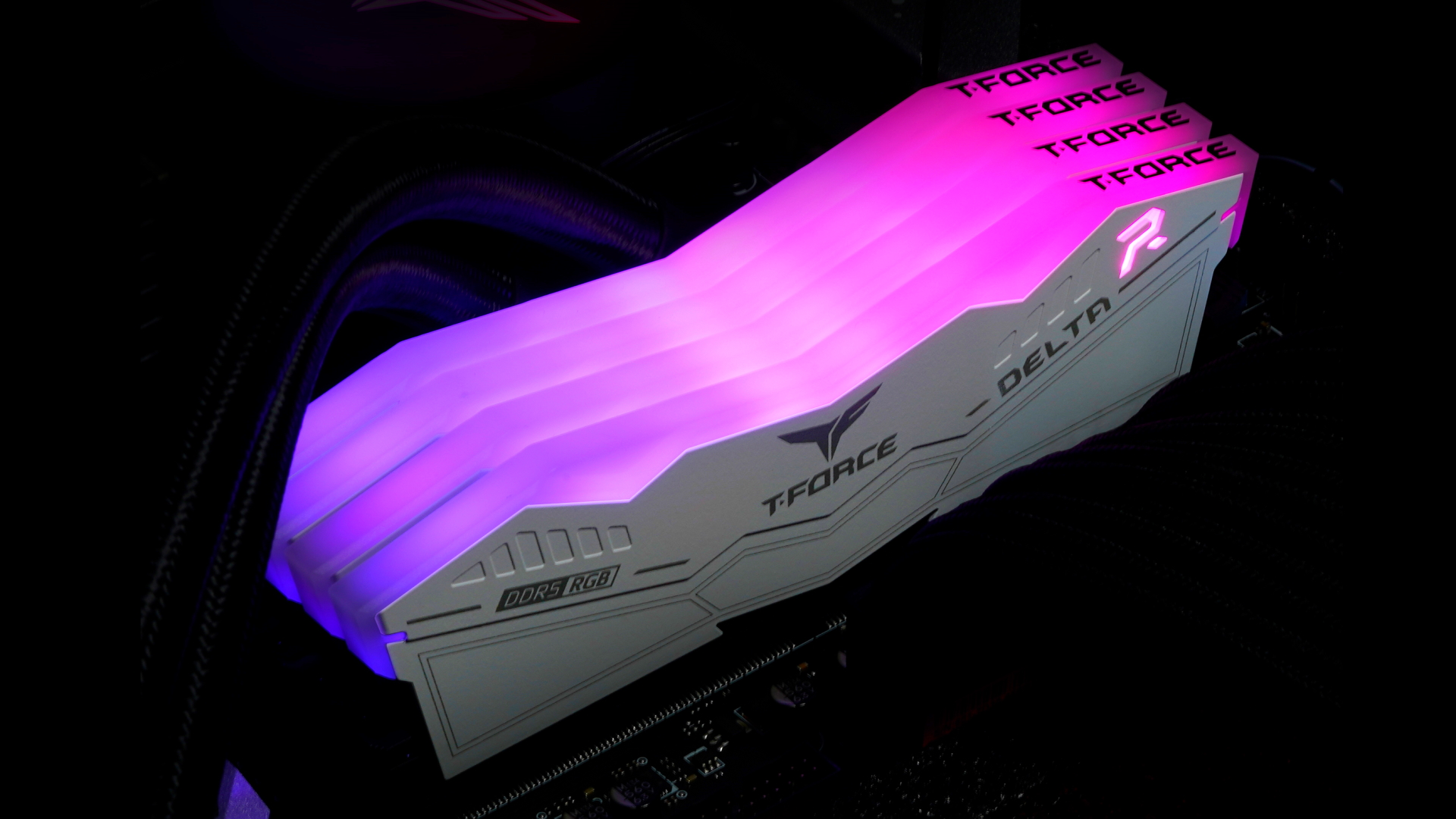 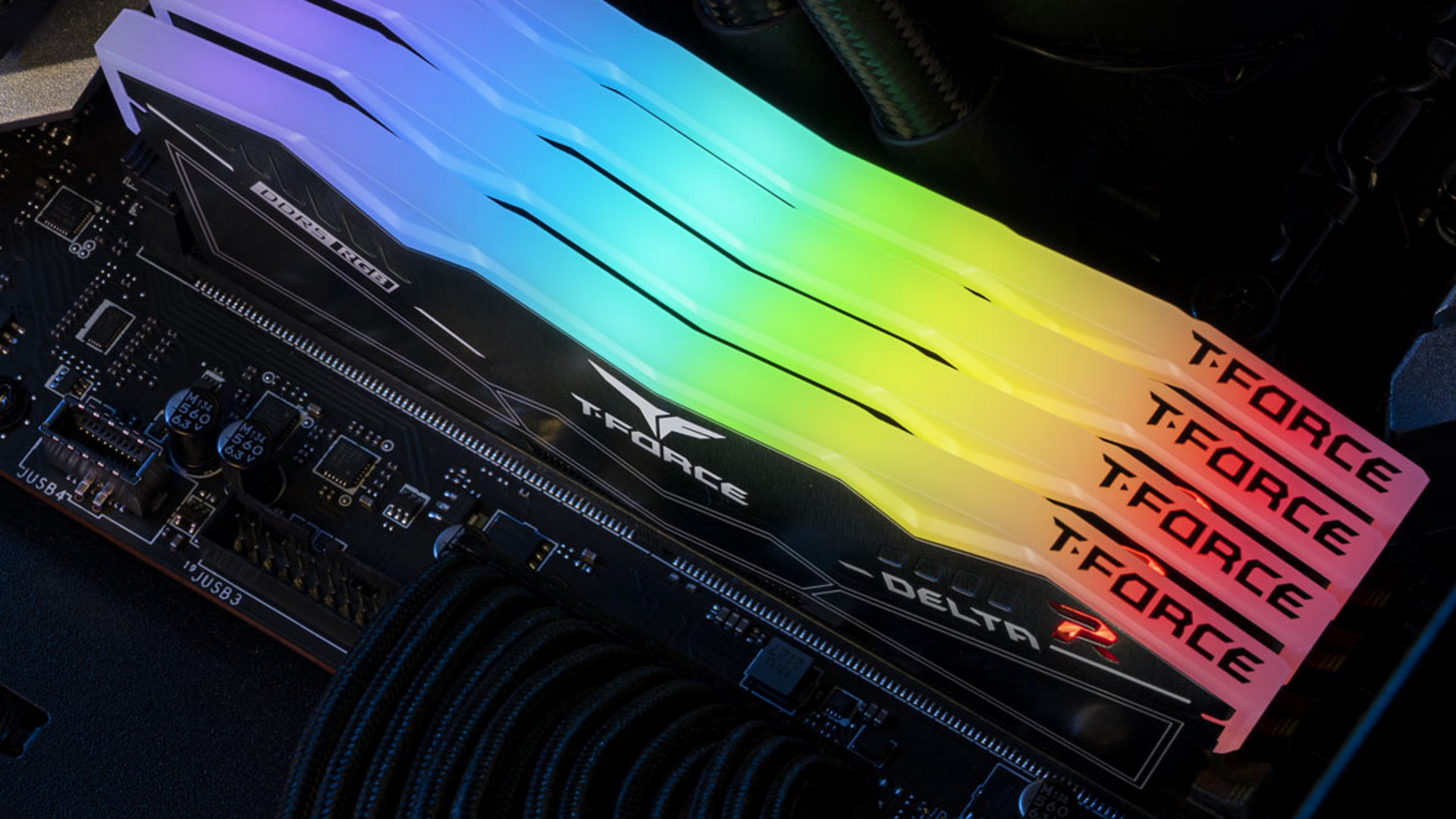 Price aside, the Team Delta RGB kit has impressed us. It’s fast enough to overcome the latency disadvantages of DDR5 and, at 6400MHz, it delivers impressive performance in apps that love bandwidth. Importantly it beats out a DDR4-3600 C16 kit in gaming. Pair it with a Core i9 12900K and GeForce RTX 3080 and you’ll have a very fast, if monstrously expensive (and rare!) system.

We like its good looks, build quality, and it’s got overclocking headroom on top of its already fast speeds. With a better CPU memory controller, or some carefree voltage application, we think it can hit 7000MHz, and potentially a lot more as the DDR5 ecosystem matures. But yes, there’s that pricing and availability hanging around it like a dark cloud. We think we’ll have to reassess in six months at which time we expect the Team Delta DDR5-6400 kit to be a lot more compelling.