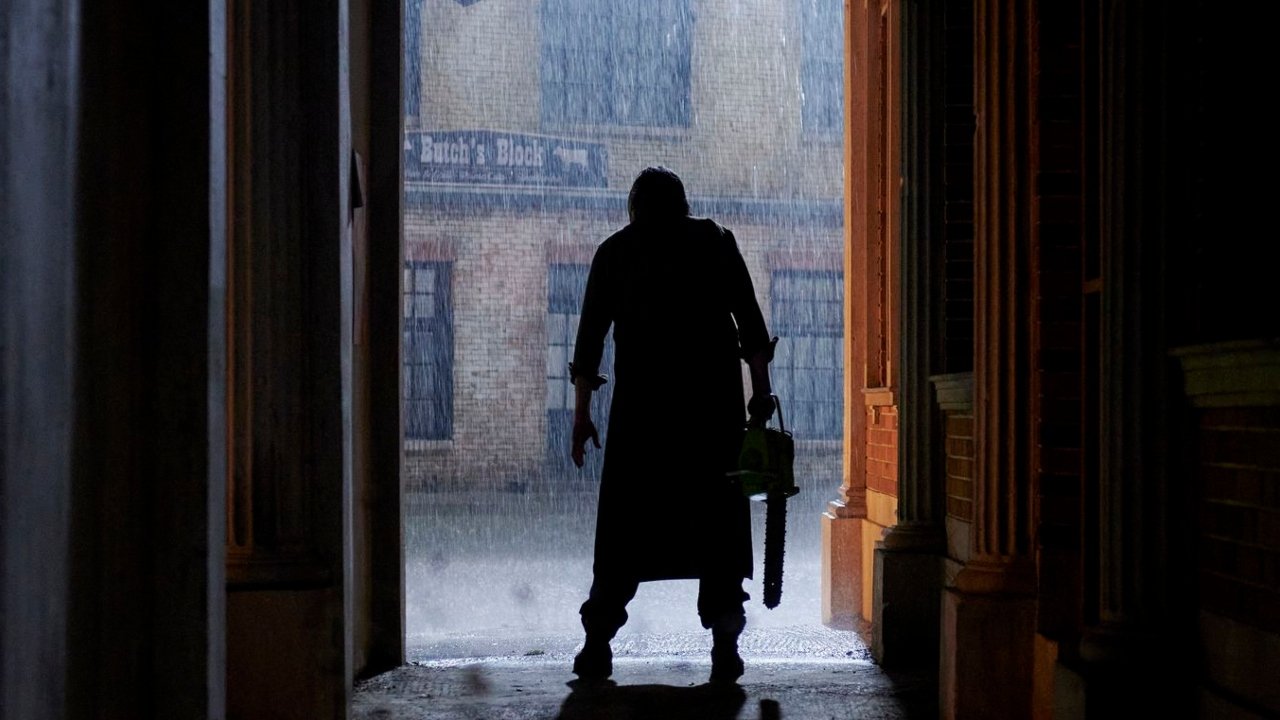 When it hit cinemas back in 1974, the original Texas Chainsaw Massacre was a landmark evolution of horror cinema. It painted a bleak picture of what killers could be, brutally defiling the dead as they cut through everyone you love. It was brutal, haunting and shocking. Even now, that first film feels like a moment in time, still able to reach out from the darkness to traumatize a new generation of viewers.

It is a hard legacy to follow, but the newest film in the series, Texas Chainsaw Massacre (2022) hopes to do just that, using the legacy of the first film as the building blocks for the next instalment. Viewed as a true sequel to the 1974 original, this film picks up 50 years later. Filled with callbacks, and a world that knows of those original events, there is a lot that should work with this new entry in the series, yet somehow, after all the brutality and gore, I felt more empty than anything as the credits rolled.

To set the stage for this movie, Texas Chainsaw Massacre (2022) follows a group of 20-somethings who decided to bring investors to a remote Texas town to gentrify it…for reasons. There is a lot going on early in the film, giving a taste of whom these people are, why they find themselves in an isolated town. Even with all that, I never fully understand why anyone would tackle a project like rebuilding a town with idealistic goals, all the while being so ill prepared to make that a reality. But since this is a horror flick, it is as much a reason as any to get a bunch of people trapped and ready for slaughter.

“I felt more empty than anything as the credits rolled.”

The story focuses on a few of our idealistic 20-somethings, with most of the other people acting as fodder for the meat grinder that the film will become. Melody (Sarah Yarkin), sister Lila (Elsie Fisher) and business partner Dante (Jacob Latimore) make up our main naive characters, with Richter (Moe Dunford) acting as a nihilistic mechanic and handyman they enlist to make this gentrified new city a reality.

There is little told about any one of them, with the biggest backstory being focused on Lila, a survivor of a school shooting, and someone who is deeply traumatized entering the world of this film. She is also one of the few characters you won’t hate as the film moves into the third act. Everyone else is, at some level, either dumb, entitled or just a stereotype that makes them hard to like or even root for at a basic level. 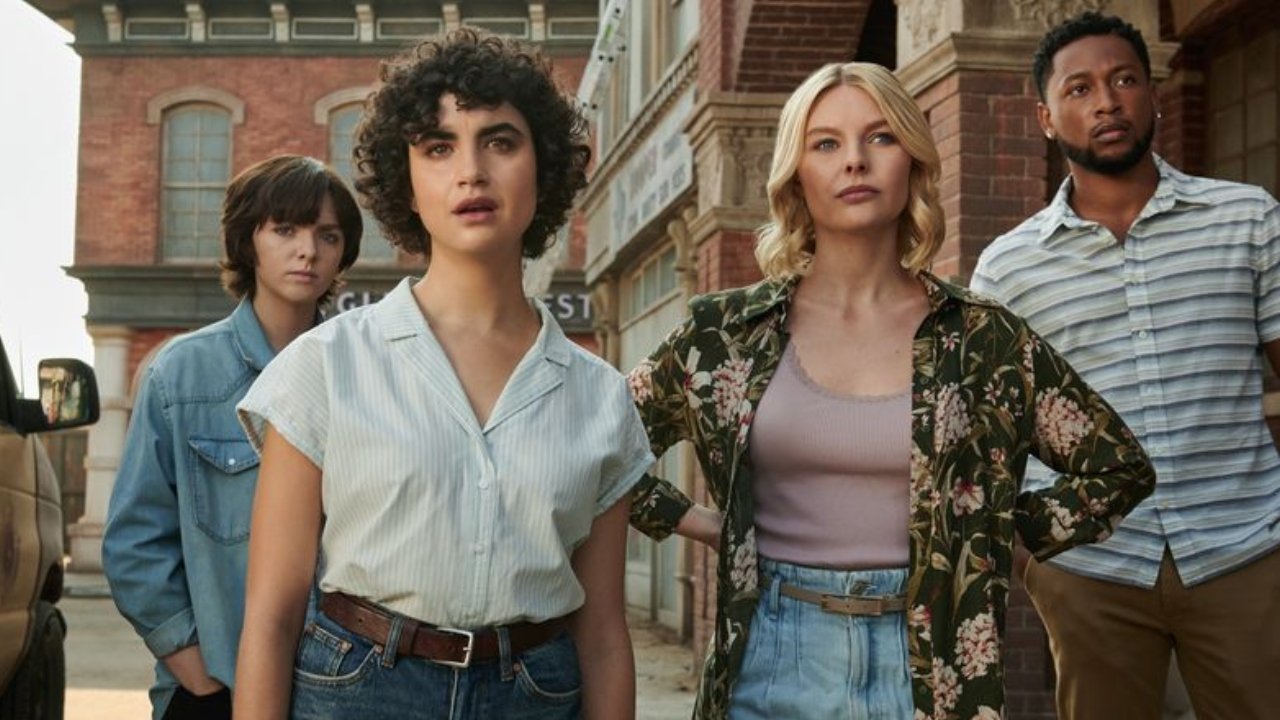 The story, as it is, is about gentrification and forcing everyone that once lived there out, causing the death of Leatherface’s mother. With her suffering a heart attack from the shock of being pushed out of her house, things quickly go from bad to worse as the long dormant serial killer once again picks up his chainsaw and starts to work his way though everyone that had any part in his mothers’ death. Add to the mix a moral dilemma and some contrived reasons why no one can leave, plus a reason for the protagonists to find themselves in the old building Leatherface calls home, and you have the basic concept of the film.

The filmmakers even decided they needed to bring the one survivor of the first, Sally Hardesty
(Olwen Fouéré), back and harked back to what Halloween did with Jamie Lee Curtis. Having spent her life looking for Leatherface, she is ready to take him down, and finally give closure to the trauma she has faced all these years. While good in concept, this character ultimately added little to the finale, and there was no clear focus on what she added to the overall story.

With the basic scene set, the film does what it does best, and finds reasons and scenarios for the old, but still seemingly indestructible Leatherface to cut through everyone who dared to step foot in the town. Much like the modern sequels to Halloween, these geriatric killers somehow are able to overcome even the most prepared resistance, and somehow never face any issues due to weapons hitting them, or guns existing and being used repeatedly in the film. 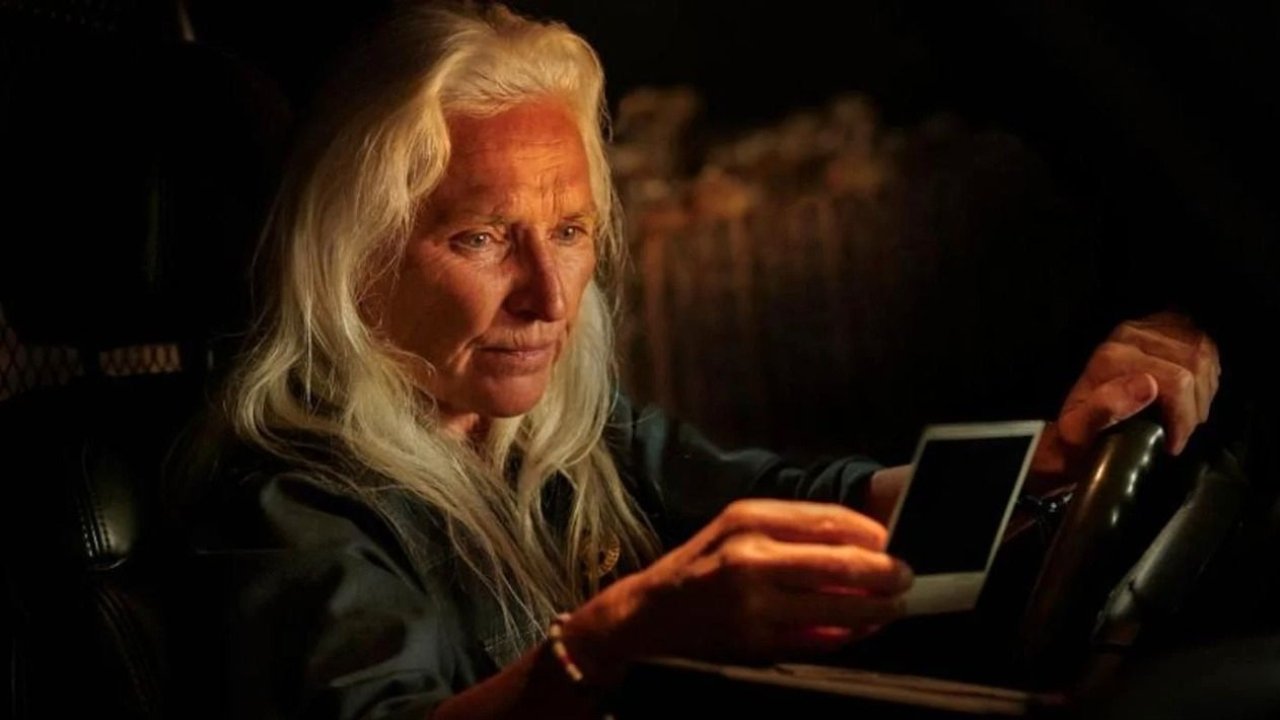 There is also the question of the message and the core of the movie. There is a lot of talk about gentrification, and city people pushing out the local people, but the movie also dives into topics of school shootings, trauma and racism, all without any motivation or stance that makes anything that unfolds really make sense in the context of the film. While these topics are fine to tackle, and add a level of heft to the characters, it feels like window dressing on an otherwise hollow shell.

“There is a lot to like in Texas Chainsaw Massacre with how they revisited the source material, and there is a reverence for what came before, but somehow the film fails to live up to the potential…”

Don’t get me wrong, there is talent at work in this film. Some acting really works, giving a true sense of the suffering and tragedy the characters are facing. Even the camera work is at times masterful, with some shots that are expertly conceived and executed, making what could be simple scenes feel tense, and oozing with dread. But it is this inconsistency that takes much of the tension and stakes out of the film.

Even the motivations of characters and how they are portrayed feel all over the place. There are times Texas Chainsaw Massacre (2022) manages to give a clear picture of who everyone is and how they will act. This is only undercut when the film needs them to act differently, or just to push the cast of characters into the meat grinder, since anything else would leave the film ending early. It is lazy filmmaking and takes away from what could be a great take on the subject. 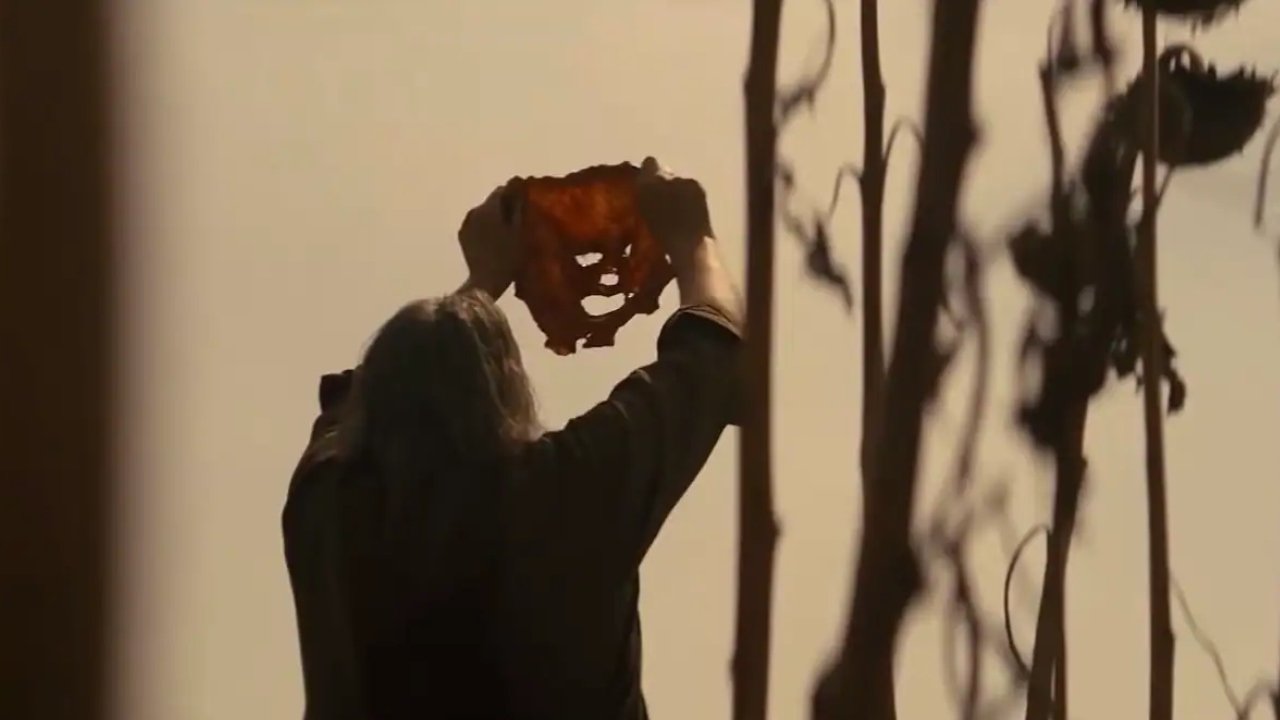 Texas Chainsaw Massacre is a landmark in cinema. This sequel feels more like a hollow cash in that fails to understand the core of the original film. There is a lot to like in Texas Chainsaw Massacre with how they revisited the source material, and there is a reverence for what came before, but somehow the film fails to live up to the potential, squandering all the good choices under a mountain of bad ones. If you love the series and need to see more of Leatherface, give it a watch. Everyone else should stay far away, let this monster sleep a little longer.