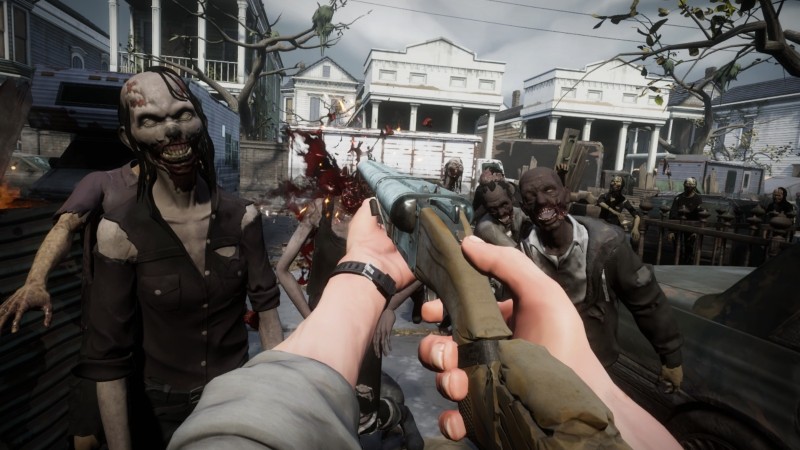 The game’s reveal came via a small teaser video of the logo on Twitter. Skydance states that Retribution is a full-fledged sequel that continues the story of the Tourist from the first game. However, Skydance also bills this as a standalone tale that newcomers can jump right into. Unfortunately, no gameplay details, release window, or platforms are known at this time.

It wouldn’t be our second anniversary without a surprise. Hold on to your heads, tourists, The Walking Dead: Saints & Sinners – Chapter 2: Retribution is coming. 😈 #TWDSS #secondanniversary #Chapter2 #Retribution pic.twitter.com/ajibDagmKP

The Walking Dead: Saints & Sinners unfolds in a zombie-infected New Orleans. Players control the Tourist, who must fight their way through hordes of undead to reach a military bunker. Gameplay blends action and survival elements and the narrative can change gears depending on your choices. We recently included it on our list of the Top 10 Meta Quest games you should play right now. Last fall, it received the free Aftershocks content update that added new story missions and other goodies.

Did you enjoy The Walking Dead: Saints & Sinners and what do you want from the sequel? Let us know in the comments!