Here’s something that might surprise you: There’s no shortage of cheap gaming monitors around today. You can actually find a good few deals on decent panels today, and while they’re not at the cutting-edge, they’re more than enough for you to cut your teeth in competitive PC gaming with.

Hannspree might not be a brand you’re familiar with, but it’s one that members of the PCG hardware team are. It’s known for its more budget offerings, but at its price its a bit of a force to be reckoned with. It’s based in Europe and is an offshoot of one of the largest glass panel manufacturers in the world, wouldn’t you know.

Fun fact: They also used to be a prime sponsor of Moto GP.

But less on the brand, more on the monitor. Of course, you’re looking at some chunky real estate here with that 38.5-inch panel. I have a 34-inch panel on my desktop and that’s pretty damn large when you’re sat at a desk. That size does mean that the 1440p pixel resolution is stretched further, meaning less pixels per inch, but so long as you’re in it for the immersive qualities over everything else then you’re good here.

You’re also not giving up speed for size with the Hannspree, and that’s music to our ears. At 165Hz you’re looking at fluid movement on-screen during even fast-paced games, but that 1440p resolution makes it a little more attainable for a mid-range graphics card. That said, you still might struggle to make the most of either with a budget GPU. 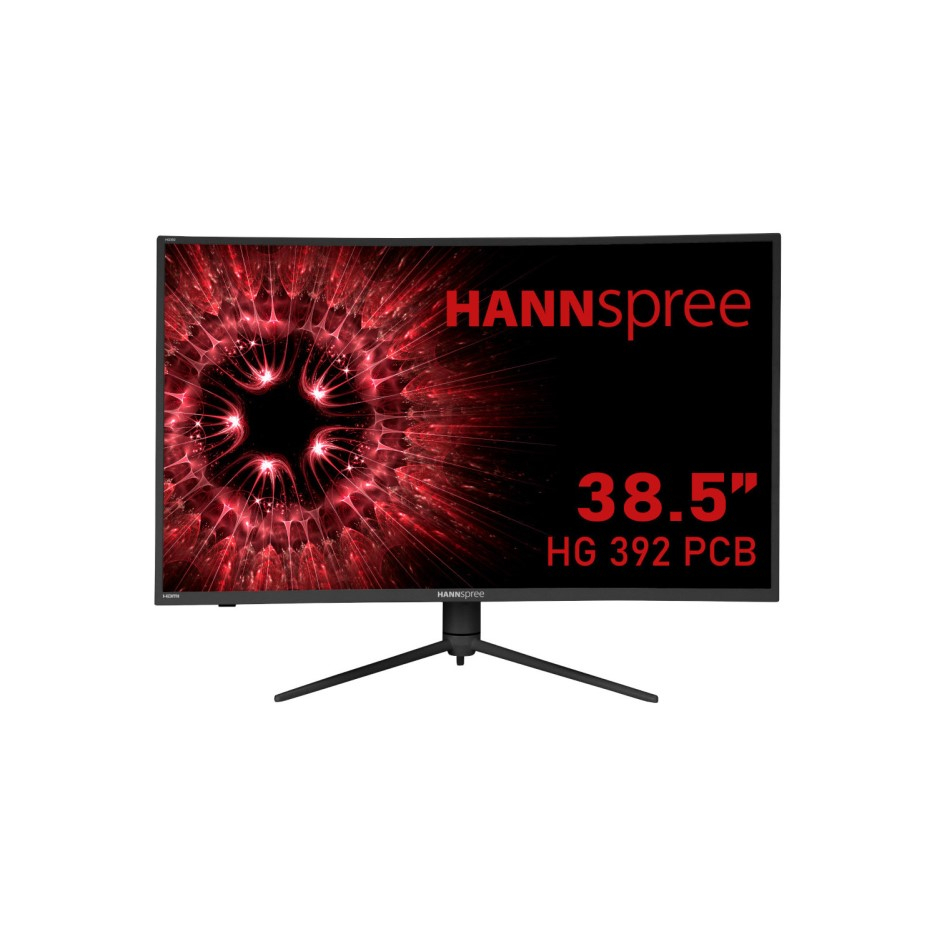 I also wanted to drop in this slightly cheaper BenQ monitor I spotted while on the Laptops Direct site. It’s a 1440p IPS with a 144Hz refresh rate, and it’s smaller at 27-inch. However, if you aren’t keen to spend as much, it’s only £330. That’s apparently £195 off the regular price, though I can’t imagine it would ever be sold at that high of a price in 2022.

If neither takes your fancy, you can always check out our guide to the best gaming monitors in 2022. We’ve tested a whole bunch of monitors to see which make the cut, so you’ll surely find something that fits your needs there.