Valheim is getting a new icy dungeon 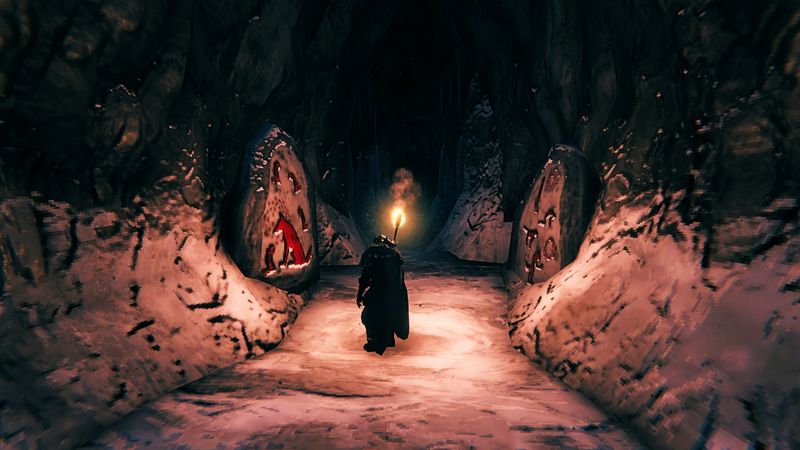 While we don’t know when Valheim’s Mistlands update will fully launch, we now have some more content for the Viking game to tide us over until the big day. Iron Gate is currently testing out a new dungeon on Valheim’s public test branch, and you can go and check it out for yourself on Steam. Frost Caves are a new type of dungeon that will only appear in unexplored areas in the Mountains biome. You’ll have to deal with ulvs, cultists, and bats while you hunt around for the new red jute, fenring hair, and fenring claw crafting items. The perilous trek looks like it’ll be well worth it, though, as you’ll be able to craft a fenring-themed armour set, the new Flesh Rippers weapon, and some more build pieces, which are named red jute carpet, red jute curtain, and standing brazier. The danger doesn’t stop there, though, as a new event can also occur. Iron Gate hasn’t yet revealed what it’ll entail, though you’ll know it’s coming when “you stirred the cauldron” is plastered across the screen. Gulp. “The fenrings stalking the Mountains at night had to come from somewhere,” Iron Gate says. “Now you can finally discover the strange frozen caves where their brethren reside – if you’re brave enough to face them. Maybe you’ll even be able to learn a thing or two from how they fight?” There are plenty of other nifty tweaks on the PTR, too. Iron Gate is optimising Valheim for the Steam Deck, and there’s full controller support, too.