It may sound a bit strange coming from a hardware nut that is more at home with a big ol’ desktop PC, but I’m stoked about the possibility of the integrated graphics in AMD’s new mobile CPUs. The Ryzen 6000 series will be hitting laptops shortly and will be making an appearance in all the usual gaming machines alongside Nvidia and AMD’s finest mobile graphics cards. And while they’ll quickly become the models of choice for serious gaming, it’s actually the prospect of ultra-thin and light machines that has me most excited.

Imagine a small 13-inch laptop that doesn’t have the room to keep a bulky GPU cool, but can handle the heat produced by one of AMD’s latest APUs. A machine that would normally make for a ropey experience with the integrated graphics of yore, but that can turn its hand to 1080p gaming at a reasonable frame rate. That’s the promise of AMD’s new RDNA 2-powered APUs.

AMD has leapfrogged the first generation RDNA architecture for its integrated graphics, going from Vega to the very latest technology, which means if nothing else it can shout about what an improvement it is over the Ryzen 5000 mobile chips.

I may only have AMD’s word for the actual performance at this point, but it keeps banding around a 2X performance increase over the last generation, which means you’re suddenly in the realms of 60fps in plenty of less demanding games at 1080p. Admittedly this is generally going to be at the lowest possible settings, but if frame rate isn’t that important to the game in question, you may be able to dabble with medium settings at 30fps or so.

There are two different iGPUs going to be squeezed into the new Ryzen 6000 series mobile parts, with AMD Radeon 680M offering 12 CUs and a 2,400MHz clock while the 660M has 6 CUs pootling along at 1,900MHz. We’ll have to see how these GPUs fair in games ourselves when the first laptops start landing (and day now), but going by the graphs that AMD is showing off they do look surprisingly capable. 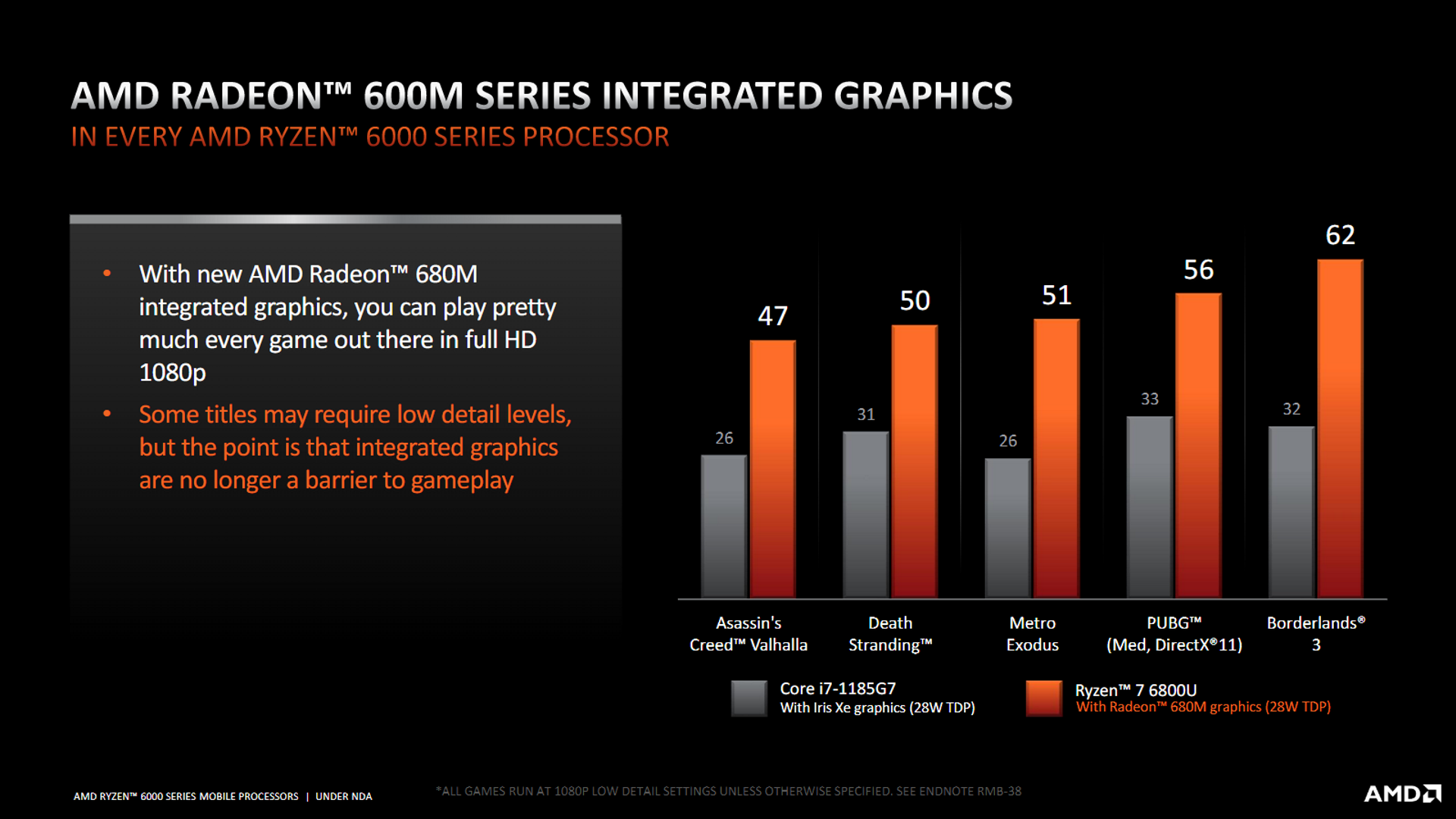 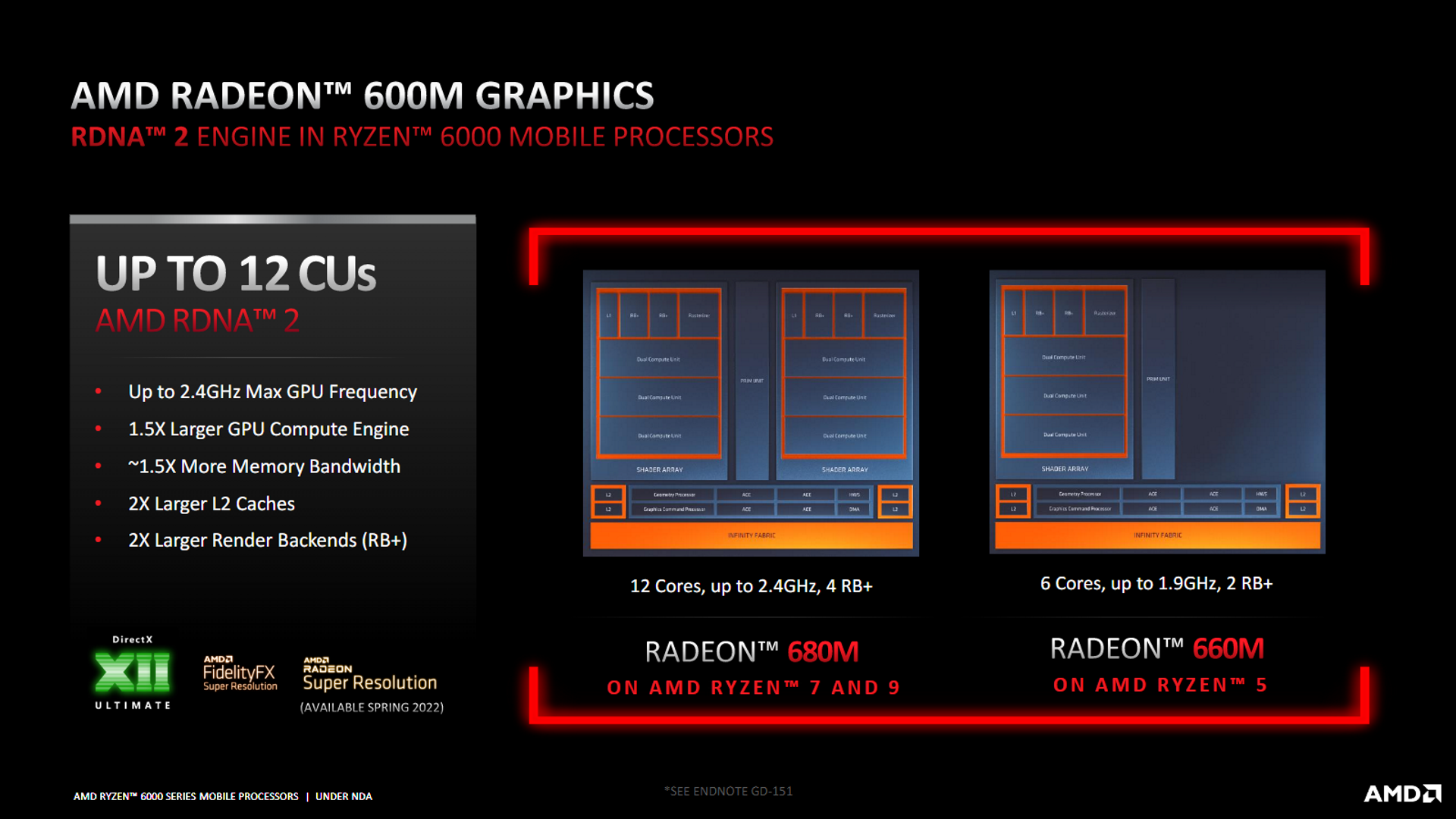 The fact that the Ryzen 6000 mobile chips are so rounded just sweetens the deal. You’re looking at support for PCIe 4.0 for sweet SSD storage options, DDR5, and Wi-Fi 6E as well. These chips are all eight-core, 16-thread models across the whole stack as well, which means there’s plenty of raw processing grunt on offer too.

Intel’s Alder Lake is also hitting the market at about the same time, and that’s definitely got some interesting tech to offer. Even so, it’s the integrated RDNA 2 graphics in Ryzen 6000 that has me most excited about this year’s laptops. Here’s hoping laptop manufacturers produce something that makes the most of them.