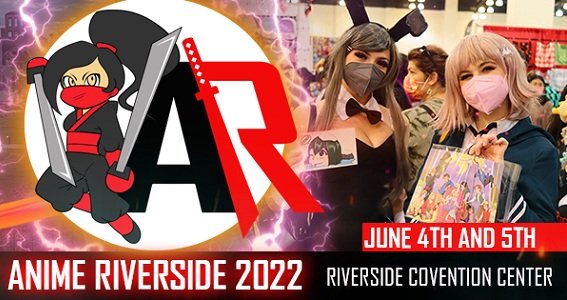 The folks behind Anime Pasadena will bring some anime joy to the folks in Riverside, California.

Announced today, Anime Pasadena will launch Anime Riverside on June 4 and June 5 at the Riverside Convention Center. Fans can expect to see some noticeable names in the world of anime along with Ranger Legacy, which celebrates the beloved series Mighty Morphin Power Rangers.

Early-bird tickets for the June convention are on sale right now. Up to two kids under the age of 12 can attend for free with every adult ticket purchase. Follow them on Facebook to gain more updates for the event.

Anime Pasadena will make its return to the Pasadena Convention Center on November 20 and November 21. This year’s installment will find them increasing their usual show hours to deliver more content. Early-bird tickets will go on sale soon.