Blizzard is making a survival game

Blizzard Entertainment is doing something new: The studio revealed today that it’s working on a brand-new survival game set in “a whole new universe,” and it’s looking for help to make it happen.

“We are going on a journey to a whole new universe, home to a brand-new survival game for PC and console,” the studio said. “A place full of heroes we have yet to meet, stories yet to be told, and adventures yet to be lived. A vast realm of possibility, waiting to be explored.”

The job listings cover art, engineering, and design roles, and the individual job listings reveal a little more about what’s in store. It’s a “new AAA survival game,” and not a spinoff of an existing Blizzard game but a “new IP for PC/console,” set in “a world different from any other Blizzard has created.”

We’re building a survival game in an all-new universe.Join us in writing our next chapter: https://t.co/yf7W5p9ERQ pic.twitter.com/vWtkDYh1kXJanuary 25, 2022

A new Blizzard game is big news—it’s been building on past glories for years—but what makes this particularly interesting is the timing, which comes just one week after Microsoft announced its intention to purchase Activision Blizzard for $68.7 million. The deal may not close for more than a year, but there’s no ignoring the fact that at some point, Microsoft will formally take the lead in the decision-making process.

The announcement includes two images, neither of which (to my eye, at least) say much about what’s coming: A couple of kids in a park who stumble upon a portal to a strange fantasy world (complete with floating castle) and an elfin character wearing some kind of big bird costume, who may or may not be preparing to spring toward a magic mirror hanging on a tree. 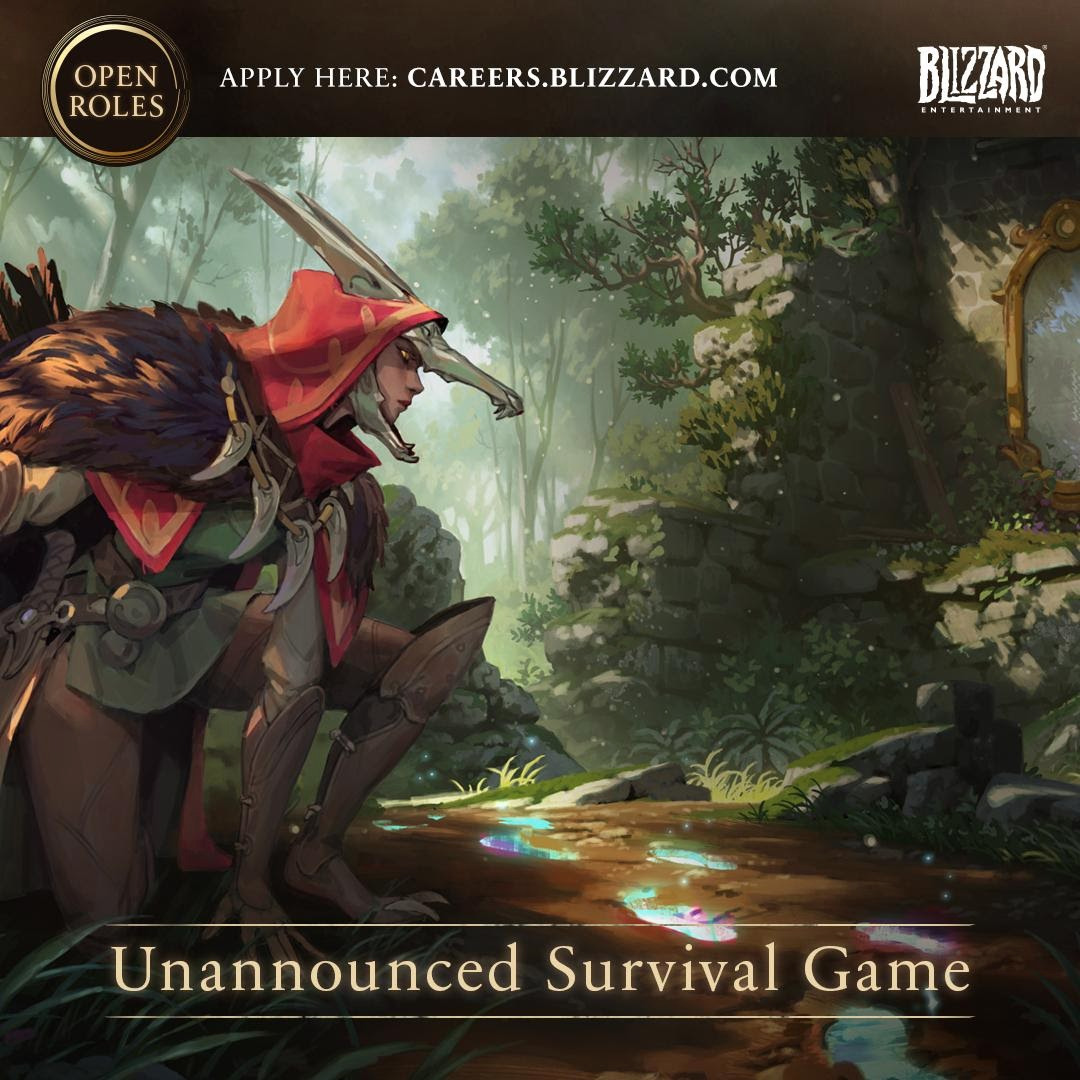 While it’s still early in the development process, it’s apparently not that early: Blizzard chief Mike Ybarra said on Twitter that he’s already “played many hours of this project with the team.”

I’ve played many hours of this project with the team and I’m incredibly excited about the teams vision and the brand-new world it presents for players to immerse themselves in together. Join us to help make it a reality! https://t.co/pLhijX2Li9January 25, 2022

The hiring announcement emphasizes that Blizzard wants “a diverse team of developers willing to lend their voices, to listen and to be heard.” It remains to be seen how well Blizzard’s teams and Activision Blizzard at large follow through on such commitments, which come amid turmoil following months of allegations of sexism and harassment in Blizzard’s past and present. Ybarra commented last week about efforts being made to rebuild trust in Blizzard, including the addition of full-time leadership positions focusing on culture, human resources, and diversity, equity, and inclusion, and an increase in the size of Activision Blizzard’s compliance and investigation teams.