All doubts in terms of ECHO’s potential were recently put to rest as the team’s star-studded lineup took down Bren Esports with a 2-0 clean sweep victory on the second day of the Mobile Legends: Bang Bang Professional League (MPL) Philippines (PH) Season 9. While Bren Esports displayed commendable attempts to keep the odds in its favor, Karl “KarlTzy” Gabriel Nepomuceno and Tristan “Yawi” Cabrera spearheaded ECHO and took control of the whole match series. Yawi’s hyper-aggressive playstyle coupled with KarlTzy’s formidable Lancelot gameplay proved too much for Bren Esports to handle. In the post-match interview, KarlTzy made a bold statement towards Bren Esports and its veteran EXP laner David “FlapTzy” Charles Canon.

The debate regarding ECHO’s super team finally found its conclusion on the second day of the MPL PH Season 9. In the match series against Bren Esports, ECHO managed to remain dominant thanks to Yawi and KarlTzy leading the frontline.

The first match saw ECHO’s Jankurt “KurtTzy” Russel Matira sweeping the floor with his Vale. KarlTzy also showed his expertise in using Lancelot during the first match. While fans were hoping KarlTzy would use the M2 Bren Esports skin, he chose to use another skin which the casters took as a sign that he has let go of his former team. 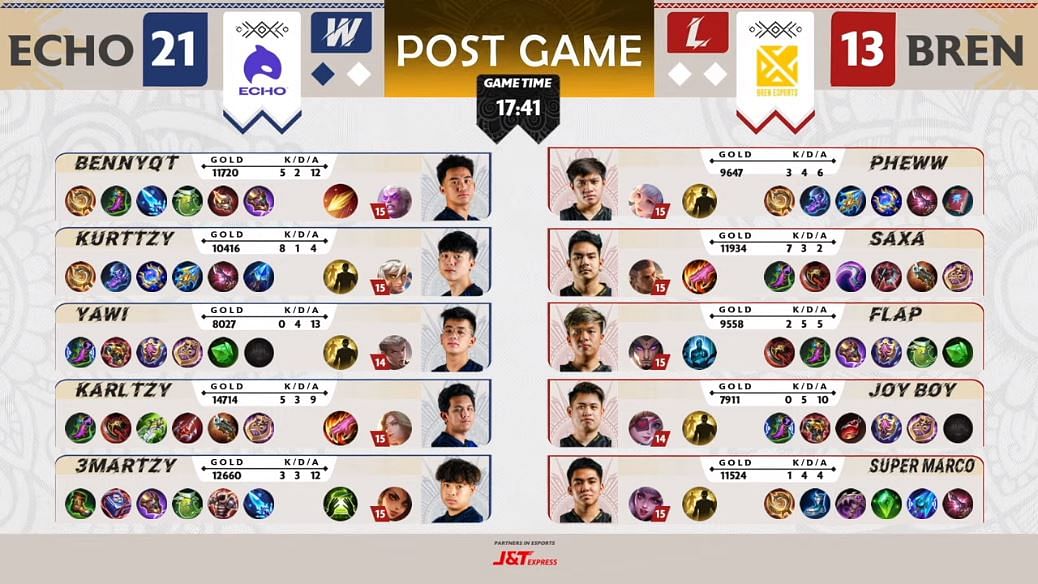 ECHO had a huge kill gap compared to Bren Esports.

ECHO kept its momentum up till the second match where it suppressed Bren Esports to the point where the team could barely farm for resources or secure objectives. Bren Esports’ jungler Kenneth “Saxa” Fedelin did his best to help his team gain the momentum they desperately needed but it was not enough against the all-star players of ECHO. The match series ended with a flawless victory score of 2-0 for ECHO.

Before the MPL PH Season 9 commenced, the official TikTok account of ECHO posted a video where KarlTzy challenged one of his former teammates from Bren Esports, Charles “Flap” Canon.

Following ECHO’s satisfying victory against Bren Esports, KarlTzy made another friendly retort towards his former teammate, Flap, and how Bren Esports should consider replacing him. 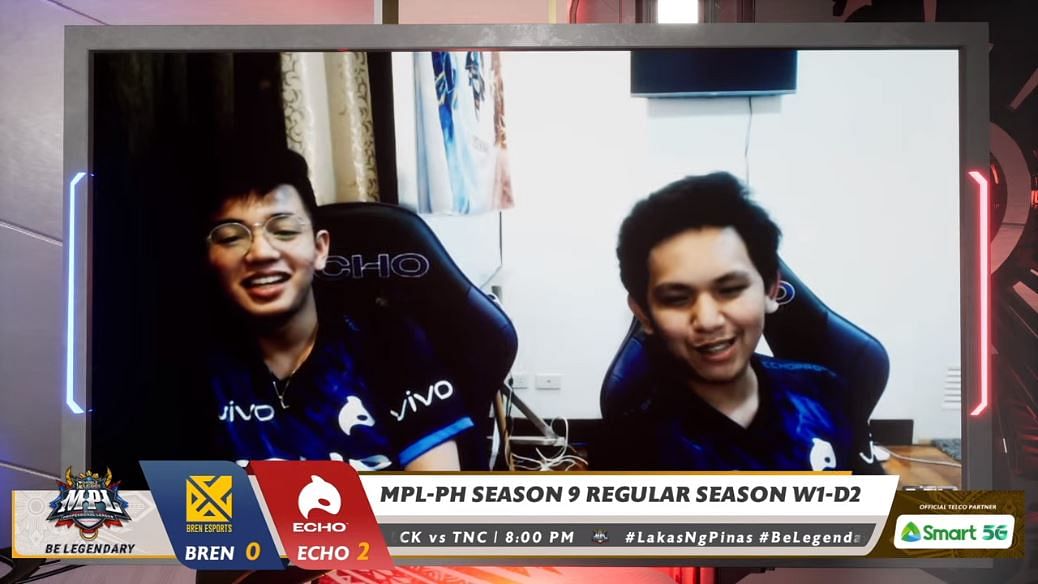 While the tournament is still in its first week, ECHO is off to a great start whereas Bren Esports will have to double its effort in the second week of the MPL PH Season 9 to redeem itself after this huge upset.

Keep up with the live scores, schedule, stream links, and more with AFK Gaming’s hub for the MPL PH Season 9.