Intel has some absolutely wild plans for upcoming processor graphics, and it’s all kicking off with Meteor Lake in 2023. Intel plans to stack some of its Arc graphics on top of the CPU and SoC components, which it says will deliver discrete graphics performance with something more of what we’d expect from today’s integrated graphics in efficiency.

“Meteor Lake is a brand new architecture that will enable tiled GPUs to be integrated on a 3D package. This is super exciting as this allows us to offer discrete graphics-class performance with the efficiency of integrated graphics,” says Raja Koduri, Intel chief architect, during the company’s latest investor briefing. (If you don’t know what a tiled GPU is, don’t worry—we explain a bit below).

“This is a new class of graphics—you can’t really call it integrated or discrete.”

It appears as though Meteor Lake will integrate 2nd gen Arc graphics, called Battlemage. That’s not noted explicitly, but from the diagram below it seems that Intel’s graphics generations will be in lock-step with CPU generations.

What we know so far is that Intel plans to launch Meteor Lake around 2023, as we have Intel Raptor Lake processors (based on Alder Lake) set to arrive before then. There will also be another generation following that, assumedly sharing the same architecture but with some improvements, though the name has not been confirmed by Intel. 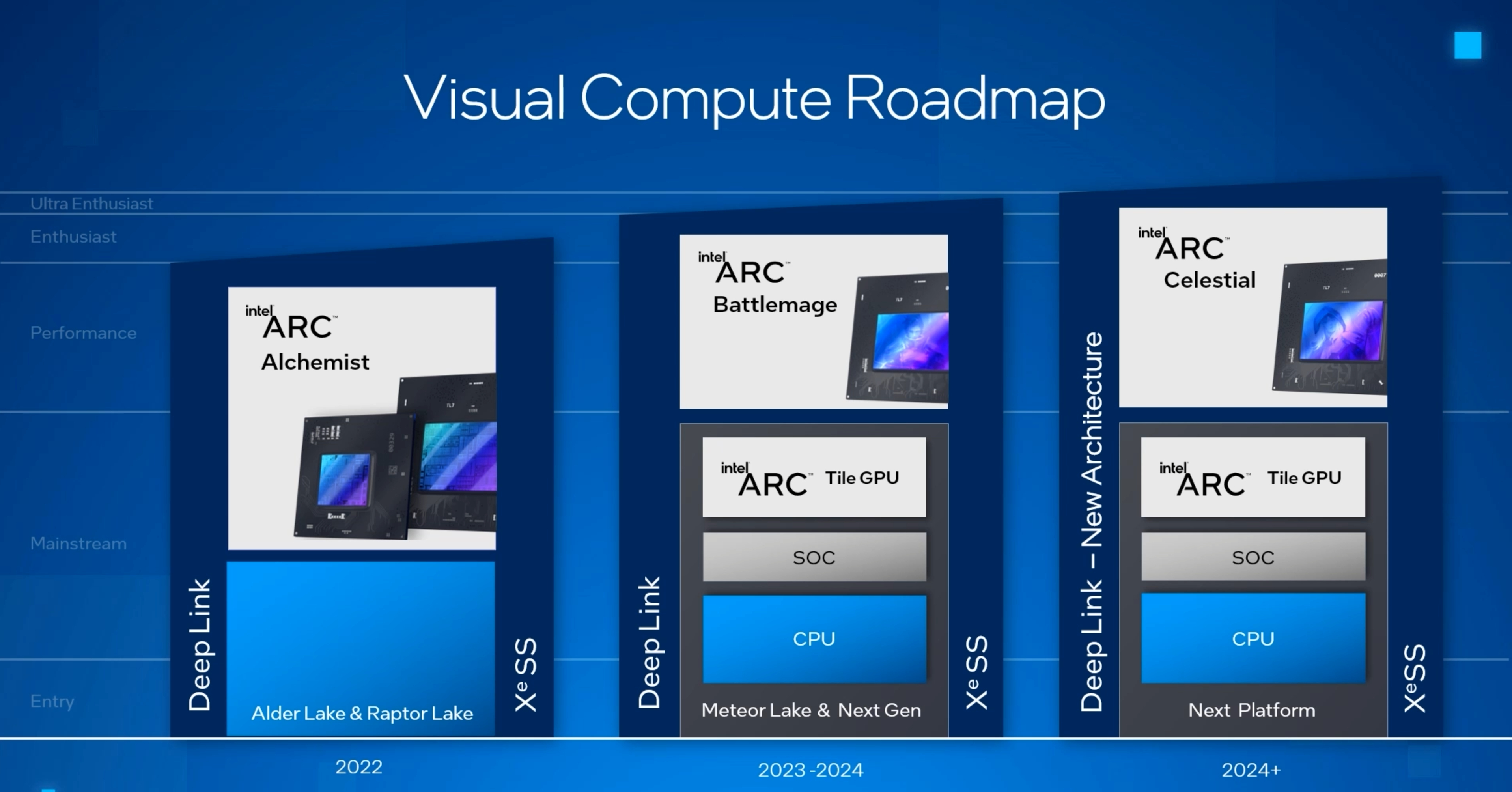 We have heard of Meteor Lake’s chiplets prior to this, though. Intel had released a diagram showing its three-tile architecture (Compute, SoC, and GPU), though later pictures snapped by a CNET reporter showed another fourth chiplet on the package. It’s early days, so we’ll see where that goes, but it’ll be exciting to see how this 3D packaged Arc GPU factors in.

Intel is using Foveros stacking technology to achieve all of this, and its EMIB interconnect too, a fancy term for a high-speed connection between the different parts of a complex chip. The key for graphics, though, is that Arc GPUs use what Intel calls “tiles.” These tiles, essentially discrete GPUs that can combine to make one larger chip, are supposed to offer Intel the ability to scale up and down its GPU component as it requires, and it looks like it plans to do just that with its Meteor Lake chips.

Though they’re not quite ready right now, or indeed anytime this year. “We’ll talk more about this in the future,” Koduri says.

Koduri also briefly teases what’s coming next after Meteor Lake and the likely related chip generation after that. It doesn’t have a name, but it’s touted with a similar make-up to Meteor Lake though with a new Deep Link architecture and what’s likely 3rd gen Intel Arc graphics.

“This is just the beginning of the strategic advantages that this tiled architecture will give us.” 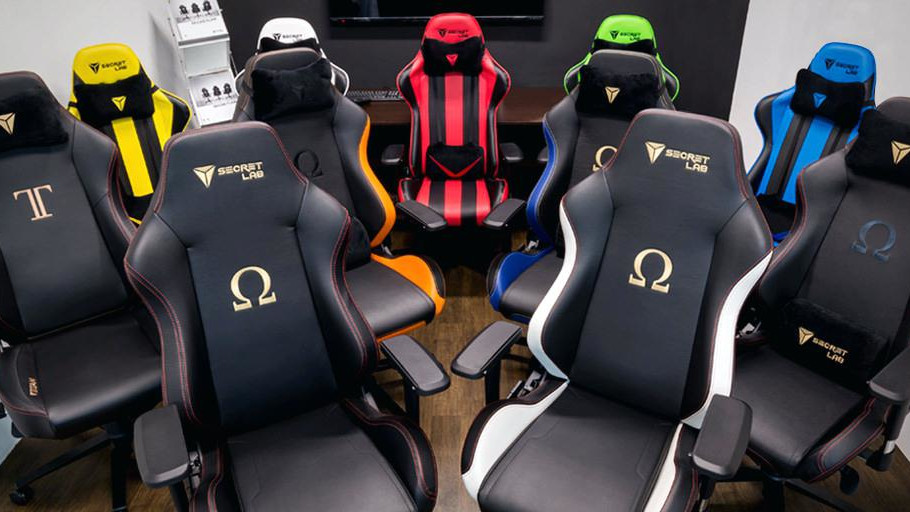 Best chair for gaming: the top gaming chairs around
Best gaming desk: the ultimate PC podiums
Best PC controller: sit back, relax, and get your game on

No doubt it’s an exciting time for Intel and indeed PC gaming—we’re on the verge of a whole new third player in the graphics card market. That could be a really big deal for graphics card prices, as competition is good for the lot of us, and that’s the case even if Intel’s offerings aren’t fighting it out at the high-end.

Though Intel does hope to fight (and apparently win) in every segment it competes in, meaning it needs a high-end ultra enthusiast GPU to beat Nvidia and AMD. Apparently, that is its Celestial GPUs, which are tipped for sometime around or after 2024.

Much sooner though we’ll have our hands on the first of four million Arc Alchemist 1st gen GPUs from Intel, which will arrive in mobile in Q1 and then on desktop in Q2.