Today Ubisoft revealed the full roadmap for the seventh year of operation (yes, I made a pun) of its squad-based tactical shooter Tom Clancy’s Rainbow Six Siege.

This follows yesterday’s reveal of Operation Demon Veil and its Japanese operator, Azami, which will kick off the year.

We learn that the other operators that will come this year will hail from Belgium, Singapore, and Colombia.

On top of that, we take a look at the fact that both seasons two and three will have more new maps, while the developers are aiming for more security by fighting cheaters and griefers, culminating in a beefy reputation system in the fall.

We also get a new onboarding system to teach new players the game, aim control personalization and a field of view slider for consoles, and more.

That being said, cross-play and progression won’t come until season 4.

You can find the full roadmap and check the videos out below. 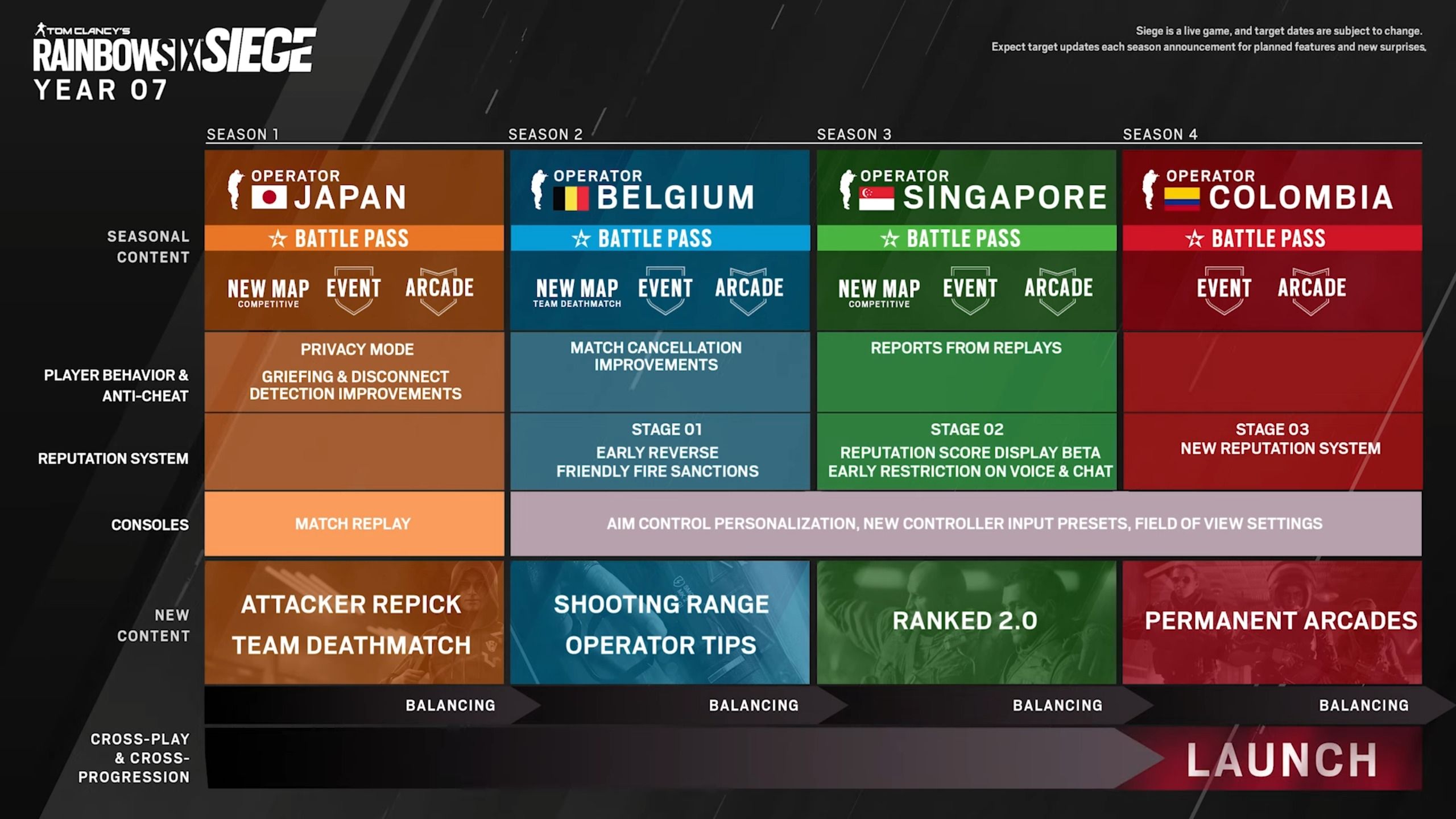 If you’d like to see more of the game, you can check out the previous operation, High Caliber, which focused on the Irish operator Thorn.