The team at Mane6 will now be part of Maximum Games, as the official announcement from the Them’s Fightin’ Herds developer has confirmed. Maximum Games own Modus, a “full-service publishing label focused on bringing AAA publishing services to the best independent developers around the world”.

Sounds like it will be good news for players though, as it will give Mane6 more resources to grow their team and improve the game as a whole. There’s some big plans to expand the game too including new characters, a finished story mode by the end of 2022, translations into other languages, level 3 super moves and plenty more. 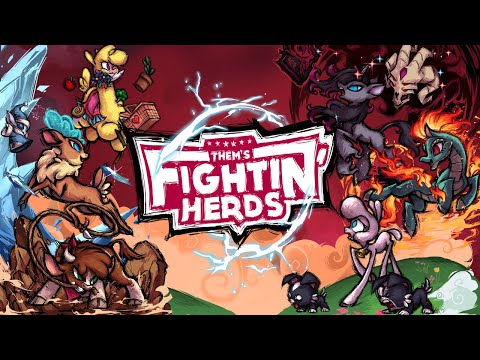 From the press release: “Today we are celebrating our new partnership with Modus Games and look forward to continue our work on Them’s Fightin’ Herds. It’s been a true labor of love and we’ve now found a home with the talented team at Modus and Modus Studios,” said Aaron Stavely, president of Mane6.

Added Christina Seelye, CEO of Maximum Games and Modus Games, “Our entire team is incredibly excited to welcome Mane6 to the family and we can’t wait to show fans more of what we’ve been working on in the coming months.”

You can buy it from Humble Store and Steam.