Total Warhammer 3 interview: “this is our first final boss” 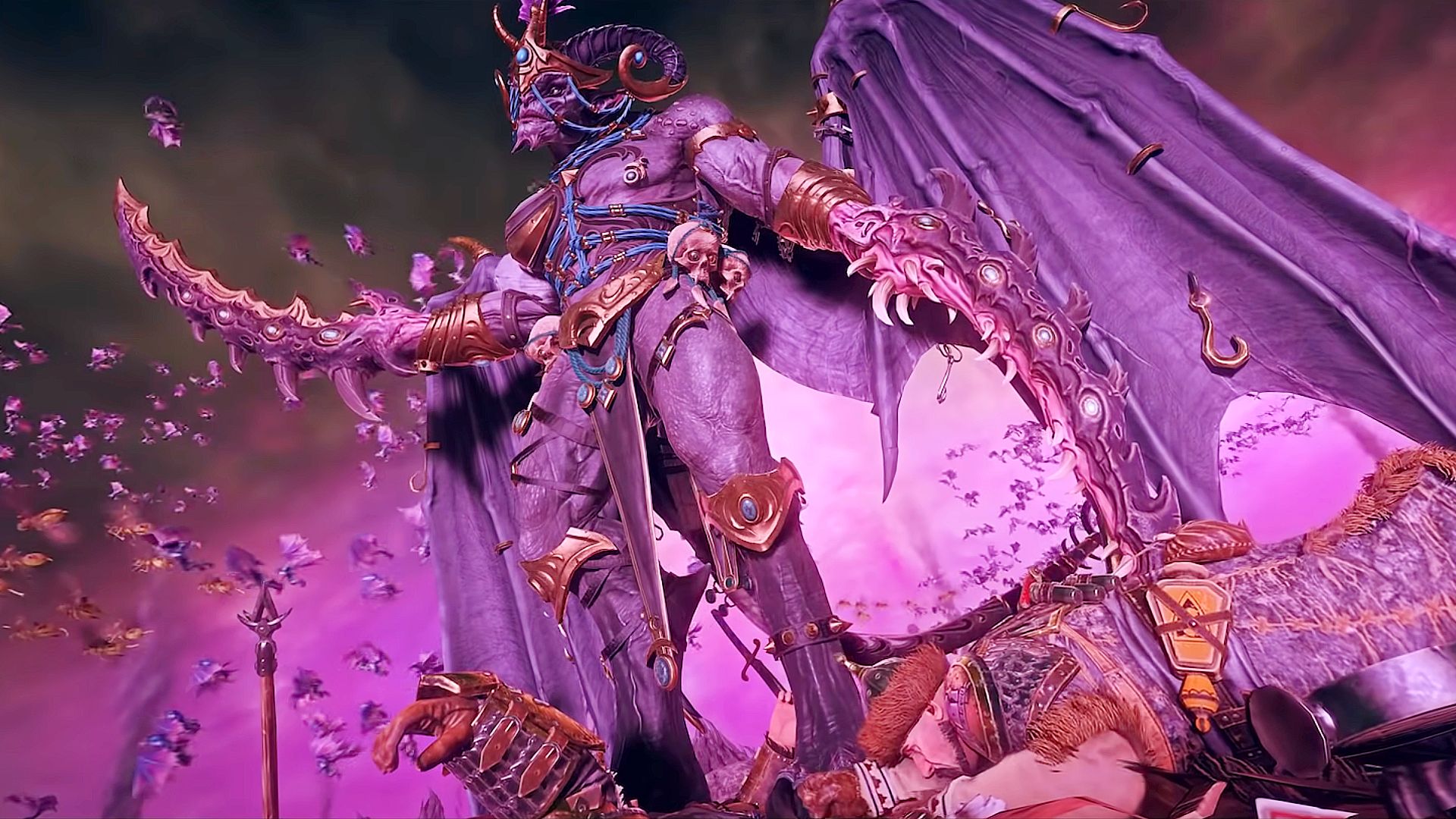 With less than a month to go until release, Total War developer Creative Assembly has flung aside the curtain on Total War: Warhammer III – which you can pre-order here, coincidentally . That doesn’t mean we know everything about the strategy game now, but we’ve glimpsed enough to understand how much more there is to see. The curtain stretches for miles.

I recently got to play 50 turns of the single-player campaign as both the Daemons of Chaos and Grand Cathay’s Miao Ying. Mid-way through my session I’d thrown away most of my prepared questions and vibed my interview with game director Ian Roxburgh and principal writer Andy Hall, who had a lot of fun with the fact that I know enough about Warhammer to make certain assumptions which he, apparently, plans to upend.

You can read my hands-on impressions here and catch up on the headlines regarding Be’lakor, customisable Daemon Princes, the Great Maw, and eight-player co-op multiplayer at those links – like I said, big curtain – but first on the agenda is a new mechanic that’s core to the campaign: rifts.