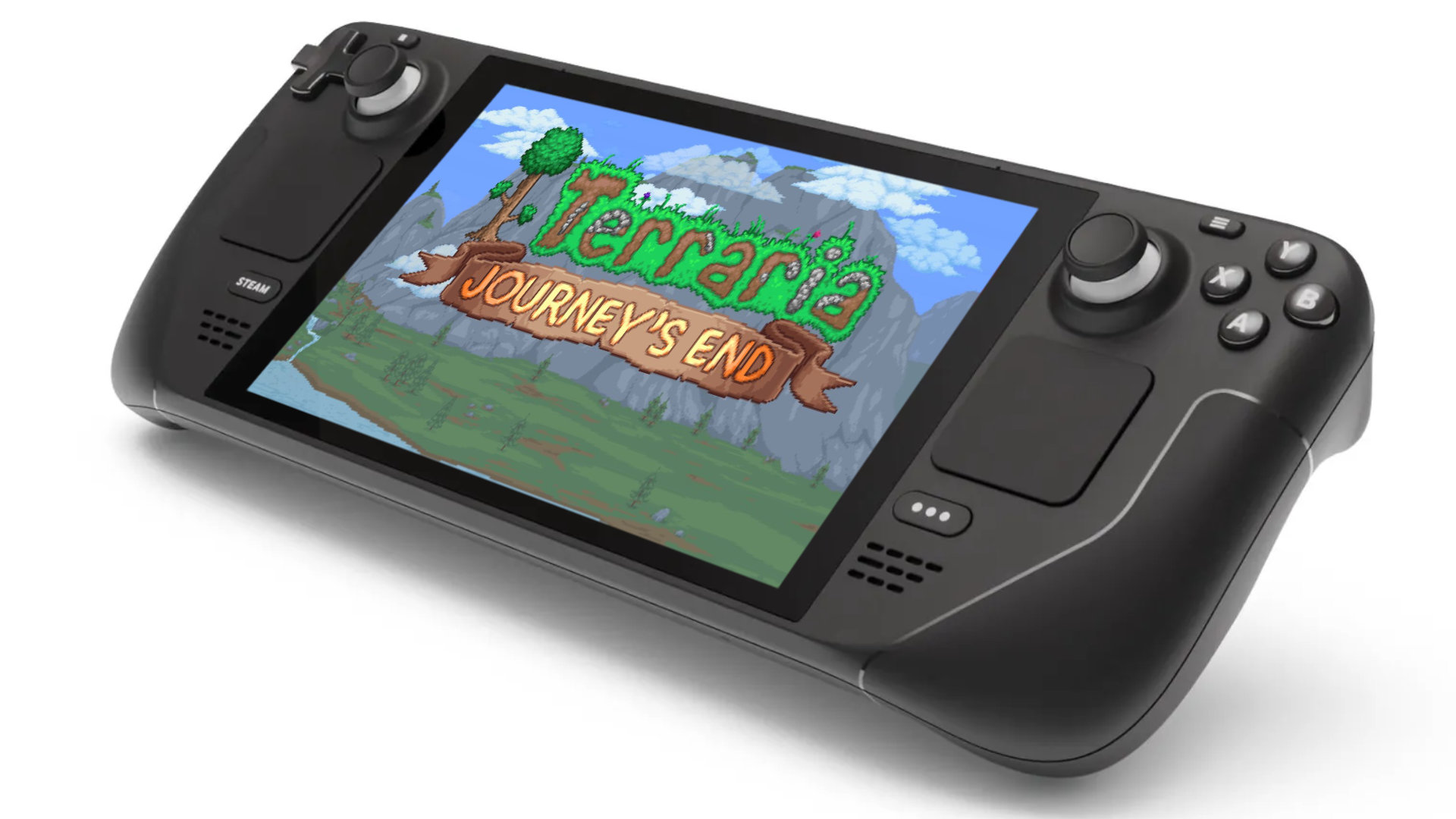 Valve’s made a huge commitment to its Steam Deck compatibility ahead of next month’s release, but a large portion of the responsibility still lies with game developers. Fortunately, Re-Logic is working hard to get Terraria: Journey’s End running smoothly on the portable gaming PC, revealing that “optimisations are nearly complete” on its monthly State of the Game blog.

There’s no telling when the update will be available to download, but it won’t be long until the game gets that shiny verified badge as the developer says it should “be ready well in advance” of the Steam Deck release date in late February. Since it’s primarily aimed at enhancing the Steam Deck experience, there isn’t much in it for players on other platforms beyond a handful of bug fixes – which is never anything to scoff at, but also nothing to ring home about given how stable the game already is.

This should hopefully scratch the same itch as the PS Vita version, which hasn’t received love since 2016 and is missing the Journey’s End update.