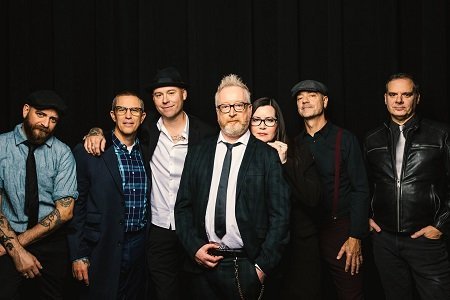 Flogging Molly will have their first in-person St. Patrick’s Day celebration in Los Angeles since 2019, and they’ll expanding things with an outdoors festival at Hollywood Palladium.

Flogging Molly are currently working on the follow-up to their 2017 album Life is Good, which peaked at number eight on the Top Alternative Albums chart. A new single titled “These Times Have Got Me Drinking” will be released on March 10 via Rise Records. Pre-saves can be made here.

“It’s a perfect song for right now, I think it summarizes everything our band is about – which is celebration with our loves ones in trying times. It’s about joy amidst, and in spite of, stuff trying to grind us down. Being able to announce a return to the Hollywood Palladium for St. Patrick’s Day is a happy thing indeed. We can’t wait to be back in Los Angeles where it all began.”

March 8 Knoxville, TN The Mill & Mine 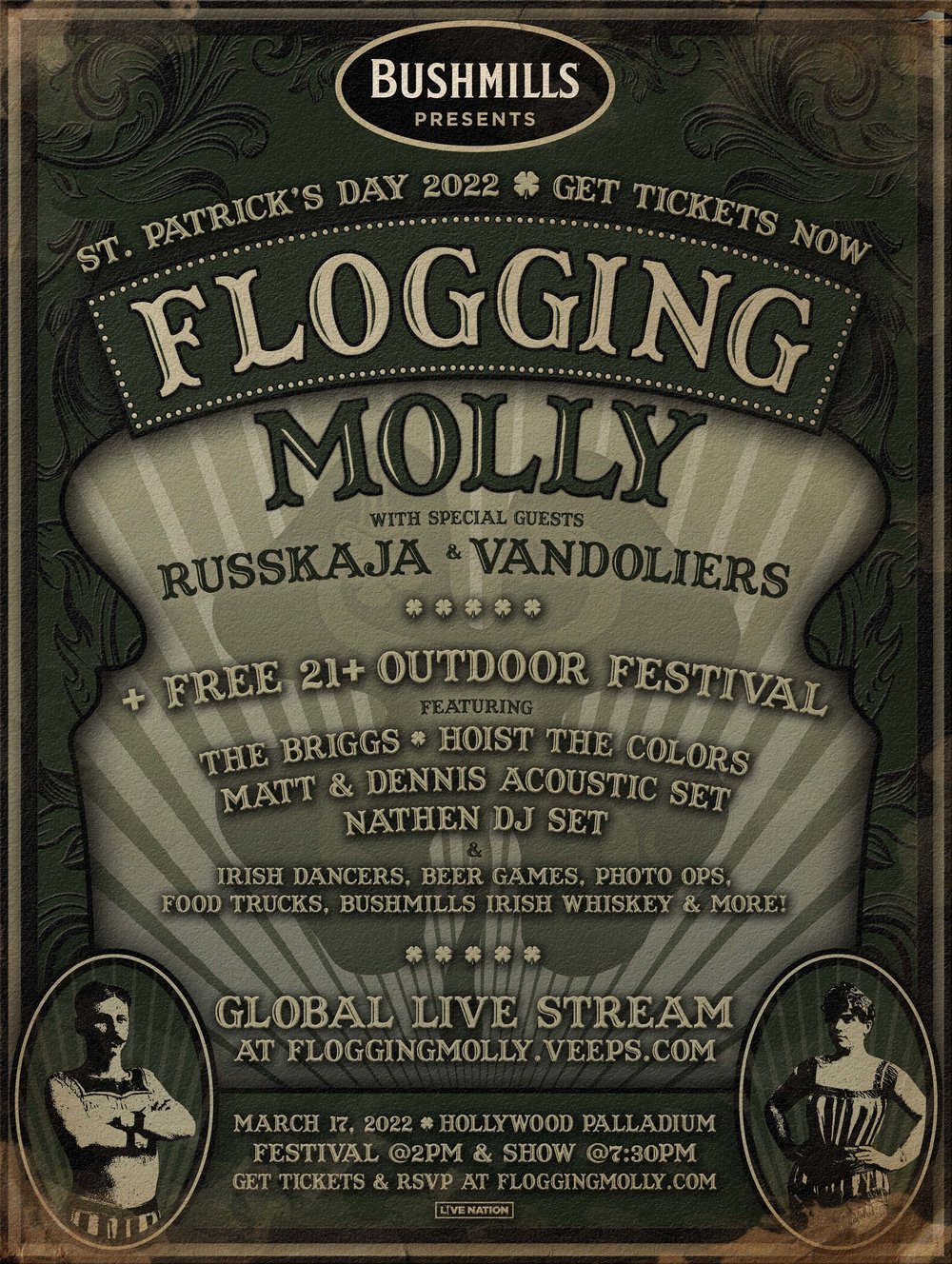