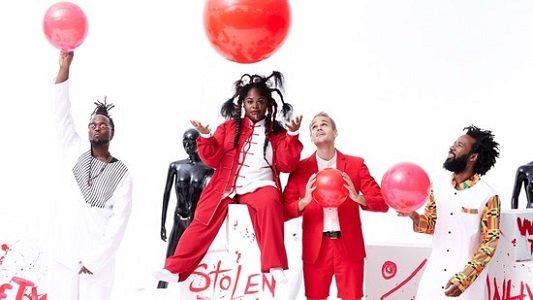 The new track, which can be heard below, stems from Tank and The Bangas’ forthcoming album Red Balloon, which will be released on May 13 via Verve Forecast. Vocalist Tarriona “Tank” Ball said this about the song:

“The song is about my love for Black people—everything that they are, everything that they do, their hair, the little girls, Jazzfest. All the beautiful things about us and the things that we like to cover up with pain, laughter, food and music, the family secrets, all of it. The way we look at other Black people that have so-called ‘made it,’ like Cicely Tyson and Serena Williams and Tyler Perry. It’s an ode to Black people.”

Pre-orders for Red Balloon can be made here. “Black Folk” is available on digital services right now.

Tank and the Bangas will be touring with Cory Henry, Big Freedia, and Trombone Shorty this spring. Tour dates can be seen below. Tickets are on sale to the general public right now.

Tank and The Bangas tour dates