Riot Games released Patch 12.4 on 16th Feb and with every new patch, the state of the game changes as there is a bucket load of adjustments made to champions, items, and systems. League of Legends has over 158 champions and not all of them produce the same results when thrown into a ranked game. This is usually because some of them fit well within the current meta and seamlessly work around other popular champions of the patch. But the early win rates help gain insight into what can be expected from the upcoming patches.

The statistics only reflect the current status of the new patch and could change over time.

Here are the top three League of Legends champions that are ruling the roost in Patch 12.4 in the tiers of Platinum and above. Singed has a rather unique playstyle. His ability kit revolves around dealing damage mostly by running in circles around enemies and by being difficult to catch. This is one of the big reasons why not a lot of players play him or prefer playing against him. He is designed to be a mobile champion and players need to have a good macro knowledge of the game. The more a player chases a Singed, the more they get punished.

This champion is usually played in the top lane, but playing him in the mid lane presents players the opportunity to go a semi-tank build and deal ability power (AP) damage. 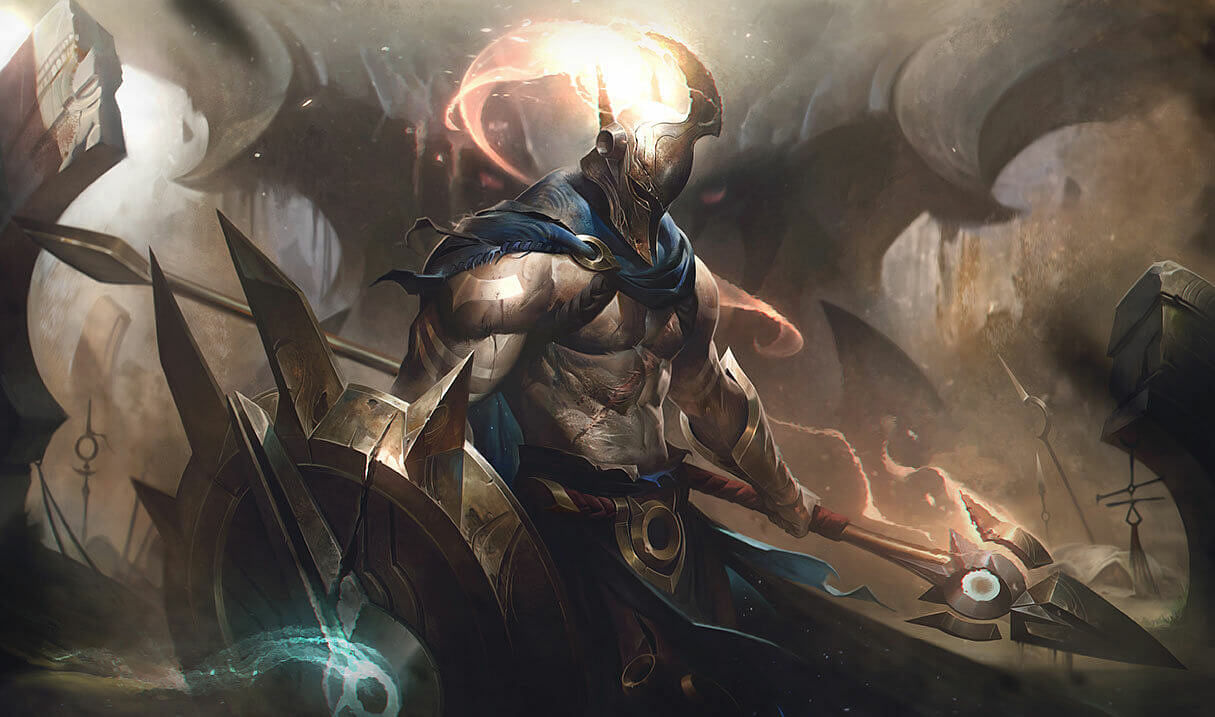 Pantheon is truly a terrifying champion who uses his ability kit to both burst and lockdown his foes, giving players the tools they need to force 1v1 engagements and melt priority targets in team fights. He has a semi-global ultimate that lets him move to other lanes or join team fights when least expected. Due to the crowd control potential he offers, Pantheon is a viable pick in all the lanes. He went from being picked in top-lane to being prioritized as a support champion. But now in Patch 12.4, mid-lane Pantheon has the second-highest win rate in the game. Seraphine as a champion was intended to be played in the bottom-lane as a support, but players soon started playing her in the mid-lane, thanks to her sustain and damage output. But now, Seraphine has been spotted as a carry in the bot lane and this pick has the third-highest win rate in League of Legends Patch 12.4.

Replacing the attack-damage carry (ADC) in the bottom lane with a mage can often turn unsuccessful while focusing on neutral monsters like Baron Nashor or the dragons. Courtesy of her kit that deals tremendous amounts of damage, Seraphine steps in and fills the void. Seraphine is a fairly simple champion that does not need players to memorize combos to use her kit effectively.

Interestingly, the three highest win rate champions have been untouched by the Riot Games developers team. It has been a long time since Singed, Seraphine or Pantheon made it to the patch notes.

Regardless of skill tier and ranks, it is always good to understand what the current meta is and which champions are finding success. The statistics were sourced from U.GG.