Troll Despair is used in Twitch chat and Reddit quite frequently and its usage spiked after Forsen, xQc and other popular streamers started using it fairly regularly.

Twitch emotes over the years have evolved into an internal language and even passive viewing has become interactive and entertaining. Twitch’s emotes add flavor and spice to the broadcast and they often translate into inside jokes for the community. One such emote that has quickly risen to popularity is Troll Despair. Troll Despair is an emote that is widely used on Twitch and Reddit. It is a BetterTTV (BTTV) emote which is a variation of Troll Face surrounded by shadows. This unsmiling Troll Face or Trollge emote has an expression of ‘despair’.

What is the Meaning of Troll Despair in Twitch Chat?

The Troll Despair emote is typically used when recalling sad or disappointing events in Twitch. Users on Twitch can often be seen typing “the ____ incident TrollDespair” while recalling a particular event.

It was popularized by internet personality and Canadian Twitch streamer Félix “xQc” Lengyel. Back when watching reality television (TV) shows on Twitch was mainstream, xQc binge-watched shows like MasterChef US. Whenever a contestant failed to complete a task successfully and was eventually eliminated from the competition, the chat in xQc’s stream would spam TrollDespair and quote the task at hand.

For instance, if a contestant got eliminated due to an undercooked salmon, users would spam “TrollDespair the salmon incident.”

Clueless is also another emote that became popular alongside Troll Despair. xQc added the Troll Despair emote to his chat on 13th Oct, 2021.

This variation of Trollface gained its name and popularity from a series of videos that warned the viewers about the upcoming arrival of an entity named “Trollge” and advised the viewers to seek shelter. The videos were initially posted in a few subreddits in November 2020 and were popularized online through reposts.

The Troll Despair emote or the Trollface Incidents meme refers to a series of new wave Troll Face Rage Comics that narrate the story of various real and fictional events. This emote was originally in a meme format that was popularized in early 2021.

Following this, the meme format achieved a viral presence on platforms including Reddit and Twitch. 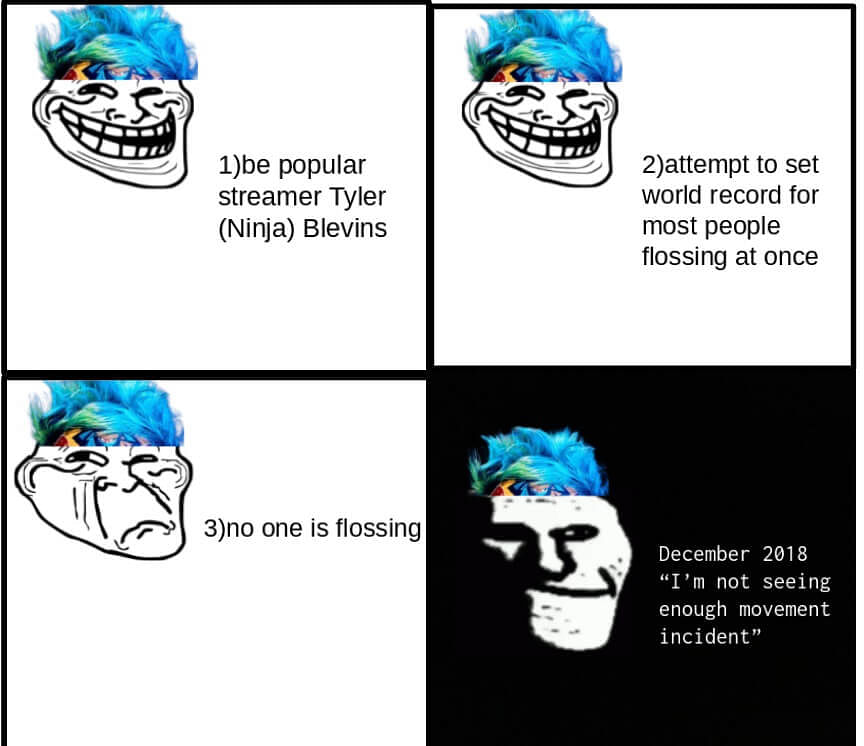 What Does Hopium Mean in Twitch Chat and Where Did It Originate?